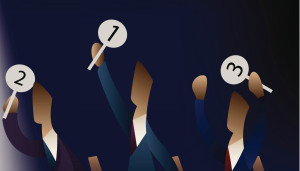 PartsTrader users in and out of State Farm’s direct repair program should know that the company takes its bid-to-order threshold seriously.

We recently received a copy of a letter warning a collision repairer who’d allegedly failed to follow 60 percent of its solicitations for bids with an actual parts order. The shop would be warned, then suspended, and then face an unspecified punishment, PartsTrader wrote. (PartsTrader’s terms of use allow it to kick users off the service.)

We don’t know if the shop in question is part of State Farm’s direct repair program network. But for a Select Service shop, losing access to PartsTrader could cost it repair volume. The nation’s No. 1 auto insurer requires its DRP shops to use PartsTrader as a condition of joining the network and being recommended to State Farm policyholders.

“Repairer may select any Quote, any combination of Quotes, or reject all Quotes,” PartsTrader tells shops using the service, which solicits bids rather than list prices from vendors to fill a buyer’s part searches. “Repairer shall select a Quote if one or more Quotes substantially conform to the Request. Repairer shall use best efforts to place Orders for at least 60% of its Requests.”

The clause incentivizes vendors to do business on PartsTrader with the prospect of its sales being part of a buyer’s 60 percent. It also helps prevent the salesman’s dilemma: spending time with a customer and giving a lowball deal — only to have the buyer leave and try to price-match it with a competitor. (For PartsTrader, which takes a cut of sales, there’s also an additional benefit of a somewhat predictable revenue stream.)

“In any on-line market, the market ‘manager’ (in this case PartsTrader) needs to ensure that both buyers and sellers are treated fairly within the market,” PartsTrader business development Vice President Dale Sailer wrote in an email. “We use various means to accomplish this, one of which is the 60% order threshold, which, in this case, protects the seller. …

“PartsTrader believes that any supplier requested to quote on the part by a repairer should have an authentic opportunity to capture the part sale.  This means that we have a reasonable expectation that when a repairer puts out a quote request, it will purchase the part from a supplier from whom it requested a quote.”

Now, the 60 percent rule is part of terms of service repairers agree to when signing on to PartsTrader. A contract is a contract, and PartsTrader is certainly within its rights to enforce a provision agreed upon by both parties.

But it made us wonder about shops who make a good-faith effort to order through PartsTrader but which because of conditions out of their control can’t hit the 60 percent mark.

For example, what about a State Farm DRP shop whose PartsTrader bidders are consistently too far away to meet cycle time standards, or a repairer which does a lot of luxury work and needs parts not readily available on PartsTrader? A shop can plead all they want, but nothing can compel the suppliers they may need to join PartsTrader. (Good luck, for example, getting Tesla to do anything it doesn’t want to do.)

We put that question to Sailer. He agreed that a certain wiggle room was appropriate, but wrote that a 60 percent threshold wasn’t unrealistic:

“As for hypothetical shops, they don’t exist in the real world.  With over 8000 suppliers in the PartsTrader market, Tesla’s market share under 1%, and State Farm’s under 20%, it is virtually impossible for a repairer using PartsTrader in good faith to fail the 60% test.”

Still, Sailer wrote, a shop can always appeal the warning and explain whatever circumstances led to the threshold not being met for the period examined by PartsTrader.

“That said, any shop receiving a communication from us is given ample opportunity to argue their case, especially as our approach is progressive in nature,” he wrote. “We provide a minimum of one documented warning prior to considering any suspension in service, and our optimal outcome is to uncover and successfully address the root cause of the issue.”