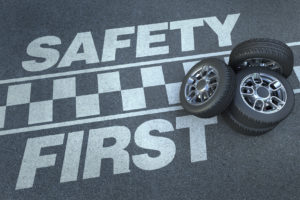 Workplace safety standards allegedly violated by a Pennsylvania Dent Wizard were among the most commonly breached concepts by the auto body industry in 2014-15, OSHA data shows.

Occupational Safety and Health Administration statistics indicate that the broader auto body and paint industry received a combined 653 citations following 124 inspections between October 2014 to September 2015. For that, it was fined a total of $431,619.

OSHA on June 1 told Dent Wizard it planned to levy $51,000 in fines after allegedly discovering 31 serious and nine minor violations at a Manheim, Pa., location.

Many of the alleged “serious” violations at the branch involved paint operations, including fire hazards, while others involved employee protective gear or the employer’s handling of it.

“Dent Wizard is committed to the safety and well-being of our employees,” Dent Wizard said in a statement provided to the Lancaster County Business Journal. “We have cooperated fully and have taken, or are taking, the necessary actions to correct any and all perceived deficiencies.”

The Manheim Dent Wizard allegedly racked up the most violations under the “Spray finishing using flammable and combustible materials” standard, which was the third most frequently cited standard for the auto body and paint industry.

The industry received 51 citations in 26 inspections for a combined $62,817 penalty.

Next for the Dent Wizard came alleged violations under “Respiratory Protection,” the most commonly cited standard in the industry. Auto body and paint operations earned 250 citations in 92 inspections and owed $78,156 in penalties during the fall 2014 to fall 2015 period.

Dent Wizard saw just two citations from OSHA under the “Hazard Communication” category, but its peers made that the second most often violated standard, posting 146 citations in 74 inspections. Altogether, $50,173 in fines were levied.

The data and Dent Wizard example indicate areas to which collision repair shops and similar workplaces might wish to pay particular attention to avoid nasty surprises from inspectors — or worse, an injured employee.

Double-checking with local regulators or consulting with various compliance or industry experts to ensure employees truly have the right safeguards in place might not be a bad idea.

Other OSHA records seem to indicate the agency conducted 363 total inspections over the year. As noted earlier, 124 inspections produced citations, which means about 34.2 percent were out of compliance.

However, it appears that a shop failing on one part of an inspection probably failed another part of it. Given the 653 citations found in 124 inspections, citeable shops averaged 5.27 violations.

Of course, some violations are what OSHA considers “other-than-serious” which in the Dent Wizard allegations weren’t paired with a proposed fine. (One, for example, involved an allegation that a port-a-potty lacked proper hand drying equipment.)

Featured image: It’s easy to be safe in a workplace whose business is just these four tires. (Franck-Boston/iStock)