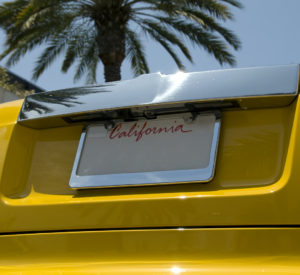 A proposed “anti-steering” regulation for California auto insurers has been revised, loosening a requirement that insurers back up statements made to a customer about the policyholder’s choice of body shop but also changing the scope of what could be an improper statement.

The new proposed regulation might take effect in as few as 15 days from the agency’s release of the document Monday while a final round of written public comment is solicited through 5:30 p.m. Oct. 11. Find out how to leave comments here or email Damon.Diederich@insurance.ca.gov

Democratic Insurance Commissioner Dave Jones’s administration this spring suggested the regulation as a response to complaints that insurers continue to steer despite a 2009 prohibition. Besides giving insurers better guidance on what the agency expected from the rules on the books, the proposal defined some nebulous terms like “reasonable” time or distance, restricted insurers from forcing an inspection to be done at a DRP shop before a customer could patronize a non-DRP shop, and demanded proof to back up any disparaging of non-DRP shops.

“After the passage of the current regulations, the Department continued to receive complaints that insurers engaged in steering consumers to specific automotive repair shops,” the agency wrote in its reasons for the regulation change.“From 2009 through present day, there have been over 160 complaints related to Ins. Code section 758.5. Based upon the Department’s investigation of these complaints, the Department concludes that in many cases, consumers’ rights to select a repair shop have been violated under the Ins. Code. When untruthful and deceptive information is conveyed by insurers, consumers are unknowingly forced to take their automobiles to shops they may not have wanted to go to in the first place, and other competitive automotive repair shops may lose potential business, stifling the free market and consumers’ rights to select a repair shop.”

Collision repair professionals seeking advice on getting customers through referrals and marketing should check out “Selling and Marketing in an Increasingly Competitive Marketplace” with Steve Trapp of Axalta, “Marketing To Your Referral Sources: The Business of Acquiring Business Leads” with Frank LaViola, Collision Industry Marketing, “Competing with the Talking Car – Virtual Steering” with Steven Feltovich of Sherwin Williams and  “Today’s Marketing Landscape: Reaching People, Not Demographics” with Frank Terlep of Summit eMarketing Sherpas. The sessions are part of the Society of Collision Repair Specialists’ Repairer Driven Education Series from Nov. 1-4 during SEMA. Register here.

Here’s some changes we noticed in the new proposal; see the full text here.

The new version of the steering rule makes it a little easier for insurers to comply — or steer? — as it trades formal proof for “reasonable” behavior.

Under the spring version, an insurer representative had to provide documentation to support whatever they were saying to dissuade a customer from using a particular shop.

The draft released Friday doesn’t require that paper trail. It only bars such speech “if the statement is known to be, or should by the exercise of reasonable care be known to be, untrue, deceptive or misleading.” That’s a different concept than having proof of whatever is being said.

This is interesting because one could sort of read it as barring misleading positive speech that an insurer makes about its own DRP shop selected by a customer.

The other major changes proposed for the document relate to rules intended to keep insurers from crankily inconveniencing customers who didn’t use a DRP shop with distant or delayed inspections.

Finally, restrictions on how far an insurer can require a claimant to travel for an inspection were slightly loosened to 15 miles (up from 10) in urban areas with 100,000 or more people. The inspection trip still can’t exceed 25 miles anywhere else.