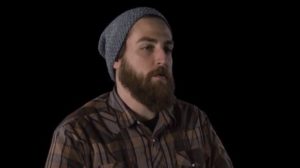 On Friday, the site’s Collision Hub News Network carried an interview with the vehicle owner, and the report confronts the auto body ecosystem with some of its hottest controversies, concerns and criticisms — as seen through the eyes of a customer.

Check out the segment in the video below starting at about 03:57, and check out the news magazine each month on the Collision Hub YouTube channel if you aren’t already.

An insurer-referred shop which logged high CSI and quick cycle time — but also screwed up the repair.

The insurer recommended a shop which the customer recalls described as “certified” (the interviewee doesn’t say by whom) and as offering a lifetime warranty, according to the CHNN footage.

“What could be wrong with that?” the customer says on the show. He looked up the shop online and saw it got great reviews.

During the repair process, the shop kept him updated on the Golf’s process and got the work done quickly.

“I was pleased, completely pleased,” he says, recalling later that “I gave ’em a 10 out of 10 on everything.”

He recalls that his concerns at the start of the collision repair process were out-of-pocket costs and how quickly he’d get his car back.But after the post-repair inspection, he learned  “there’s a lot more to the repair process than I would know. And just by looking at that, how would I know?”

“You just assume” that a shop will be able to fix one’s car correctly, he also says, but “apparently, that’s just not the case.”

The car “looked as good as new,” the customer recalls in the CHNN video. Over time, however, he noticed “minor things” like the weather stripping whistling and brought it in to be reinspected.

Upon learning of the botched repair, he says he thought about how he’d been driving around for six months unaware of the potential danger to “my friends and family, riding in there.”

“Something bad really could have happened to somebody,” he says.

CHNN reports that the inspection revealed a laundry list of serious mistakes — and not the cosmetic, understandable flaws the customer expected.

“I didn’t expect it to be as integral as it seems to the safety in that section of the car,” he says.

Ultimately, the insurer totaled the Golf.

FCA has found that 60 percent of customers which received an incomplete or inadequate repair sold or traded that car within a year, according to Sean Carey of SCG Management Consultants. About 63 percent of those dissatisfied customers switch brands.

The customer featured in the CHNN broadcast tells the news show he bought the Golf because it “met all the requirements that I needed” in terms of storage and fuel economy. It was his “first real big expenditure, right out of college.”

Now that it’s been totaled, he’s looking for a different brand, possibly a Honda Civic.

“Not a Volkswagen,” he says in the broadcast. “They’re apparently too hard to repair.”