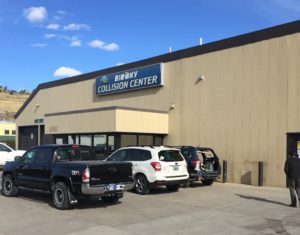 For months, a Montana collision repairer kept statistics on his three shops’ repair orders to examine the necessity of pre- and post-repair scanning and whether the dash light can serve as an indicator of fault codes.

His findings from scanning more than 200 vehicles and comments in interviews this year bear out what OEMs have been saying: Vehicles require scanning, and the dash light is for customers, not auto repair professionals.

McDonnell Group President Matthew McDonnell, who uses one of Collision Diagnostic Services’ asTech devices, shared the results with us last month. They’re presented here with the customers, insurers, and repair order numbers redacted to protect privacy, and minor stylistic edits for easier sorting. Gaps in the data typically indicate vehicles received at the shop but which have not yet received a particular step in the repair process.

Here are some of the highlights of the study, which presents a template for other data-driven repairers to follow: McDonnell said the scan study was a logical offshoot of an earlier attempt to study how well his estimators matched up, following a complaint that “your estimators are too different.”

He found a difference spanning several hours in their labor times, and concluded, “This isn’t good.”

“We really got calibrated,” he said, doing an extensive study of P-pages and OEM requirements.

The McDonnell Group later took an interest in scanning, and decided to perform a similar study to analyze the issue.

“We were really the tip of the spear here,” said McDonnell, who pointed out that scanning didn’t have the industry attention at that point.

The shop had an asTech scanner — “We just got lucky,” McDonnell said, by having something that could act like an OEM tool from the start — and it began to scan everything, comparing codes at intake with codes following the repair.

49 out of 50 cars came back with codes related to the repair or collision, which McDonnell called “another ‘Oh crap,’ moment.”

At that point, the McDonnell Group decided to check dash light data as well and collect subsequent findings in the spreadsheet. Technicians found that a vehicle typically needed a “pretty hard hit” before dash lights would appear. (McDonnell’s chart also details tow-in and five-figure repairs brought into the shop without dash lights but with pre-scan codes.)

Some OEMs, such as Nissan, only strongly recommend pre-repair scanning — but don’t mandate it. However, McDonnell said his technicians “live and die by the prescan” and the details it provides them about modules and parts requiring attention.

If you waited until the end of the repair to scan the car and found, “we have to replace this, this and this,” and start tearing the car back apart to do so, “who’s going to pay us to do that?” he said. (Not to mention the impact such a rework would have on cycle time, customer satisfaction and rental car bills — all of which affect an insurer as well.)

McDonnell’s study didn’t track dash lights encountered following the repair. “It makes me want to redo my Excel spreadsheet,” he said when asked about this.

However, asked if his staff saw many vehicles with a dash light on post-repair, he said “most times, no.”  As the data show, diagnostic codes still existed unseen within the system.

McDonnell said that while there are “still guys saying it,” the misconception that diagnostic trouble codes always trigger dash lights seems to be dying among insurers.

For months, a Montana collision repairer kept statistics on his three shops’ repair orders to examine the necessity of pre- and post-repair scanning and whether the dash light can serve as an indicator of fault codes. (Provided by the McDonnell Group)