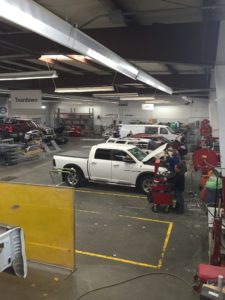 After showing insurers a robust internal data set supporting the need to pre- and post-repair scans, carriers grew amenable to the idea, the owner of a three-shop Montana MSO said.

A couple of carriers challenged the idea of paying for scans when some codes are generated by the repair itself.

But McDonnell said he nips that in the bud with two arguments.

The first: “How do I move the vehicle from my body stage to paint without turning the key?” The battery must be reattached, “unless I have a crane,” he said.

The second: “You’re paying me for blend panel.” There’s nothing wrong with that panel, but it must be removed and installed and painted so the vehicle is returned to aesthetic pre-loss condition. It’s just part of the repair.

Other carrier representatives have attempted to forgo scans for hail damage, arguing it’s not a collision. The adjuster’s right in that no vehicle-vehicle collision occurred (though hail slamming into a car is still arguably a collision, even if covered under a different type of insurance).

However, many other criteria specified by an OEM as demanding a scan  — for example, battery disconnection, glass removal or significant disassembly — arise during hail repairs, McDonnell said.

“I take the whole car apart,” he said of bad hail damage.

Once he points this out with documentation, the adjusters approve the expense — particularly if a supervisor is copied on the correspondence.

McDonnell’s operation is obsessive about documentation, and while “we just don’t give up” when it feels it’s right, it has good relationships with several of the local insurers in part because of this record-keeping.

He praised State Farm, which he called “out of sight” on cooperation for the whole repair, including scans. USAA was similarly “fantastic,” as was local carrier Mountain West Insurance (“They’re like a handshake.”). McDonnell also complimented Progressive, which nationally can have a poor reputation but which he said has grown from a “3” on a 10-point scale to about a “7” thanks to what he said was good leadership in the area and the fruits of his own efforts.

McDonnell said that “I think they understand” what his company is trying to do, and really seems to respond well when the McDonnell Group can demonstrate that another insurer is paying for a particular item.

For months, a Montana collision repairer kept statistics on his three shops’ repair orders to examine the necessity of pre- and post-repair scanning and whether the dash light can serve as an indicator of fault codes. (Provided by the McDonnell Group)