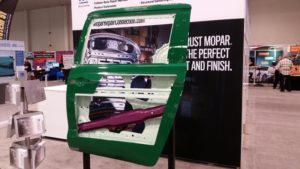 Ducker Worldwide estimated last week that aluminum doors will have gone from virtually nonexistent in 2014 to 25 percent of the North American fleet in 2020 — just three years from now.

Aluminum doors were on fewer than 5 percent of vehicles in 2015. In 2014, only the Tesla Model S had them, according to Ducker.

The consulting firm, whose projections seem to be held in high regard by those tracking lightweighting, also estimated 71 percent of hoods would be aluminum by 2020, up from 50 percent in 2015 and seemingly well on tract to meet an earlier projection of 80 percent aluminum hoods by 2025.

And if that weren’t enough to complicate auto body repair, Ducker predicted that bumper beams would grow from 33 percent aluminum in 2015 to 54 percent in 2020.

Ducker automotive and materials director Abey Abraham, who presented the findings last week at the Center for Automotive Research’s Management Briefing Sessions, noted then that one OEM plans to make all future bumper beams out of aluminum extrusions.

(Abraham didn’t say which one. If this was a reference to a luxury or exotic OEM, this isn’t as exciting. However, there’s the intriguing possibility that it’s Honda, whose next-generation Civic, Ridgeline and Odyssey all have unrepairable aluminum beams.) 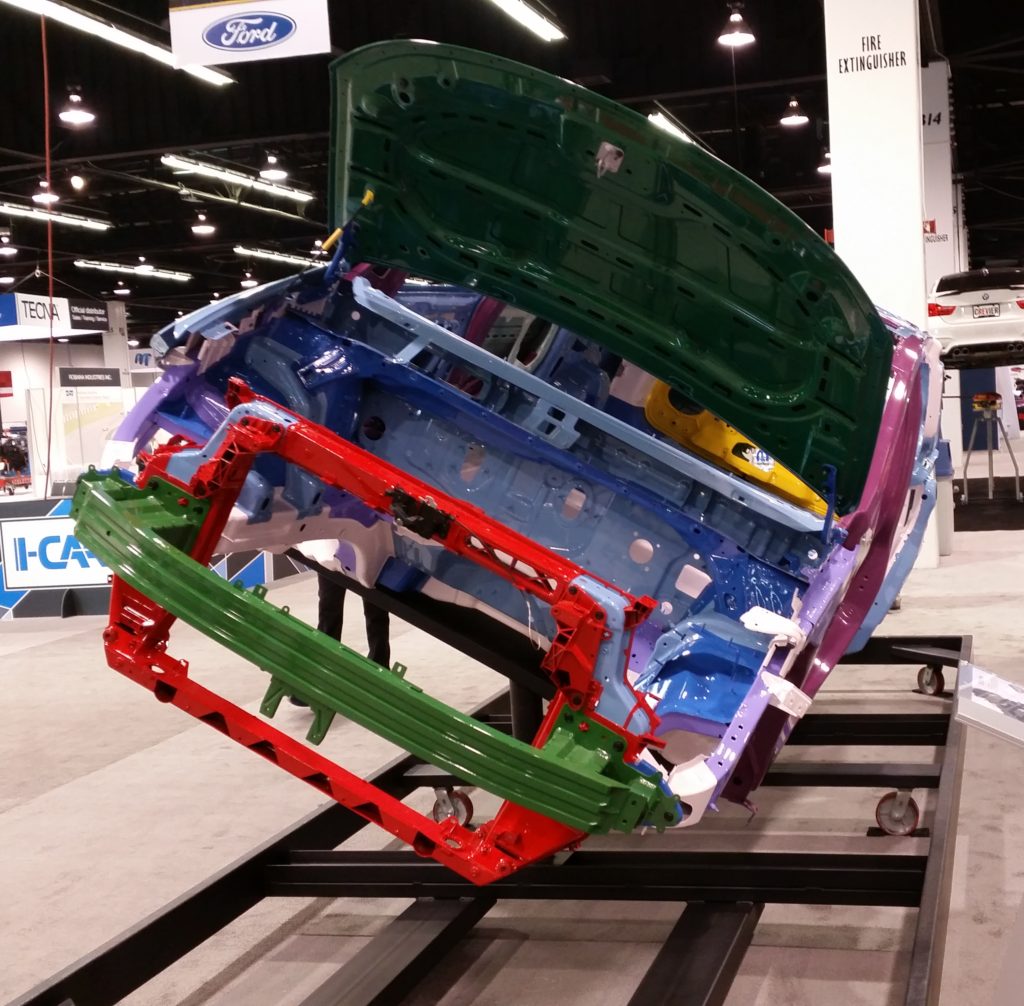 It will be imperative for a shop to have dedicated aluminum tools, space and equipment as well as aluminum-trained techs by 2020. All these will be needed if the shop wants to fix both those latest-model cars — but also to repair the smaller concentration of aluminum on the 2015 vehicles which will make up a large percentage of one’s repair orders that year. The average repairable vehicle is 6-7 years old.

“You need that (dedicated area) when you’re fixing a door ding on an aluminum panel,” Vehicle Collision Experts CEO Mark Olson said on June’s “Repair University Live,” echoing what OEMs have told us.

Predicting three years into the future might seem like a stretch, but Ducker appears to be making a pretty safe bet with the latest edition of its industry analyses commissioned by the Aluminum Association. Ducker noted that the federal CAFE emissions standards which have spurred lightweighting are locked into place through 2021 — it’s only 2022-25 which are still up in the air.

Ducker also has talked to OEMs and suppliers itself about what the manufacturers plan to do, and it said it used data from the Center for Automotive Research, which has also polled OEMs about future plans. At this point, OEMs largely know what they’re going to make in 2020, as Ducker observed:

“Most vehicle programs through 2020 have been finalized, or are nearing final production commitments,” Ducker wrote in the public version of its report. “The 2015 to 2020 section is the result of a detailed ‘Bottom up’ model and component analysis of production vehicle materials content. …

“Most of the major materiel decisions have been made for vehicles to launch in the next four years. Those decisions reveal that advanced grades of high strength steels and aluminum will be added to achieve a mass savings from material substitution of approximately 100 pounds.” 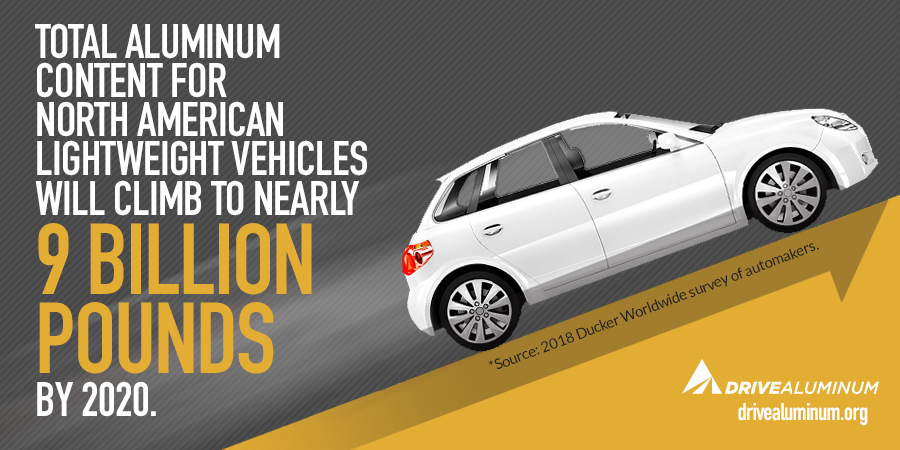 An average of 61 pounds of aluminum sheet for closures was predicted for the vehicle of 2020 — more than 2.5 times higher than 23 pounds in 2015 and “more growth for closures than expected,” Ducker wrote.

Kaiser Aluminum engineering and technology Vice President Doug Richman, who also serves on the Aluminum Association’s Aluminum Transportation Group, estimated in 2015 that 44 percent of closures would be aluminum by 2025.

Bodies-in-white will nearly double in aluminum sheet, Ducker estimated, rising from 14 pounds in 2015 to 26 pounds in 2020. As for extrusions, Ducker predicted increases in more than bumper beams. “Aluminum extrusions for crash management parts are expected to increase by nearly six pounds per vehicle, up 65%,” the firm wrote, and extruded body-in-white parts will double to 4.4 pounds by 2020. 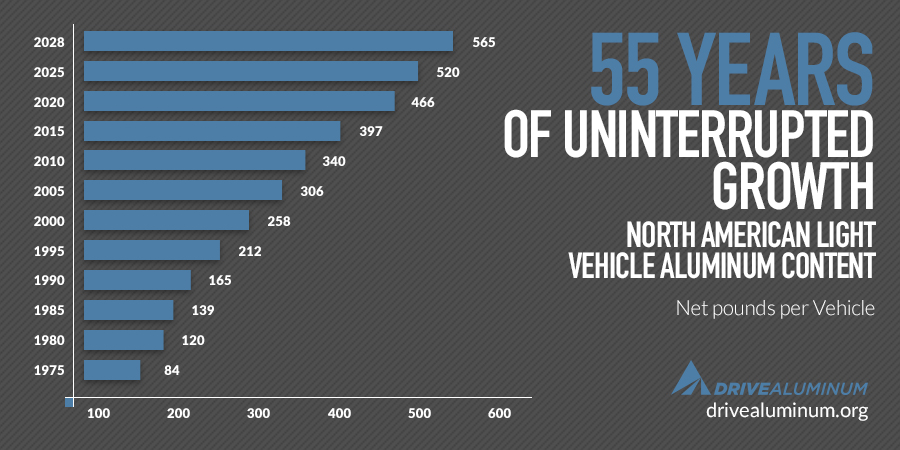 Ducker also reported it was surprised by how much aluminum was going into “body components and sub-frames,” which will grow from 2.6 pounds to 14.4 pounds by 2020 — “significantly more than expected.”

“Aluminum remains the fastest growing automotive material over competing materials and is entering its most unprecedented growth phase since we’ve been tracking the shifting mix of automotive materials,” Abraham said in a statement. “To further improve fuel economy, battery range,safety and overall driving performance, automakers no longer default to a single material and instead are pursuing a multi-material design approach where the best material is chosen for the best application. This design evolution is what’s driving aluminum’s increased market penetration in the auto sector.”