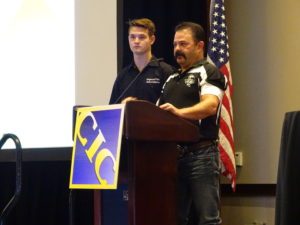 The 501(c)3 charity, which provides replacement tools and necessities to collision ecosystem professionals impacted by catastrophes, announced earlier this year it would help victims of Hurricanes Irma and Harvey.

In a Collision Industry Conference presentation, CIF disaster relief Chairman Michael Quinn gave the industry an overview of the charity’s efforts and the kind of lives industry donors touched. Some of the recipients of CIF’s aid were present for the Oct. 31 event during SEMA Week.

“Imagine that’s what you come back to,” Quinn said, showing a slide of devastation. 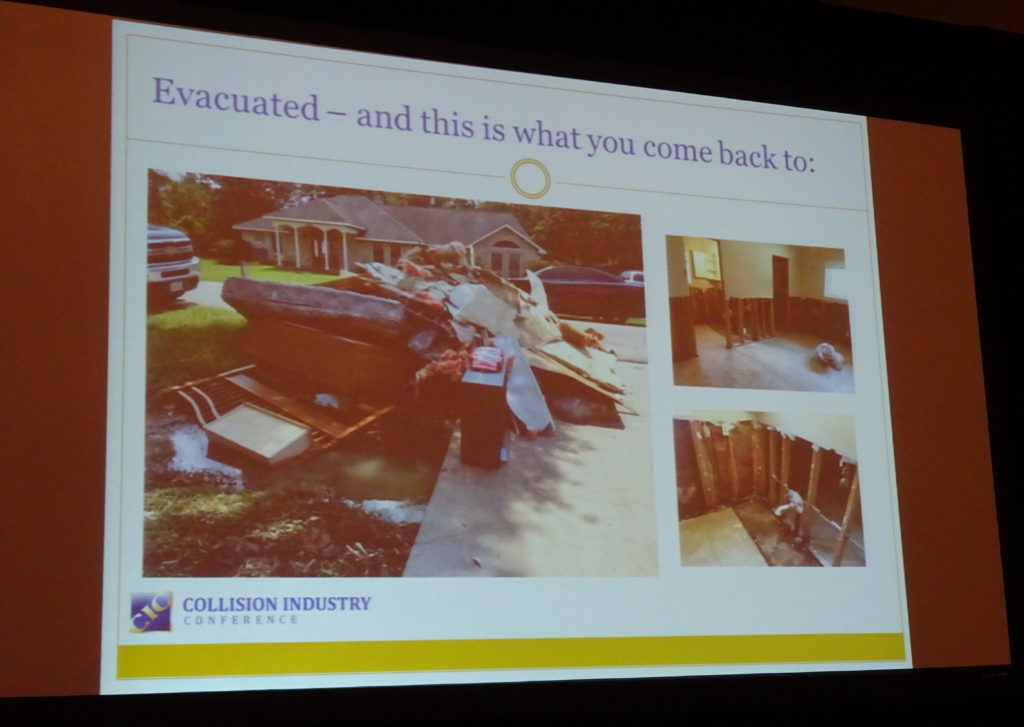 Quinn said Hurricane Harvey left collision repairers and other Texans particularly devastated, as few in the region had flood insurance coverage and were “on their own.”

“A lot of areas that did not normally flood, were flooded,” Quinn said, and pointed out also that officials deliberately flooded part of the region as a larger safety measure.

“None of those folks were insured,” Quinn said. He recalled one body technician helped by CIF who had built a brand-new home — for which the bank didn’t require flood insurance — and never had a chance to make the first mortgage payment before “bang, he gets hit.”

Another technician assisted by the charity said he had to postpone a root canal indefinitely to buy clothes for his family.

A family of repairers took the money CIF gave them and put it towards their practice of boarding equestrian horses for the Special Olympics. 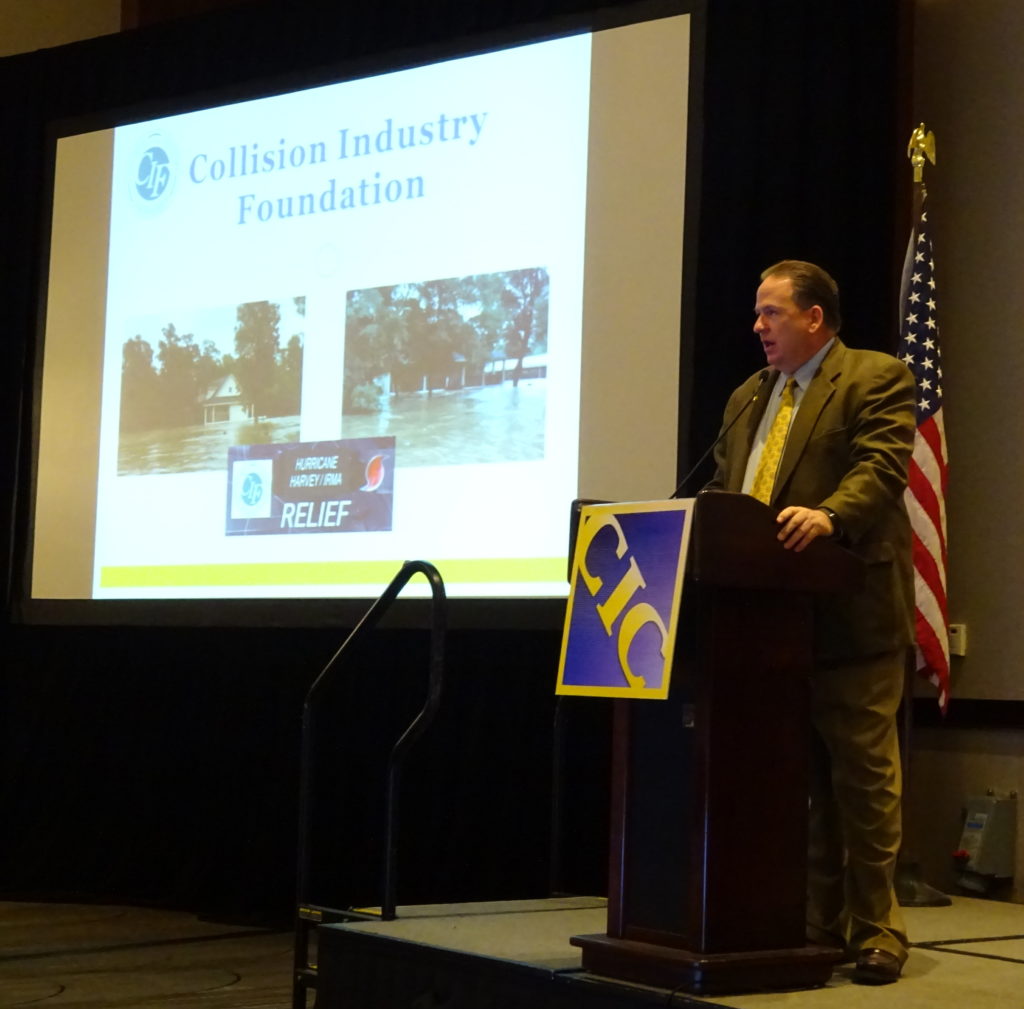 CIF also helped Kingwood Park High School‘s vo-tech program. Quinn said collision repair head Jeff Wilson described the technical program as “‘last on the waiting list'” in terms of aid, as other schools in need of books and supplies were rated a higher priority by officials.

Wilson, who was present at CIC along with collision repair student Cameren May, said his three-year program’s first-year contingent included 77 students. After Hurricane Harvey, students began to unenroll because they knew the storm had affected Kingwood Park High.

But Wilson started to get phone calls from the “wonderful industry” and assistance from the CIF.

“From my heart, you really touched these kids and helped them follow their dreams, Wilson said. “… They would have went to another program instead of coming to mine.”

“You helped hundreds of America’s youth,” Wilson said. “… I cannot thank you enough for all of that.” 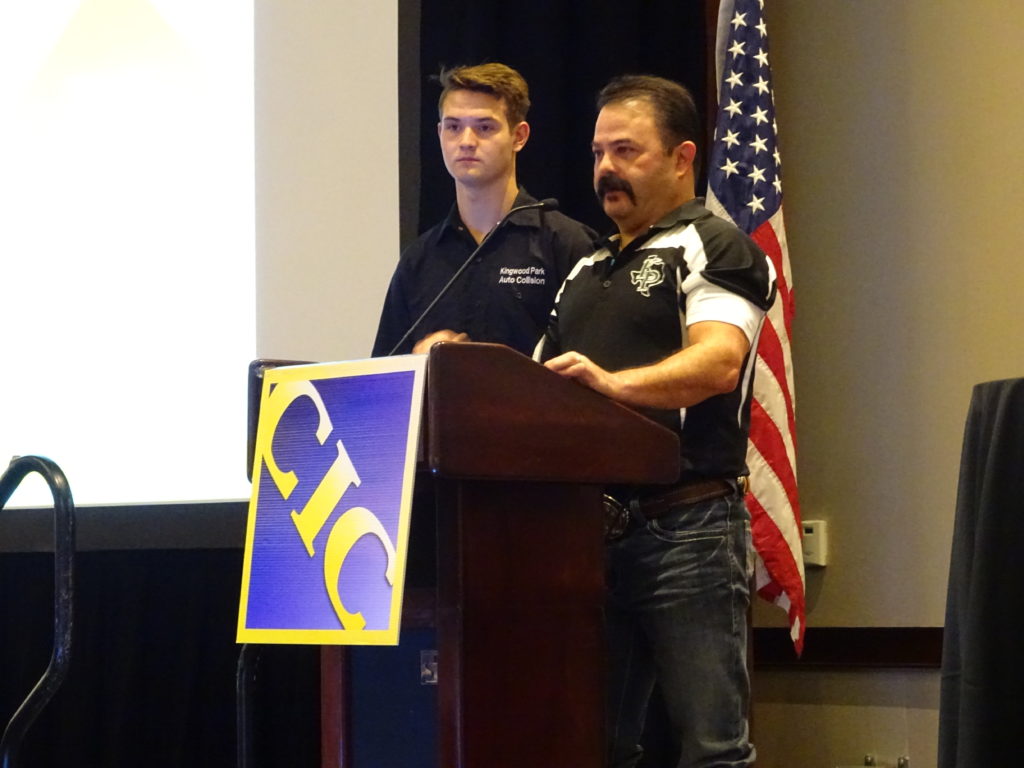 Also, don’t forget that the Collision Industry Foundation is on Amazon Smile. If you designate them as your charity and buy stuff on smile.amazon.com instead of the regular Amazon website, the retail giant will donate a little bit to the foundation every time you buy one of millions of designated products.