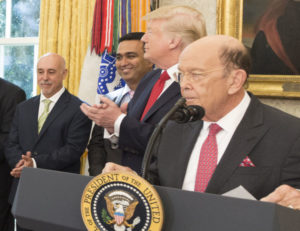 The Automotive Body Parts Association on Wednesday called upon members to oppose the prospect of the Trump administration imposing a tariff on automotive parts from outside the country.

“The ABPA would like to first express our respect for the administration’s intentions to protect US industries, their employees and our homeland security in an ever-expanding world economy,” the trade group wrote in a position statement. “However, we oppose all tariffs targeting the automotive industry and specifically imported auto parts because ultimately, they severely diminish free enterprise and competition establishing undesirable domestic monopolies that would compound the impact of the tariffs on Americans.”

The Commerce Department announced May 23 that Secretary Wilbur Ross launched a Trade Expansion Act Section 232 investigation into “whether imports of automobiles, including SUVs, vans and light trucks, and automotive parts into the United States threaten to impair the national security.”

“Today, I met with Secretary of Commerce Wilbur Ross to discuss the current state of our automobile industry,” Republican President Donald Trump said in a statement. “I instructed Secretary Ross to consider initiating a Section 232 investigation into imports of automobiles, including trucks, and automotive parts to determine their effects on America’s national security.  Core industries such as automobiles and automotive parts are critical to our strength as a Nation.”

He also tweeted: “There will be big news coming soon for our great American Autoworkers. After many decades of losing your jobs to other countries, you have waited long enough!”

There will be big news coming soon for our great American Autoworkers. After many decades of losing your jobs to other countries, you have waited long enough!

The Commerce Department wrote that passenger vehicle imports rose from 32 percent to 48 percent of cars over the past two decades.

Automotive manufacturing jobs fell 22 percent between 1990 to 2017 “even though Americans are continuing to purchase automobiles at record levels,” the agency wrote.

The Commerce Department will investigate if the rise of imported cars and parts is a national security threat, though the agency only referenced the economy in the news release.

“Automobile manufacturing has long been a significant source of American technological innovation,” the agency wrote. “This investigation will consider whether the decline of domestic automobile and automotive parts production threatens to weaken the internal economy of the United States, including by potentially reducing research, development, and jobs for skilled workers in connected vehicle systems, autonomous vehicles, fuel cells, electric motors and storage, advanced manufacturing processes, and other cutting-edge technologies.”

“There is evidence suggesting that, for decades, imports from abroad have eroded our domestic auto industry,” Ross said in a statement. “The Department of Commerce will conduct a thorough, fair, and transparent investigation into whether such imports are weakening our internal economy and may impair the national security.”

Bloomberg on May 25 cited an anonymous source to report Trump was considering a tariff of up to 25 percent on vehicles; it’s unclear from the article if the same amount is being considered on individual parts as well.

Nearly all the major OEMs build cars abroad and import them to the U.S. — including domestic producers FCA, General Motors and Ford, Bloomberg reported May 31 citing LMC Automotive Data. 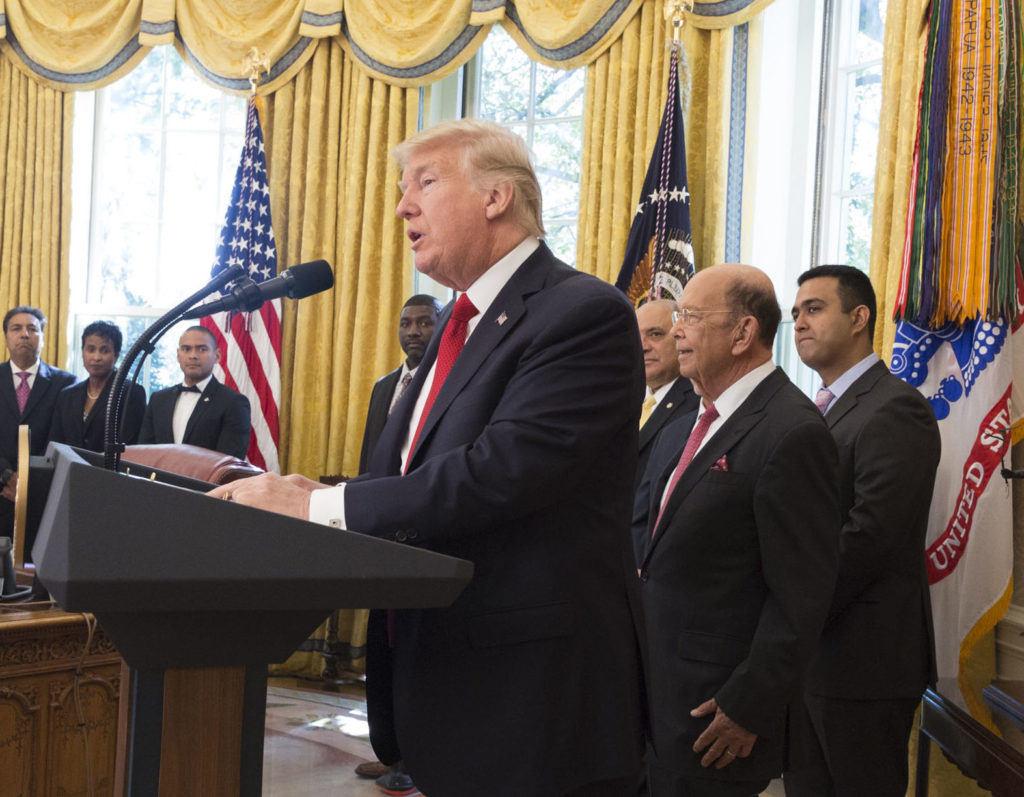 This somewhat muddies the waters regarding tariffs. The ABPA made a similar point, writing:

One of the biggest confusions in the automotive industry is that the components for the OEM service parts being supplied to the US car companies (i.e. the “Big Three”) are locally produced when they are in fact sourced from all over the world. They then combine them with other components claiming they are “US produced” but actually they are just “US assembled”. The proposed tariffs will result in higher prices for the OEM service parts – not just their aftermarket equivalents. (Emphasis ABPA’s.)

Meanwhile, many of the Asian and European OEMs also build cars they sell in the U.S. within America, the news service also reported.

“This investigation under Section 232 is a process that has rarely been used and traditionally has not focused on finished products,” the Alliance of Automotive Manufacturers said in a statement about the investigation. “We are confident that vehicle imports do not pose a national security risk to the U.S.  Last year, 13 domestic and international automakers manufactured nearly 12 million vehicles in the U.S. … We urge the Administration to support policies that remove barriers to free trade and we will continue to work with them and provide input to achieve that goal.”

The ABPA warned that the replacement parts industry, including the aftermarket sector, “would be greatly diminished with any tariffs.” It called the aftermarket parts business “an essential part of the collision repair process.”

However, it’s unclear how an aftermarket part would suffer if it was imitating an OEM part sourced internationally. Both would presumably be impacted by a Trump tariff, as the ABPA predicted above.

For example, if a $400 OEM part sourced internationally climbs 25 percent under a tariff to $500, and an aftermarket import fender rises from $300 to $375, the imitation version still wins a competition based on price. Which is the point of going aftermarket, according to the ABPA:

A study completed by Microeconomic Consulting & Research shows a $1.5 billion dollar per year benefit to consumers because of the competition in the auto body parts industry. …

With higher replacement parts costs comes higher insurance costs. The insurance industry relies on imported aftermarket replacement parts to keep premium costs down for Americans. In addition, the presence of an alternative option in the parts market keeps the car companies’ prices in check as there is competition in the market place.

Of course, many vehicles are produced domestically. If their replacement parts are sourced here as well, the tariffs could indeed eliminate the price advantage for a large part of the aftermarket parts market. The Commerce Department described 52 percent of cars sold in the U.S. being made domestically — and therefore not subject to tariffs.

Contrast that with the at least 90 percent of aftermarket parts produced abroad, according to the ABPA.

The Property Casualty Insurers Association of America has said aftermarket parts are 23.3 percent to 29.9 percent cheaper than OEM, citing 2017 research by Mitchell. If a 25 percent tariff wipes out part or all of that price advantage, aftermarket parts producers would have a harder time competing with OEM parts.

“Additionally, many automotive body parts distributors may be forced to close or lay off workers as they cannot absorb these additional costs,” the ABPA wrote.

The ABPA also pointed out that Taiwan is a U.S. ally, and parts production in that country therefore didn’t represent a national security risk. In fact, the opposite was true, the trade group implied.

“Since 1979 the U.S. has not recognized Taiwan as a separate country from China in trade agreements,” the trade group wrote. “However, for national security interest, in 1979 the Taiwan Relations Act was created to conduct unofficial relations with Taiwan. Today Taiwan is the 10th largest trade partner for the U.S. and represents a very strategic military and economic partner in a region dominated by Chinese influences.”

The ABPA also said the aftermarket parts industry was mostly “small businesses that have no impact on domestic industrial capacity and national security.”

The ABPA urged members to leave public comment by the June 22 deadline, and it said rebuttal comments can be offered through July 6. A public hearing is planned July 19-20.

It was an eventful Wednesday for the aftermarket parts industry. The Certified Automotive Parts Association also announced it had hired Hall of Eagles member and ITW Evercoat executive Stacy Bartnik as aftermarket industry relations manager.

Bartnik’s role will include “working with customers and technical staff to ensure services that meet industry needs; and coordinating efforts with customers, industry experts and internal colleagues,” CAPA wrote in a news release. 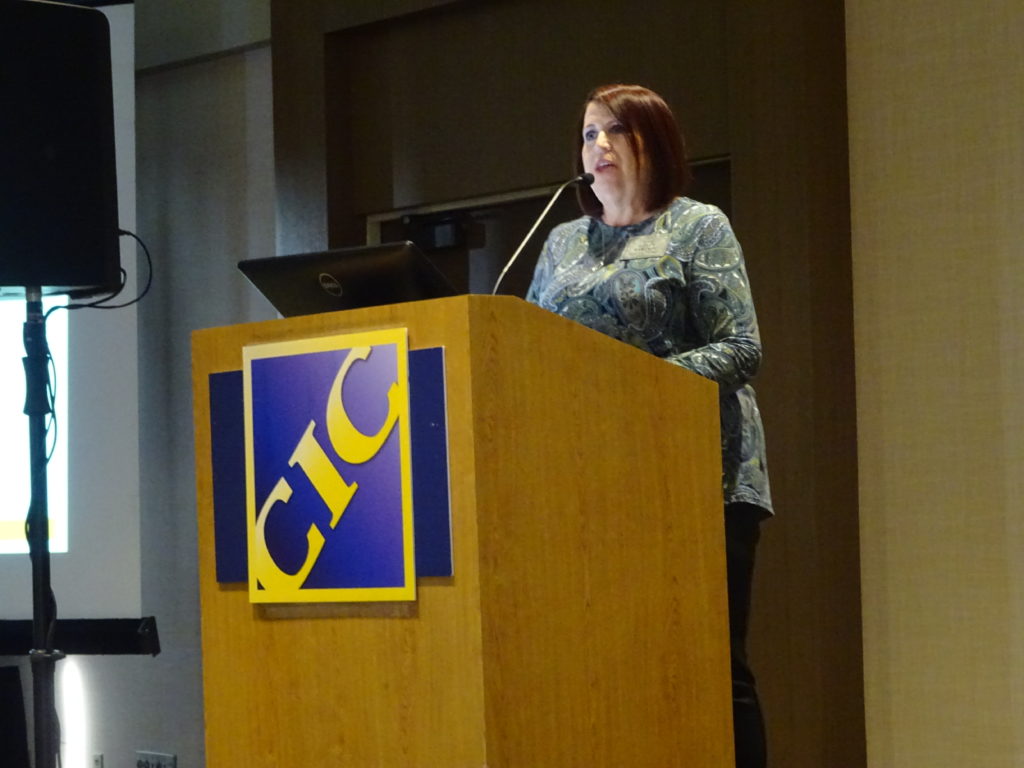 It’s a high-profile “get” for CAPA following Intertek receiving an exclusive license to run the organization’s operations earlier this year.

“Stacy’s extensive knowledge of the collision repair industry, coupled with her experience in business and relationship development is a perfect complement to CAPA and our mission to ensure access to high-quality, fairly priced, alternative auto parts,” CAPA operations manager Kerry Tapio said in a statement. “We are pleased to welcome her to CAPA and look forward to working with her to continue to grow our testing and certification program.”

“Trump Tariff Blow Would Go Beyond Sending BMW Sedans to $60,000”