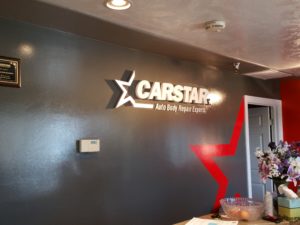 “More than 90 percent of our business comes from our insurance partners,” CARSTAR President Michael Macaluso said Thursday, and the company has signed performance-based agreements that tie the 600-shop franchisor even more closely to carriers.

But what happens when insurer metrics conflict with what CARSTAR agreed was a growing vehicle complexity? Labanovich said advancing technology, materials, and procedures prompted heavy company’s spending on its “CARSTAR U” repository of training materials for franchisees. He also described a world where OEM repair procedures can change, 10, 12 times in a year.”

Asked how the company could financially juggle quality repairs and meeting insurer PBA targets, CARSTAR Canada sales Vice President John Harvey said the chain didn’t do so by cost-cutting or eating the cost of necessary operations. Instead, it sought to find the savings in efficiency and relied on its EDGE platform to do so, he said.

Macaluso said the system enables optimal insurer KPIs but also the “right sustainability for our franchise partners.” Labanovich called profitability “key for us.”

A 2017 CARSTAR blog post refers to EDGE focusing on the “3Cs:  Closing Ratio, Cycle Time (LOR), and CSI (NPS).” The company described them as follows:

Cycle Time: Reducing the keys to keys measure reduces length of rental, which in turn promotes cost savings as well as improves the customer experience. The goal is to be two days better than the industry average.

CSI:  Focusing on the customer satisfaction measure-ments of Kept Informed, On Time Delivery and Refer Shop KPIs allow CARSTAR to achieve the highest NPS in the country along with the highest survey return rate.  The goal is 83 percent NPS.

Labanovich said the company had also doubled its operational head count on both sides of the border to 50-55 people, is expanding its EDGE Performance Groups, and went to a zone performance group format to examine financials with an eye towards productivity and the operational platform.

“From my perspective, the CARSTAR EDGE Performance Groups are the most powerful tool that CARSTAR has,” CARSTAR Jungerman general manager Kerry Woodson said in a 2016 statement. “By educating owners like myself on how to run our businesses more profitably and collaborating with other store owners we have grown from a store struggling to do $1 million in sales to this year doing more than $3 million in sales. This would not have been possible without the help of my fellow franchisees and CARSTAR’s corporate team with assistance on how to market my store, educate my staff and understand my profit and loss statement. They are always there for support whenever a question arises.” The company also had tools and programs like “central review,” Harvey said. Review teams examine estimates to ensure consistency and quality and deliver repeatable results sought by insurers, according to Harvey.

“Ultimately, if we can reduce variation, we can control costs, without sacrificing quality,” he said.

Direct repair program business models could be threatened by the rise of OEM certified collision repair networks. Some automakers have said or suggested they will vehicle telematics to detect a crash and immediately recommend certified body shops. Ford research indicates customers want an automaker’s suggestion of a shop far more than other referral sources, including insurers, IBIS reported.

Asked about referral competition from automakers, Harvey said he thought OEMs want to be closer to the customer.

“They share a mutual client with insurance partners,” he said, agreeing OEMs would want to influence customer decisions.

Harvey said CARSTAR isn’t interested in a battle over ownership of the customer — it’s focused on serving the “end client.”

“We will partner with OEs and insurance companies equally,” Harvey said. Labanovich said CARSTAR encouraged shops to be OEM-certified for no other reason than to ensure the facilities are always delivering safe and quality repairs.

Labanovich said CARSTAR had an opportunity, “even a duty,” to be a “conduit” between OEMs and insurers and educate both industries.

“We can be that go-between,” he said.

At some point, the two networks might conflict, we suggested. For example, an OEM wanting new parts used on repairs, and an insurer wanting recycled or aftermarket ones.

CARSTAR wanted to find a balance and demonstrate to insurers, “this is what’s required to do a safe and quality repair,” while retaining lines of communication with automakers, he said.

He also pointed out that OEM certification programs “change drastically,” citing Tesla’s as “a testament to that.”

Thinking things will remain the same as today is the wrong approach, and if CARSTAR keeps at the forefront, “we’re part of the vehicle making the change,” Labanovich said.

The lobby of CARSTAR Don and Ron’s is shown. (Provided by CARSTAR)