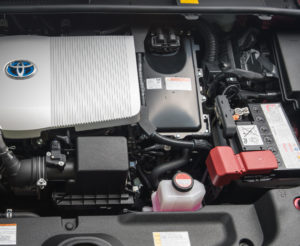 Storing a Toyota or Lexus hybrid for 30 days or longer is likely to discharge the 12-volt auxiliary battery, an outcome shops can avoid with some preparation described in the OEM’s latest Collision Pros magazine.

According to the fall 2018 issue of the magazine, if the hybrid ” hasn’t been run for 30 days or more, the state of charge may gradually decline.”

Toyota recommended shops storing a hybrid for 30 days or longer should shut off the hybrid system, lights and accessories, then disconnect the 12-volt auxiliary battery’s negative terminal.

Refer to the OEM repair procedures for how to do all of these steps. As asTech industry relations director Jake Rodenroth likes to point out, even disconnecting a battery could have more steps than a shop realizes.

For example, the repair procedures for a 2019 Prius note that disconnecting and reconnecting the auxiliary negative terminal requires initializing the back door lock and memorizing the steering angle neutral (because of Toyota Safety Sense P advanced driver assistance systems standard on the Prius).

Toyota says you also can’t disconnect the negative too quickly after cutting power, for the Prius spends at least 120 seconds recording certain settings after shutdown.

A shop must also open and close the fuel lid before restarting the Prius if the negative has been disconnected and restored.

“The accuracy of the fuel receive gauge changes depending on fuel tank deformation caused by internal pressure,” Toyota explained in its repair procedures. “Before turning the power switch on (IG), equalizing the fuel tank pressure with the ambient air pressure by opening and closing the fuel lid after disconnecting and reconnecting the cable to the negative (-) auxiliary battery terminal increases the accuracy of the fuel receiver gauge.” 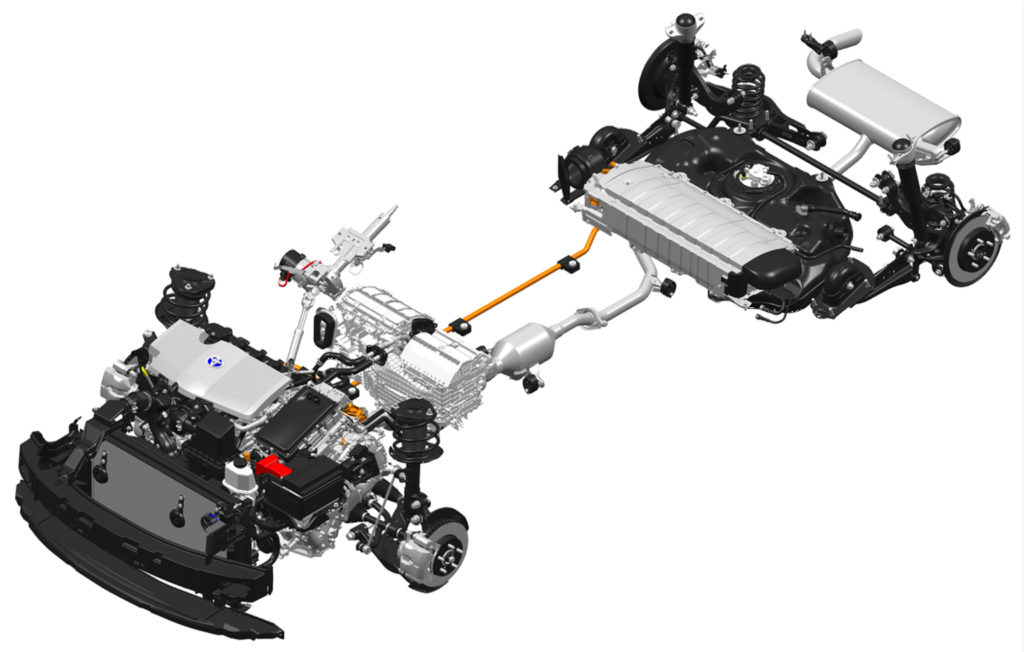 Toyota’s Collision Pros also warns repairers against charging a diminished hybrid auxiliary battery at too high a current rate, for it can damage the component.

“If charging is necessary, be sure to use a hybrid auxiliary battery charger because they have microprocessors which vary the rate of charge depending on the battery needs,” Toyota writes.

Toyota referred shops to Technical Service Bulletin TSB-0043-16 for more information on handling and charging a hybrid auxiliary battery. (Though looking up the actual procedures for that specific vehicle in front of you would also presumably be required.)

Another option would be to let the system charge itself naturally, according to Collision Pros.

According to the magazine, a running hybrid’s gas engine would begin to charge the hybrid battery, which would in turn charge the auxiliary battery. 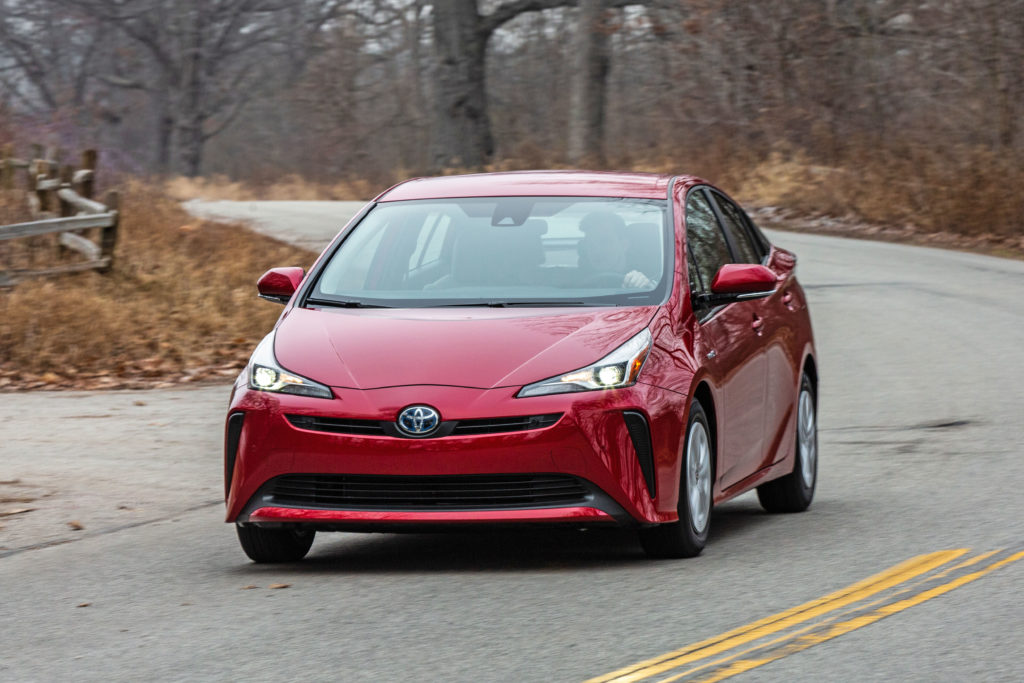 We asked Toyota if any rules like this existed for plug-in hybrid and fully electric vehicles. (Plug-in hybrids, for those unfamiliar with the technology, allow an owner to charge a small battery with a cord and run solely on it for short trips — which is often all you actually drive — before switching to a more familiar powertrain.)

“The HV system will be charged by the vehicle and should follow the TSB recommendations,” he wrote in an email.

Kramarz observed that “given the capacity, I would think depletion of these types of EV is really negligible.”

He said he thought “the chemistry differences between Lithium and nickel metal would also be a factor.”

He noted that with most chargeable items, it was typically recommended to charge the item before storing it.

” This limits the chance of the battery going into a non-recoverable state,” he wrote. “Storing a month or two shouldn’t really be a factor unless the vehicle was brought to the shop with an already depleted EV battery.”

Under the hood of the 2016 Toyota Prius Two. (Provided by Toyota)

Electrical components on the 2016 Prius are shown. (Provided by Toyota)

The 2019 Toyota Prius LE is shown. (Provided by Toyota)