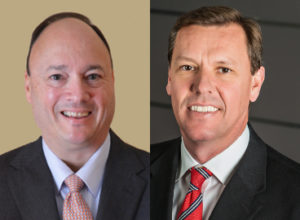 An analyst on LKQ’s Feb. 28 quarterly earnings call had asked about the Caliber Collision-ABRA merger in light of the company’s focus on pricing. Zarcone said earlier in the call his North American team had made “solid progress” on “margin recovery efforts,” describing discipline with regard to pricing. (Special thanks to Seeking Alpha, whose transcript of the call helped us find and check quotes.)

Caliber, which will provide the name and CEO of the new company, had more than 600 shops as of the merger announcement in December 2018. ABRA had 400.

“They’ve been incredibly good customers of ours for years and years,” Zarcone said of Caliber and ABRA, calling it “no surprise” both were among LKQ’s largest customers.

“They already get our largest discounts, if you will,” Zarcone said of Caliber and ABRA, whom he called among the company’s top 3-4 customers.

“We don’t anticipate any major changes there,” he said.

Zarcone said LKQ had a “great relationship” with both companies, and “we look forward to being a great partner with them” going forward. He said LKQ thought its “excellent level of service” had made both chains LKQ fans.

“We can get them the parts they need when they need them,” he said.

It was unclear if either chain had to divest of any facilities to avoid antitrust issues, but the two companies’ geographic footprints were very different. Zarcone said it would talk to the companies (which by the end of 2019 should operate under a single Caliber brand) and examine ways to be more efficient in serving both shops’ facilities in markets with overlap.

“We’re not anticipating any major shifts in our business as a result of the merger,” he said.