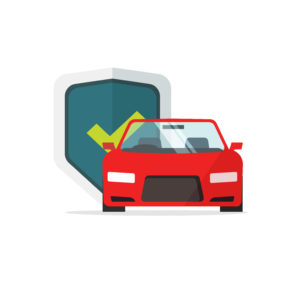 The Canadian arm of the financial services firm on May 9 discussed the results of the poll it and collision repair financial consulting company Supplement Advisory conducted in the first quarter.

The report was tied to the publicly traded stock of the Boyd Group — whose value depends on the fortunes of U.S. and Canadian subsidiaries like Gerber Collision. Raymond James after reviewing all the survey’s conclusions increased its target price on Boyd Group shares from $150 CAD to $160 (Boyd is traded on the Toronto Stock Exchange) and continued to rate the stock as an “Outperform” relative to the market.

Raymond James authors Steve Hansen and Kanish Pawar wrote that this quarter’s survey added the question, “What is the most important strategy you are using to enhance your business (grow the top and/or bottom line)?”

“While responses were broadly spread across all options, investment into OEM certifications was the clear stand-out (31%), followed by investment in new equipment/tools (18%) and diversification into non-DRP business (16%),” Hansen and Pawar wrote. “We will continue to monitor.”

Eleven percent of respondents also reported plans to increase the amount carriers reimbursed on claims. Based on these results and only 11 percent of reporting “Other” — which would presumably include the strategy of “more DRPs” — it sounds like insurers shouldn’t expect to retain the same influence they do now without at least paying more to shops.

Some of these concepts are touched upon within a pool of comments Raymond James provided related to the open question “What other factors/issues are keeping you up at night (if any)? Feel free to elaborate on any of the issues highlighted above or other industry trends (i.e. ADAS, OEM certification).” According to Raymond James, responses included:

● Our facilities are already OE certified for European, Domestic and Foreign automakers. We repair structural aluminum and have the latest technologies in place. We are already repairing autonomous vehicles. But what concerns me is DRP Steering. We cannot, no matter what cycle time or CSI we generate, compete to obtain DRP referrals against the large MSO’s in our area.

● Insurance companies continue to quietly strong arm shops to repair cars poorly. More discounts, cheaper labor, TCOR. Still you are not competitive. They are driving the fraud in this industry. …

● Labor Shortage, Costs involved in becoming OE Certified due to poor coordination of acceptable equipment across lines, Insurer unwillingness to compensate us fairly,

● There appears to be a significant push towards OEM certifications and procedures, and rightfully so. However, the mentality is that the shop will be able to straight arm the insurance companies into paying. In other words, no consideration as to how the insurance company will play into the big picture moving forward.

● Having enough techs to process the work available. USAA moving to forced agile contracts based on cycle time penalties …

● ADAS introduction into collision repair – and attention to alignment and structural integrity documentation – and shops integrating into their business — and then hands-on training to cover new profit centers — or will they sublet and lose control of cycle times.

● … Insurers have been more difficult to deal with in the last year (worse than I’ve seen in my 25 years of experience).

● Electronic ‘Change Requests’ from insurance companies have added a minimum of 30-45 minutes per job to validate, communicate, and justify our blueprint. We are presently recruiting a full-time staff member to deal with the growing onslaught of change requests. (Minor formatting edits.)

We should note that only half the responses came from collision repairers themselves.

It’s also interesting to see that 12 percent of respondents listed increasing discounts from vendors as a bottom-line strategy. Companies like LKQ and Axalta last year conversely described plans to charge more to counter their own rising costs. However, some multi-shop brands — and not just U.S. Nos. 1 and 2 Caliber and Gerber — have amassed greater buying power.

The idea of discounts from vendors also arose in the answers to the open-ended question, based on Raymond James’ report:

● Increased competition, and a move by collision shops to move away from cash up front deals. Collision banners signing long-term deals for sole supply with one paint brand.

OEM certification could be helpful to one’s bottom line, based on responses from a first-quarter 2019 Raymond James and Supplement Advisory survey. (vladwel/iStock)

Raymond James authors Steve Hansen and Kanish Pawar wrote in a May 9, 2019, report that a first-quarter survey of the North American collision sector entities by it and Supplement Advisory added the question, “What is the most important strategy you are using to enhance your business (grow the top and/or bottom line)?” (Provided by Raymond James Canada)

Raymond James authors Steve Hansen and Kanish Pawar wrote in a May 9, 2019 reported that a first-quarter survey of the North American collision sector entities by it and Supplement Advisory drew 173 responses. (Provided by Raymond James Canada)