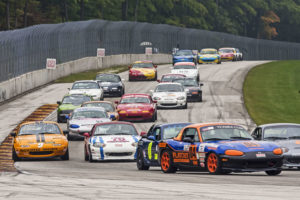 Collision repairers who watch, participate in or build cars for track racing might wish to take note of a new SEMA campaign for a bill carving out a performance EPA emissions exemption.

Senators introduced the “RPM Act” (Recognizing the Protection of Motorsports Act) in October 2019, and representatives introduced a House version in December 2019. Both have bipartisan sponsorship and cosponsorship, with the Senate version up to 29 senators backing it.

“Protect your right to race! Tell Congress to pass the RPM Act now and stop the EPA from destroying motorsports in 2020,” SEMA wrote Friday. “Your member of Congress needs to hear from you before the end of the year!”

In 2015, the Obama administration’s Environmental Protection Agency proposed formally clarifying that federal law doesn’t allow anyone to alter an emissions-certified engine in a way that would bring it out of compliance — even for racing.

“EPA is proposing in 40 CFR 1037.601(a)(3) to clarify that the Clean Air Act does not allow any person to disable, remove, or render inoperative (i.e., tamper with) emission controls on a certified motor vehicle for purposes of competition.”

The agency ultimately struck the language from the final rule issued in 2016.

“The proposal included a clarification related to vehicles used for competition to ensure that the Clean Air Act requirements are followed for vehicles used on public roads,” the EPA wrote. “This clarification is not being finalized. EPA supports motorsports and its contributions to the American economy and communities all across the country. EPA’s focus is not (nor has it ever been) on vehicles built or used exclusively for racing, but on companies that violate the rules by making and selling products that disable pollution controls on motor vehicles used on public roads. These unlawful defeat devices lead to harmful pollution and adverse health effects. The proposed language was not intended to represent a change in the law or in EPA’s policies or practices towards dedicated competition vehicles. Since our attempt to clarify led to confusion, EPA has decided to eliminate the proposed language from the final rule.

“EPA will continue to engage with the racing industry and others in its support for racing, while maintaining the Agency’s focus where it has always been: Reducing pollution from the cars and trucks that travel along America’s roadways and through our neighborhoods.” (Emphasis added.) 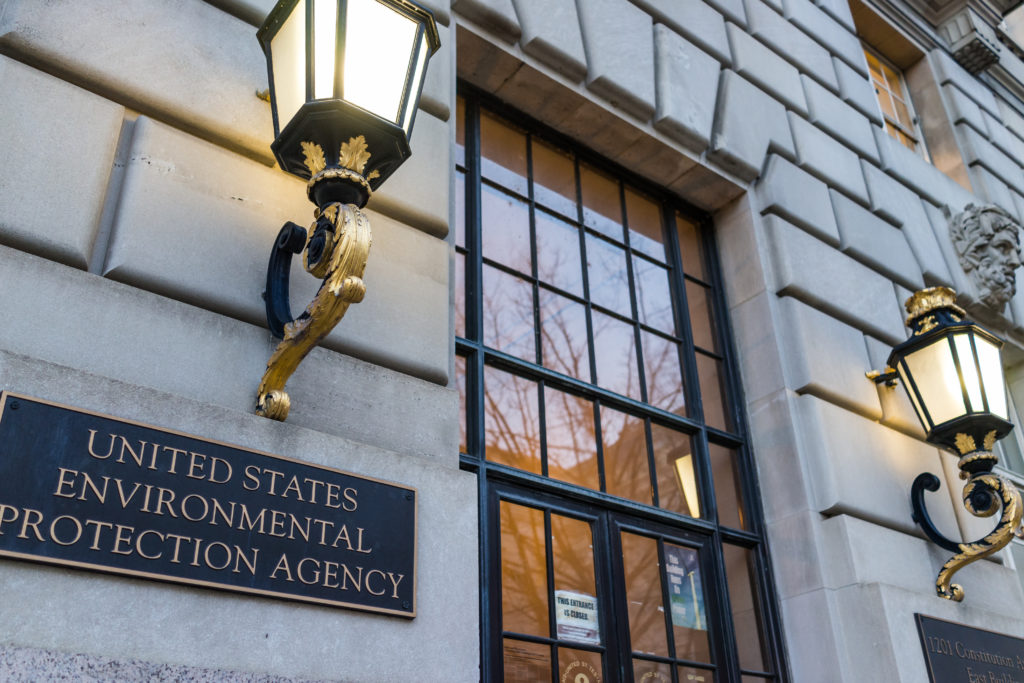 But the Trump administration’s EPA in July announced a National Compliance Initiative aimed at “Stopping Aftermarket Defeat Devices for Vehicles and Engines” during fiscal years 2020-23.

“Mobile sources are a significant contributor to air pollution,” the agency explained. “The EPA, through its direct implementation authority, can play a critical role in addressing these important pollutant sources. Title II of the Clean Air Act (CAA) authorizes the EPA to set standards applicable to emissions from a variety of vehicles and engines. Required emission controls often include filters and catalysts installed in the vehicle’s or engine’s exhaust system, as well as calibrations that manage fueling strategy and other operations in the engine itself. The CAA prohibits tampering with emissions controls, as well as manufacturing, selling, and installing aftermarket devices intended to defeat those controls. The EPA has found numerous companies and individuals that have manufactured and sold both hardware and software specifically designed to defeat required emissions controls on vehicles and engines used on public roads as well as on nonroad vehicles and engines. Illegally-modified vehicles and engines contribute substantial excess pollution that harms public health and impedes efforts by the EPA, tribes, states, and local agencies to plan for and attain air quality standards. …

SEMA appeared to be referencing this initiative in its email Friday that warned “The EPA has announced that enforcement against high performance parts—including superchargers, tuners, and exhaust systems—is a top priority for 2020.”

It urged recipients to contact their lawmakers about supporting the RPM Act. SEMA suggested the bill had a good shot at passing in its Dec. 17 news release on the introduction of House Resolution 5434. 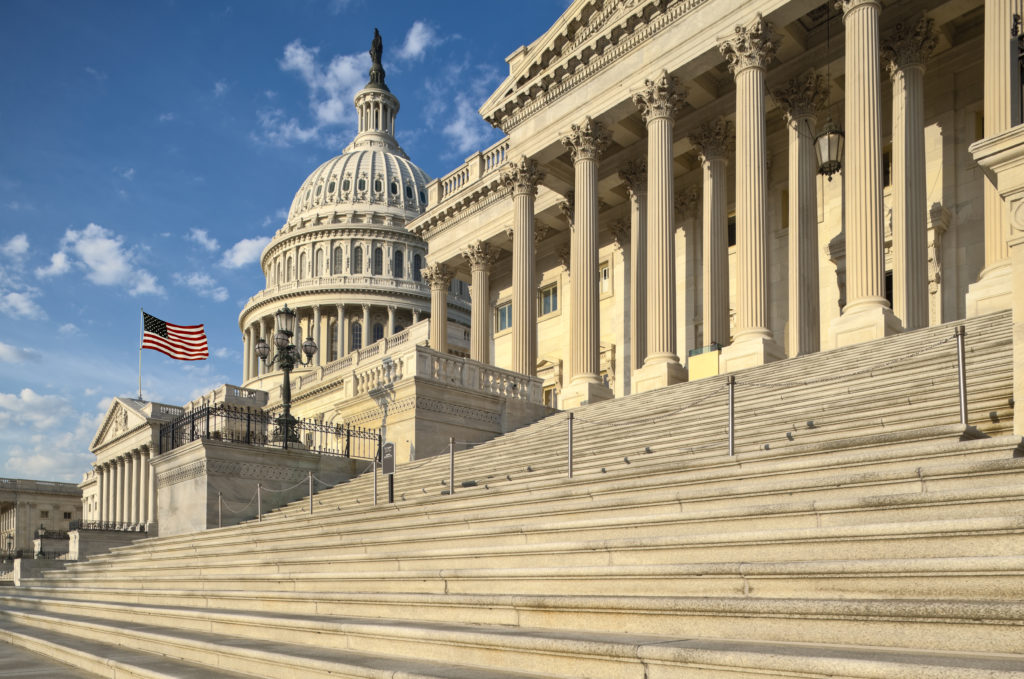 “The RPM Act is well positioned to become law in 2020,” the organization wrote. “The bill cleared several major legislative hurdles in the previous Congress, including passage by the U.S. House Energy and Commerce Committee and hearings in the House and Senate.”

The modification, not the racecar

The EPA initiative refers to “nonroad vehicles and engines,” which sounds like track vehicles. But that’s not actually the case under the language of the law, which specifically excludes vehicles used just for competition.

So what’s the problem? Well, unfortunately, you can’t get from Point A — a legal, emissions-compliant road vehicle — to Point B — a legal, emissions-exempt competition vehicle — without breaking the law. Congress exempted the destination but failed to exempt the journey (the vehicle modifications). That what could put SEMA modders and manufacturers in jeopardy.

Under the Clean Air Act Section 203(a) now, it’s illegal:

SEMA senior director of federal government affairs Stuart Gosswein confirmed in a statement Tuesday that SEMA was referring to the 2020-23 NCI in its campaign. He also described the kinds of parts which could be threatened.

“Racing enthusiasts make many modifications to their vehicles—changes that enhance a racecar’s aerodynamics and power,” Gosswein said in a statement. “In terms of higher performance, the specialty automotive aftermarket offers a variety of emissions-related products to increase speed.

“The EPA recently announced that its National Compliance Initiatives (NCI) Program for years 2020-2023.   One of the six recommendations included on the NCI list for upcoming enforcement is ‘stopping aftermarket defeat devices for vehicles and engines’ that override required emissions controls.  This is not a new pursuit, but it does confirm the EPA’s recent increased level of review and enforcement of parts for street vehicles.

“The NCI directs the EPA to focus on software products (commonly known as ‘tuners’ and ‘tunes’) that are specifically designed to reprogram engine software for the purpose of defeating emissions controls in the engine (e.g., fueling strategy and exhaust gas recirculation) and in the exhaust (e.g., filters and catalysts), along with hardware products that inhibit exhaust gas recirculation systems, or that enable the removal of filters and catalysts from the exhaust system.”

“No action with respect to any device or element of design referred to in paragraph (3) shall be treated as a prohibited act under that paragraph if the action is for the purpose of modifying a motor vehicle into a vehicle that is not legal for operation on a street or highway and is to be used solely for competition.”

The exemption would kick in a year after the bill passed. The House bill also gives the EPA a year to finalize a regulation to carry out the law.

“Racing has always been close to my heart from the countless hours I spent with my father at the track,” 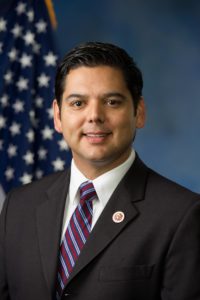 said in a statement. “I am glad to support car owners and race enthusiasts around the country in their passion for racing, working on cars, and sharing moments with their sons and daughters under the hood.”

“I am proud to help protect our nation’s automotive heritage and ensure motorsports enthusiasts across the country can continue the time-honored tradition of modifying stock vehicles for competitive racing,” co-sponsor Rep. Patrick McHenry, R-N.C., said in a statement.

The Senate Bill, S. 2602, is similar, enacting a year after passage Clean Air Act language stating: “No action with respect to any device or element of design described in paragraph (3) shall be treated as a prohibited act under that paragraph if the action is for the purpose of modifying a motor vehicle into a vehicle to be used solely for competition, and that vehicle is not authorized for operation on a street or highway.”

It also calls for an EPA regulation within a year. However, the Senate version provides parameters for what that regulation should entail — including that the installer, manufacturer or vendor responsible for the exempted part needs more than a “trust me, I won’t do anything illegal” from the owner before providing the parts.

(b) Requirements.—The regulation under subsection (a) shall—

(1) describe reasonable conditions for the applicability of the exemption under the amendment made by section 3(a) that are consistent with the requirements described in section 3(b);

(2) provide that evidence of physical attributes of a vehicle to be used solely for competition may be sufficient to qualify for the exemption under the amendment made by section 3(a); and

(3) provide that a manufacturer, seller, or installer of a part or component seeking to use the exemption under the amendment made by section 3(a) may not rely solely on unsupported declarations from the purchaser or owner of a vehicle about—

(A) the legal status of the vehicle; or

(B) the intended use of—

(i) the part or component; or

It also forbids the EPA from trying to create a state or federal database of vehicle or part data.

(b) Implementation.—In implementing the amendment made by subsection (a), the Administrator shall not—

(1) create a Federal database, or identify or require the creation of a State database, of vehicle registration information that is required to be consulted at the point of manufacture, sale, installation, or use of parts or components; and

(2) require the registration of a vehicle or a part or component of a vehicle by the manufacturer, seller, purchaser, installer, or user of the vehicle. 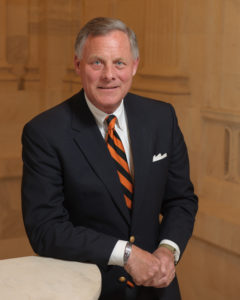 “American racing runs on traditions,” co-sponsor Sen. Richard Burr, R-N.C., said in a statement regarding the introduction of Senate Bill 2602. “For more than 50 years, motorsports enthusiasts have purchased cars and modified them to race, off of public roads. However, this tradition was threatened when the Obama EPA attempted to make these modifications illegal. This legislation upholds Congress’ intent of the Clean Air Act and protects motorsports, for professionals and amateurs alike, for years to come. I’m proud to work with my colleagues on this bipartisan legislation, and I look forward to seeing it move through the Senate.”

“A big part of the fun of motorsports is the tradition of modifying regular cars into racecars,” co-sponsor Sen Joe Manchin, D-W.Va., said in a statement. “This legislation upholds amendments to the Clean Air Act that exempt modified vehicles and racecars from certain environmental regulations, protecting motorsports for years to come. I am proud to be a part of this bipartisan bill and look forward to the boost it will give to motorsports.”

“The RPM Act confirms that racecars and their parts are not subject to the Clean Air Act, including street vehicles converted into race-only vehicles,” Gosswein said in the statement. “This premise was widely understood by industry, enthusiasts and lawmakers until 2015 when the EPA took a position that converted street vehicles must remain in their emissions-certified configuration.  Enactment of the RPM Act will help protect the sale of race parts while preserving the EPA’s ability to enforce against defeat devices for street vehicles.”

SEMA said most of the vehicles on the country’s projected 1,300 racetracks are modified. It estimated “tens of thousands” of amateurs and professionals race or own racecars, and racing products are a nearly $2 billion industry.

“SEMA looks forward to working with Congress to enact the RPM Act and make permanent the Clean Air Act’s original intention that race vehicle conversions are legal,” SEMA CEO Chris Kersting said in a statement. “We thank Representatives McHenry and Ruiz for introducing a bipartisan bill that will protect racing and the businesses that produce, install, and sell the parts that enable racers to compete.”

Be heard: Senate and House lawmaker contact information can be found here.

“RPM ACT IS REINTRODUCED IN THE U.S. SENATE”

A new SEMA campaign pushes for the RPM Act, which would provide an emissions exemption for vehicles not used on public roads — i.e. track-only racecars. (Provided by SEMA)

The Capitol in Washignton, D.C., is shown. (drnadig/iStock)