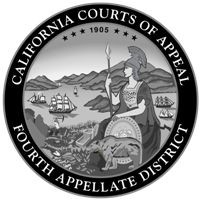 The California Fourth District Court of Appeals on Thursday reversed an Orange County Small Claims Court which had held an insurer couldn’t appeal a small-claims verdict against its no-show policyholder.

The Division 3 ruling Thursday doesn’t set aside the $10,140 verdict in favor of plaintiff Vanessa Gonzalez; it just lets the defendant’s insurer Pacific Pioneer appeal it.

“Since our decision is essentially interlocutory – for all we know Gonzalez’ claims will stand up when they are tried at the superior court level – both sides will bear their own costs,” Bedsworth wrote.

Gonzalez’s attorney Shaun Bauman told Claims Journal in an article Monday they plan to appeal “because it doesn’t make sense.”

“Bauman said the impact of the 4th District’s opinion will be to give insurers greater rights than claimants,” Claims Journal wrote.

Bedsworth described the verdict as reaffirming law that’s been been on the books since 1990, raising a public policy question relevant to collision repairers and consumers who rely on the courts to combat unfair third-party claim denials. 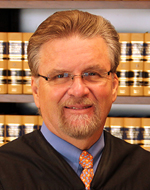 Johnson’s insurer Pacific Pioneer appealed, but Luege struck the appeal. In a minute order, she argued that California Code of Civil Procedure 116.710(d) says a no-show defendant can’t appeal, according to Bedsworth.

“A defendant who did not appear at the hearing has no right to appeal the judgment, but may file a motion to vacate the judgment in accordance with Section 116.730 or 116.740 and also may appeal the denial of that motion,” the Code states.

There was “no reason” to think that “‘the defendant'” and “insurer of the defendant'” were interchangeable in the Legislature’s eyes, Bedsworth wrote for the appeals court.

“If the Legislature had wanted subdivision (d) to read ‘If a defendant does not appear at the hearing, neither the defendant nor the defendant’s insurer has a right to appeal the judgment,'” he wrote.

Bedsworth also said the Legislature clearly meant to protect insurers considering that the Senate added 116.710(c) in an amendment to Assembly Bill 3916, and the Assembly Judiciary Committee wrote in support:

The Senate amendments permit insurers to appeal small claims judgments against their insureds. Insurance companies argued that the right to appeal is necessary because their insureds might be either unable or not motivated to competently defend what is ultimately the insurer’s interest.

“We rarely see such clear statements of legislative intent,” Bedsworth wrote for the appeals court. (Though it seems one can still make an argument that the passage referenced only situations where the policyholder was unhelpful but still showed up to court.)

Gonzalez argued that insurers could constantly appeal small-claims judgments as a tactic to wear down plaintiffs. “We recognize this as an argument of some force against allowing insurers to appeal small claims actions,” Bedsworth wrote.

But the appellate court felt plaintiffs have a remedy in Code of Civil Procedure 116.790:

The appellate court then begins to speculate on “common sense” reasons supporting interpreting the Legislature’s intent as the court had. Unfortunately, it tended to concentrate on scenarios where insurers are victims — and in doing so, enshrined this line of thinking into a published opinion.

First, it implies that insurers are the only line of defense against inflated small-claims filings, disregarding the judges overseeing such cases:

In the present case, for example, we note that Gonzalez obtained a judgment for the maximum amount allowed by statute from a small claims court: $10,000. It is a truism that plaintiffs have no incentive to minimize their damage claims when the defendant defaults. But in the small claims context, it is also true that defendant insureds may not have much of an incentive to fight inflated damage claims, knowing an insurer will pick up everything over their deductible, if any. The dangers of a situation in which neither side has an interest in carefully delimiting the damage claim requires little discussion. Allowing an appeal protects the insurer from the unmotivated insured’s lack of initiative and assures that someone will be scrutinizing the damage claim. (Emphasis Bedsworth’s.)

Bedsworth then raised the specter of the plaintiff and policyholder colluding.

“Similarly, allowing insurers to appeal curbs any temptation to collude,” he wrote for the court. “Giving the insurer an appellate remedy for such conduct diminishes the likelihood the plaintiff and defendant will agree to split an inflated award.”

In a footnote, Bedsworth acknowledges that “We emphasize that there is nothing in our record here which suggests such collusion.” But then he and the other judges double down: “But the possibility of such conduct in 21st Century America cannot be gainsaid.”

Bedsworth and the other appellate justices did consider a hypothetical Gonzalez raised, though they rejected it.

“Gonzalez argues, ironically, that insurers can cheaply protect themselves simply by sending reservation of rights letters to their insureds, threatening to refuse to pay any small claims judgments unless those insureds show up,” the court wrote. “Her theory is that by defaulting, a defendant would be violating the cooperation clause found in all liability policies. She contends this militates against the Legislature intending to give insurers the special option of appealing a small claims judgment in the event the insured defaults.”

Bedsworth said the court disagreed in part because “A prudent insurer would not think a form paragraph to that effect would solve the problem.”

The court also noted insurers could face bad-faith claims under this proposed solution:

Insurance Code section 11580 allows a direct action against the insurer by a judgment creditor, and insureds often assign their claims – including any bad faith claims they might have or think they have – to judgment creditors. … At the very least, an insurer who receives notice of a small claims judgment against an insured would have to: (1) investigate its own records to make sure the insured never notified it of the small claims suit; and (2) contact the insured and investigate to make sure that the insured was properly served before it would dare issue a denial based on the insured’s noncompliance with a policy cooperation clause. The Legislature could reasonably conclude that rather than put insurers to such expense, their resources would be better put to either paying a default judgment or appealing the default judgment so the case could be decided on its merits. We are reluctant to ascribe to the Legislature a “remedy” that could clog court dockets with collateral litigation about whether their insureds complied with cooperation clauses.