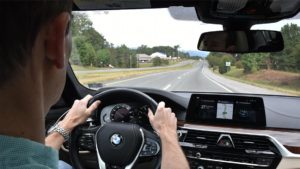 The BMW Forward Alerts package included lane departure and forward collision warnings, but the car wouldn’t actually take action itself to head off a crash. The Forward Alerts/Automatic Braking package added autobraking to the mix, and the Driving Assistance Package included adaptive cruise control on top of all of that. The Driving Assistance Plus package incorporated all of these features as well as front cross-traffic warnings and lane centering.

The OEM’s Driving Assistance Plus suite produced similar results despite its additional ADAS, according to the IIHS.

“The large exposure of Driving Assistance Plus makes this study by far the broadest examination of the impact of systems that combine speed control with lane centering on insurance losses,” the IIHS wrote.

“The crash claim frequency reductions for BMW’s Driving Assistance package are the largest we’ve seen from advanced driver assistance systems, which suggests crash avoidance may be delivering bigger benefits as the technology improves,” HLDI Senior Vice President Matt Moore said in a statement. “The lane centering that comes in the ‘plus’ package doesn’t seem to augment these benefits. That may be because the system is only intended for use on freeways, which are comparatively safer than other roads, and only works when the driver switches it on.”

The Forward Alerts combo of collision and lane departure alerts actually increased collision claims 2 percent, boosted property damage claims 5 percent and increased bodily injury claims 11 percent. But repairers shouldn’t read too much into this result. “None of these results was statistically significant, and they differed from HLDI’s studies of similar systems from other manufacturers,” the IIHS wrote. 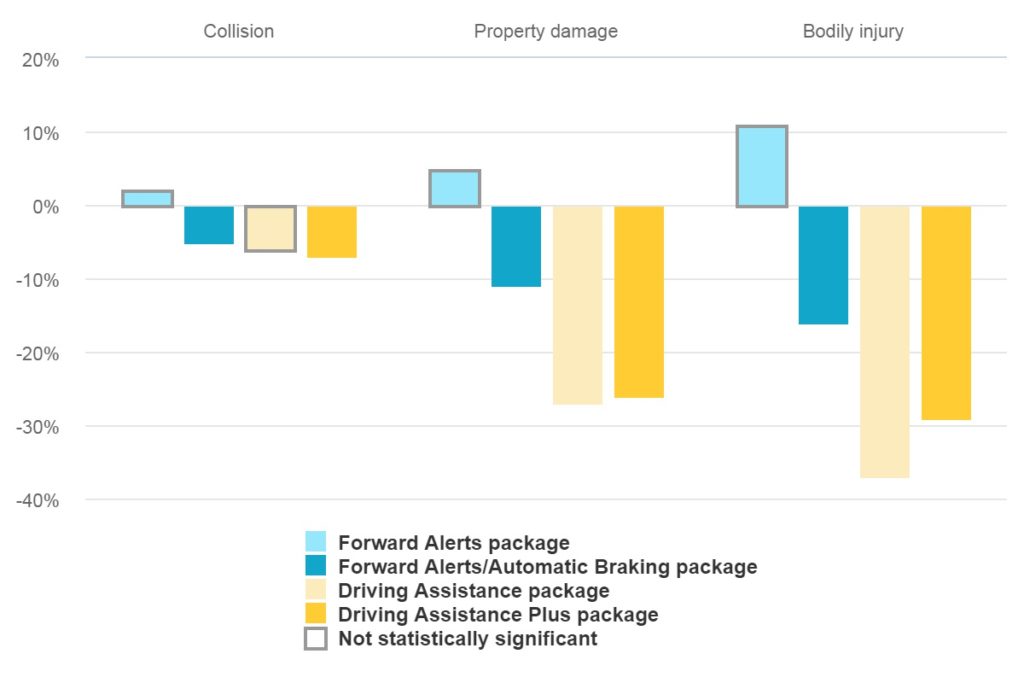 Overall, the BMW data suggests the kind of volume drops repairers might encounter as ADAS spreads throughout the U.S. fleet.

The study also explained the technology behind the various ADAS features. The HLDI’s descriptions suggest what additional components repairers might find have incurred damage or require calibration:

Forward collision warning (FCW) uses sensors in the front bumper and a video camera to monitor traffic in front of the vehicle, and can recognize vehicles that are in the detection range of the sensors and video camera. …

Active cruise control (ACC) is a system that uses radar sensors (or the existing camera hardware in some vehicles) to monitor traffic ahead and maintain the driver’s selected following distance or speed.

Front cross-traffic alert (FCTA) … The vehicle detects objects approaching the vehicle and will warn the driver with visual and acoustic signals. …

Lane departure warning (LDW) uses a camera embedded in the rearview mirror to detect painted lines in the road. …