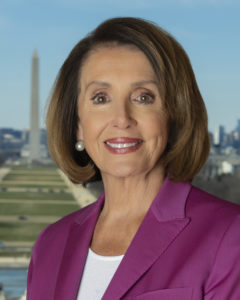 Though the measure could be a nonstarter in the Senate, the U.S. House on Friday approved a COVID-19 relief bill which might help some repairers using the popular Paycheck Protection Program and Economic Injury Disaster Loan grant initiatives.

The $3 trillion House Resolution 6800 was introduced May 12 and passed 208-199 on Friday, just three days later. It appears unlikely to become law, considering opposition from both Senate Majority Leader Mitch McConnell, R-Ky., and the White House.

“It still reads like the Speaker of the House pasted together some random ideas from her most liberal members and slapped the word ‘coronavirus’ on top of it,” McConnell said. “An unserious product from an unserious House majority.”

“This is not a Christmas tree,” House Speaker Nancy Pelosi, D-Calif., said on the House floor, according to remarks shared by her office. “There is nothing joyful about this.  This is a very strategically planned piece of legislation that is tailored strictly to meet the needs of the American people regarding the coronavirus pandemic.  To do anything less would not be responsible.  There’s more we could have done, but again, wanting to keep the cost in line.

“When you talk about the cost, you have to think about the opportunity lost.  The Chairman of the Fed has told us to think big.  ‘It’s never going to be cheaper,’ he said, because the cost of interest is so low.  The cost of credit is so low.”

Even if this iteration of H.R. 6800 is dead in the water, it’s possible elements aiding small businesses like collision repairers might survive in spinoff legislation.

As Pelosi noted, the measure addresses items that had already received bipartisan support. According to her office, she said on the House floor:

March 28th, the President of the United States signed the CARES Act, the first CARES Act.  And that was a bill that was developed by the Republican Leadership in the Senate.  They put forth their proposal, we responded, acted upon it and came forth with a bipartisan agreement.

So much that is in this legislation has appeared in previous bipartisan legislation.  So, we’re not asking people to do something they haven’t done before. 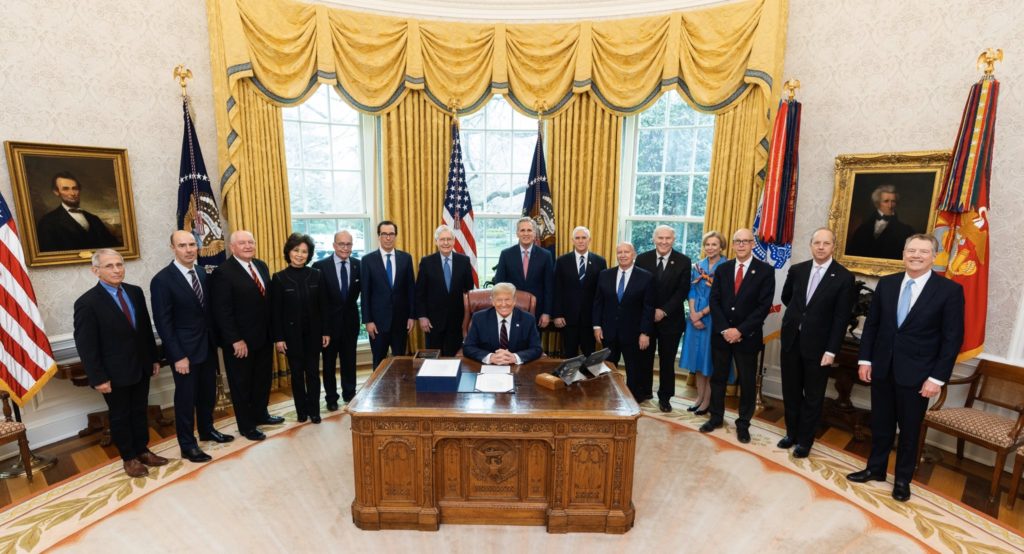 The HEROES Act includes another $10 billion for EIDL grants, advances of $10,000 obtainable quickly by small businesses who apply for EIDL loans — and forgiven regardless of if the applicant is approved for the loan. It also specifies this aid isn’t counted as taxable income.

Congress funded the EIDL grant initiative with $10 billion under the March CARES Act. It added another $10 billion during April’s House Resolution 266 after small businesses blew through the first round of funding. However, the Small Business Administration hasn’t fully restarted the program since it halted April 15 following the first $10 billion’s depletion. Instead, the agency said it’s processing the remaining applications it received before the deadline on a first-come, first-served basis and only taking new applications from agriculture businesses.

The measure also gives small businesses more than eight weeks to spend their Paycheck Protection Program loans and have the debt forgiven; recipients would have 24 weeks or until Dec. 31, whichever comes first. They’d also have until Dec. 31 instead of June 30 to rehire employees and still be eligible for full debt forgiveness.

The CARES Act allowed companies to borrow 2.5 times monthly payroll, or about 10 weeks of payroll, and to have the SBA forgive any loan dollars spent on payroll, mortgage interest, rent or utilities during the eight-week period. The Small Business Administration says borrowers must spend 75 percent of the borrowed amount on payroll and the rest on either payroll or the other approved expenses to qualify for forgiveness.

The new HEROES Act cuts the 75 percent requirement: “In carrying out this section, the Administrator may not limit the non-payroll portion of a forgivable covered loan amount.”

“This rule (the SBA’s 75 percent rule) was not the original intent of Congress when establishing the PPP, furthermore, many small businesses do not need to spend 75 percent on payroll,” the Automotive Service Association wrote in a news release Friday.

The bill also echoes the SBA’s guidance that a business unable to rehire an employee during the time period won’t be penalized. It also will give a pass to employers who cut staff and are “able to demonstrate an inability to find similarly qualified employees on or before December 31, 2020.”

The HEROES Act also echoes another agency in declaring forgiven PPP loans won’t be counted as gross income. This appears to enshrine into law at least part of recent guidance from the IRS, which explained that it would treat the PPP revenue as such but avoid double-dipping by preventing deduction of related expenses. The bill also states that EIDL grants don’t count as gross income.

PPP loans carry 1 percent interest and mature in two years under the SBA’s rules. The HEROES Act would alter the maturity to at least five years.

The HEROES Act also appears promotes PPP loans to extremely small companies with language like the provision that “Any amounts returned to the Secretary of the Treasury due to the cancellation of a covered loan shall be solely used for the cost to guarantee covered loans made to eligible recipients with 10 or fewer employees.”