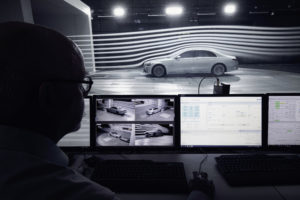 Mercedes’ efforts to optimize airflow and limit noise, vibration and harshness on the 2021 S-Class involve both bold and subtle features that might affect structural and “cosmetic” collision repairs.

Mercedes said the rigidity of the mixed-material S-Class body reduces noise and vibration. But Mercedes took it a step further by incorporating acoustic foam in bodyshell sections, a first for that OEM.

“In this process a special foam is packed into the bodyshell while these areas are still accessible,” Mercedes wrote in a news release Wednesday. “These foam sections then expand in the oven during cathodic dip painting (CDP). This process has considerably improved sound insulation in the body structure – i.e. sound transmission through the C-pillar.”

Mercedes also expanded the firewall’s insulation “into the side areas of the A-pillars and the floor area,” which it says will produce a “refined and unobtrusive” engine noise. The OEM also used double seals on the firewall’s cable grommet apertures, it said.

Moving upward, Mercedes built the window out of laminated safety glass with an acoustic membrane. “The seals in the window areas were improved, and the gap reduced,” The OEM also wrote.

The mirrors are particularly interesting, and the OEM’s subtle aeroacoustic and aerodynamic measures could complicate any aftermarket imitation efforts.

“The exterior mirrors feature aerostripes,” Mercedes wrote. “These fine edges on the insides of the mirrors create turbulence and ensure that the airflow is better able to follow the mirror contours, while reducing cutoff noise.”

Mercedes said it also used computer tomography to develop the mirror triangle. “In this way the installed position of rails and multi-foam seals was verified,” the OEM wrote.

Finally, the S-Class carries standard the kind of seamless extending and retracting door handles made famous by Tesla. Mercedes said their design reduces noise by offering better sealing that typical handles. The flush handles also would seem to increase aerodynamics in general. 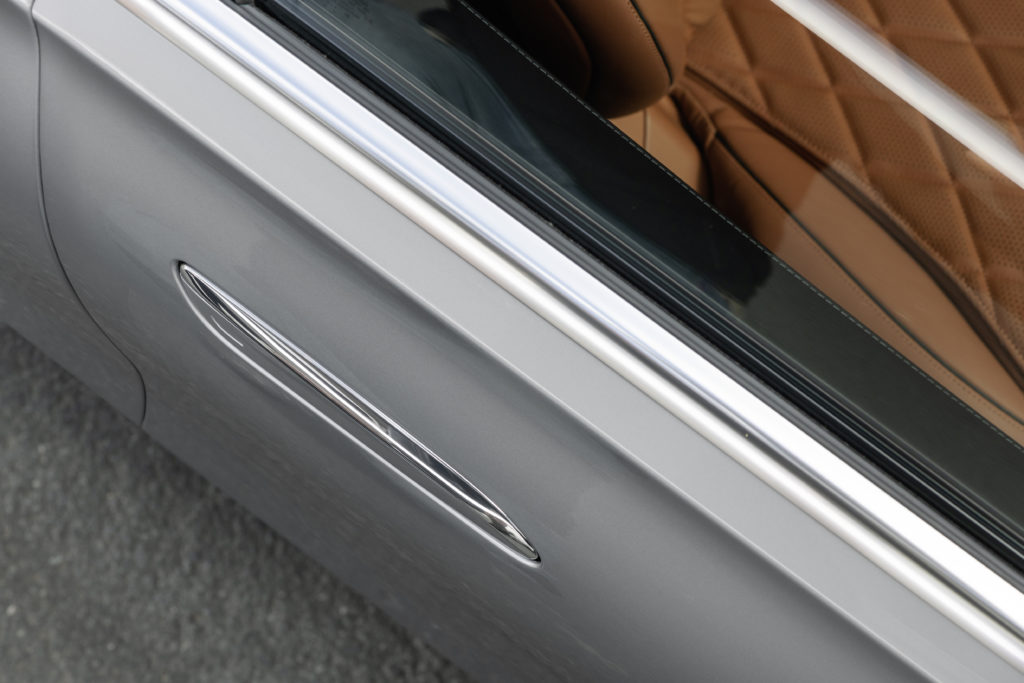 Overall, the luxury car posts a coefficient of drag of 0.22 if it’s in SPORT+ driving mode — despite its front area growing to 2.5 square meters.

Mercedes said a “major focus” was the airflow in the bumper area. As the OEM described it, this airflow is just one part of an complex front-end aerodynamic setup. 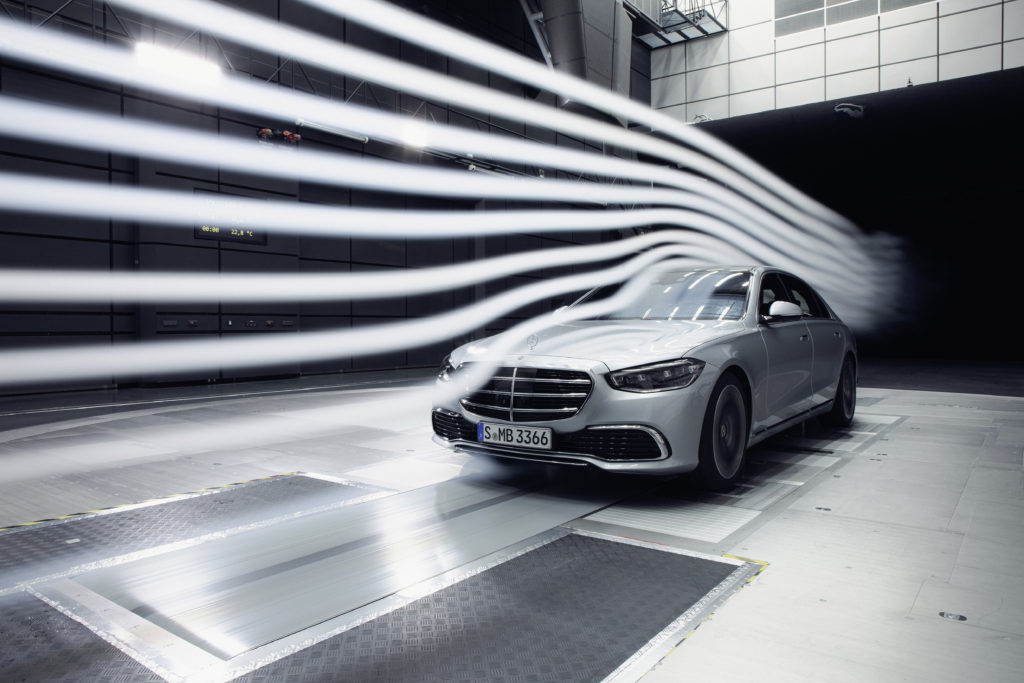 Mercedes said the cooling airflow control system in the bumper and behind the radiator grille also contributes to aerodynamics, though it didn’t specify how. It said it improved the sealing of that airflow too.

Repairers are also going to notice a change in the structure of S-Classes sporting a panoramic sunroof. Mercedes said it moved diagonal rear struts from the diffuser airflow to above the exhaust for aerodynamic purposes.

Other measures include optimized positioning of the aerodynamic cladding on the rear spring control arms and fuel tank guard and “aero-wheels in almost every size.” (It’s unclear if the aero wheels are standard.) The standard AIRMATIC air suspension also lets drivers lower the body for improved aerodynamics at higher or regular speeds and hike it up 1.2 inches up to 37 mph. 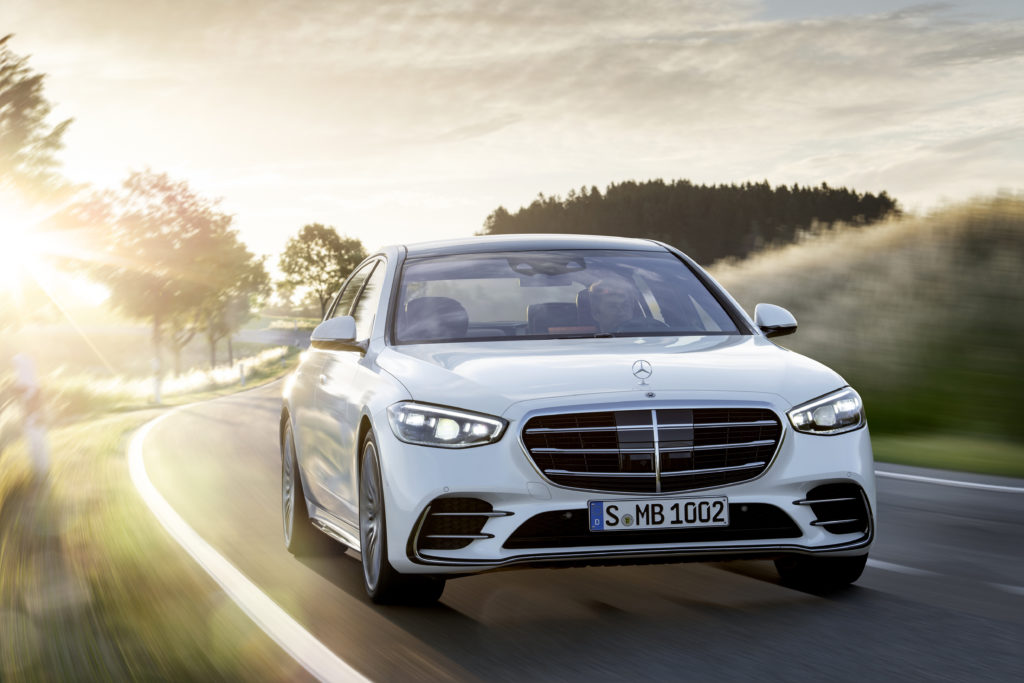 Mercedes leveraged its own wind tunnel and a lot of computing power to produce the vehicle’s aerodynamics. Close attention to tolerances, measurements and repair procedures will be crucial to preserve them as the owner and OEM expect.

“The three-dimensional airflow pattern around the vehicle was already calculated in high-performance simulation clusters using CFD (Computational Fluid Dynamics) in an early development phase,” Mercedes wrote. “Shortly after this project started, during the dimensional drawing phase, several extensive DOE (Design of Experiments) studies were carried out on the basis of the preceding model, with up to 250 calculations per body area. In this process the aerodynamic engineers specify the parameters for certain components, i.e. the possible height of the trunk lid.

“Hundreds of simulations were carried out over several days, fully covering the scope of the prescribed parameters. These simulations can be used to calculate a global or local optimum or, far more importantly in this phase, establish the influence of the individual parameters on the drag coefficient. Using the DOE method, specific aerodynamic requirements were reported to and discussed with personnel working on the dimensional concept and design in a very early phase.

“In recent years such automated calculation processes including DOE have been intensively developed further by Mercedes-Benz aerodynamic engineers. As a result, digital development with DOE not only saves time, but is also cost- efficient: the preceding model required up to six hardware models, the new S-Class required only two 1:1 design models for wind tunnel improvements thanks to digital frontloading, i.e. advance selection of variants.”

The 2021 Mercedes S-Class is seen in an OEM wind tunnel. (Provided by Mercedes)

One of the “seamless door handles” on the 2021 Mercedes S-Class is shown. (Provided by Mercedes)

A 2021 Mercedes S-Class is shown. (Provided by Mercedes)