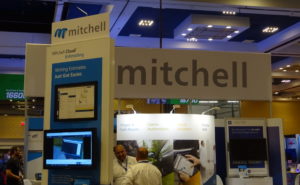 Mitchell International, Inc., has made some recent changes under quite a few categories of its Collision Estimating Guide P-pages. This represents the first changes to the procedural explanations since 2016.

They occur under the Labor General Information and Additions to Labor Times headers and are topped by an IMPORTANT REMINDER: “Labor related notes in the text portion override the Procedure Explanation pages.”

Most areas remain the same, but there are some significant updates, beginning with those under Labor General Information:

While Mitchell documentation already defined labor time for welded panels as included, new additions to the P-pages highlight additional steps that are not factored in the existing time.

“It does not include any necessary masking, set-up and clean-up of an application tool, test patterns or application of material to duplicate factory look, texture and color or to create noise and vibration absorbing properties for the panel(s).”

Mitchell also elaborated within the section on Caulking For Standard Factory Application that, “In some instances, Mitchell may determine that an OEM replacement part(s) is not serviced consistently by a vehicle manufacturer. In those cases, we will footnote the specific panel(s) with the labor footnote: #Does Not Include Application of Caulking and a headnote will be included in that section with a labor allowance for the performance of the task if necessary.”

This recognition of variation — and the potential for added labor — is a new addition to Mitchell’s CEG and has to do with bolt-on parts like hoods, doors and trunks.

Danny Gredinberg, administrator of the Database Enhancement Gateway (DEG, www.degweb.org), a free industry resource to crowdsource inquiries from estimating system end-users and solicit answers from the three estimating services, told Repairer Driven News that this is an important change to the approach.

“Mitchell has always stated that their labor time consideration included the application of caulking and sealants specifically for those bolt-on parts when they confirm that it’s a necessary step to be done,” Gredinberg said.

In recent years, some automakers, such as Nissan, announced that some of the parts may or may not come with the seam sealer, so if it doesn’t come with it, it must be applied and that’s billable.

“There’s no way Mitchell can confirm at that point that it does or does not come with it,” Gredinberg said. “So they’re addressing that. If the part doesn’t come with seam sealers, here’s the labor operation to allow for it.”

Similar to an adjustment made by CCC and MOTOR in January 2021, Mitchell P-pages have been updated with references to technicians who are properly performing tasks in accordance with the vehicle manufacturer approach.

Much like the update in CCC, the new language came at the encouragement of associations such as the Society of Collision Repair Specialists (SCRS) and Alliance of Automotive Service Providers (AASP).

“Mitchell labor times represent labor tasks being performed in a collision repair facility equipped with the necessary tools and equipment, and performed by experienced technicians trained to complete a proper and safe repair in accordance with vehicle manufacturer repair procedures and expectations.”

“The labor times shown in the Guide represent utilizing A/C servicing equipment in a collision repair environment that evacuates the system by applying vacuum that must then be held by the system for a certain period of time (leak check) confirmed with electronic leak detection equipment post re-fill. Diagnosing a failed leak check is not included.”

While not a new category, the language in this section has been largely amended.

According to Gredinberg, previous versions addressed “leak check” inclusion, but failed to define the process or distinguishing characteristics of the different approaches that may be called for.

Mitchell updates to the CEG address that “the labor times shown in the Guide represent installing the emblem in the correct location by performing some combination of measuring, marking and aligning to ensure proper positioning. Time for the fabrication of a template for emblem installation per specific OEM procedure is not included.”

Gredinberg credited inquiries from DEG end-users as the genesis to the conversations that led to this update.

“Essentially they were calling for clarification on what labor times are for emblems include and do not include,” Gredinberg said.

This has also been addressed by the DEG with other estimating products, identifying that if a technician must take time to create a template for an emblem or nameplate, the estimator will have to manually add that fact to a CCC sheet.

CCC confirmed this in a DEG inquiry response, according to a tip the DEG tweeted on Feb. 10, 2020.

“After review of the concern, creating templates is not included in estimated work times,” CCC replied, according to the DEG. The DEG also said that the material cost of the template also wouldn’t be included.

The DEG at the time also observed that CCC’s MOTOR Guide to Estimating P-pages limit the molding, nameplate and emblem labor times to installing the parts.

The additional language in the Mitchell CEG reflects a very similar approach.

The changes listed under Additions to Labor Times:

“Research, retrieval, review or usage cost of OEM and/or other service procedural information.”

This was in response to DEG Inquiry 1388 from 2019, when Mitchell replied to the end-user, suggesting “this Procedure Page enhancement request will be taken under consideration for future updates. Labor associated with purchasing an OEM subscription is not factored into any published labor allowances.”

The update stands as proof of the effectiveness in questioning inclusions and the ability to influence future enhancements.

In another critical addition to the pages, Mitchell clarifies, “Time to perform weld testing or matching. The performance of destructive weld testing.”

This gives definition to the process, including the time to determine the proper procedure and matches.

Destructive weld testing is a not-included procedure in all three estimating systems, which means repairers who don’t account for it might be missing out on significant shop and technician revenue, according to a presentation made by a body shop manager in 2019.

The current version of the Mitchell CEG can be found online, at CEG: Labor General Information (mymitchell.com) or through the DEG Estimate Toolbox Mitchell | DEGWEB.ORG