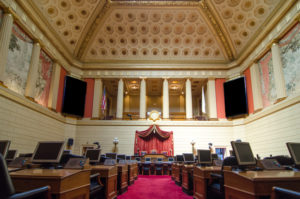 Supporters and opponents of Rhode Island legislation requiring insurers to pay for markups and other charges relating to auto body shops’ paint and material and sublet expenses are squaring off in anticipation of a possible vote next Tuesday to override the governor’s veto of the bill.

In letters to legislators and media outlets, representatives of the Auto Body Association of Rhode Island and the American Property Casualty Insurance Association make their cases for and against overriding Gov. Dan McKee’s July 16 veto of the Unfair Claims Practices Act (H6324 and S870).

A spokesman for House Speaker K. Joseph Shekarchi said Wednesday that no decision has been finalized on consideration of a veto override. The General Assembly convenes on Jan. 4, and the legislative calendar has not yet been posted.

The bill would make the following an unfair practice: “Refusing to pay an auto body repair shop for documented necessary sublet services paid out to vendors or incurred by the auto body repair shop, for specialty or unique services performed in the overall repair process, including costs and labor incurred to research, coordinate, administrate or facilitate the necessary sublet service, and an automotive industry standard markup.

“Examples of sublet services include, but are not limited to, towing, transportation, suspension, alignments, electronic calibrations, diagnostic work, mechanical work, and paid charges to release a vehicle.”

In his July veto message, McKee said the bill would raise costs “without adding commensurate benefits to consumers,” although he noted that “there are portions of this legislation that I could support.”

“… According to the National Association of Insurance Commissioners, Rhode Island ranks 7th in the nation for highest auto insurance premiums,” the governor said. “As we look to restart our economy after the pandemic, we cannot implement measures that may drive costs even higher for consumers and small businesses. Our focus must be reducing costs to help our economy grow.

“Now is the time to identify what is driving the rising cost of auto body repair and insurance premiums in Rhode Island, including the role insurance companies can play in lowering rates.”

What the governor did not address were the costs consumers have to pay out of their own pockets when their insurance company refuses to pay for legitimate expenses in the proper and safe repair of their vehicles.

Under Rhode Island law, overriding the governor’s veto requires a 60 percent majority vote in each chamber of the Assembly — 45 of the 75 representatives, and 23 of the 38 senators. The votes suggest enough support might exist to override McKee’s veto. 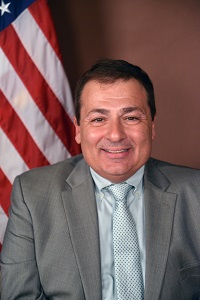 Shekarchi did not comment to Repairer Driven News on the prospects of an override, but told The Providence Journal in a recent interview that the bill is one of two override candidates “that have the strongest amount of support from the membership.”

In a letter to Shekarchi, Francis C. O’Brien, vice president for state government relations for APCIA, sounded a claim often made by opponents of the legislation: that the bill would benefit auto repairers, rather than auto insurance customers.

The two bills “are the latest in a long line of bills that have benefited the autobody industry at the expense of Rhode Island drivers — drivers who pay THE highest autobody repair costs in the nation,” O’Brien said.

“These bills would drive repair costs higher still and make Rhode Island even more of an outlier nationally in auto body issues,” he said.

“With an average repair cost of $4,500, even a 10% ‘industry standard markup’ could end up costing Rhode Island drivers an additional $450. And since there are no definitions or limits, these additional costs could well be significantly higher.” O’Brien seemed to be asserting that the markup would be charged on the entire bill, rather than the specific sublet service, and that the cost would be borne directly by the consumer.

In a letter to the Valley Breeze newspaper in support of the Unfair Claims Practices Act, Thomas Casale of Casale’s Auto Body in Johnston, R.I., argues that the act “does not add any new costs at all. Payment of industry standard markup and sublet services have always been honored by most insurance companies. A small number of mostly out-of-state insurers take their customer’s premium payments, but want to get away without paying for what is necessary to repair the vehicle.

“These rogue insurance companies pick and choose what necessary services they want to pay for,” Casale continued. “The bill codifies the industry practice of requiring insurance companies to be responsible for the cost of a customer’s repairs as outlined in automotive industry software programs used in their entirety.”

Casale explained to the newspaper’s readers that auto body shops pay vendors for specialty services such as towing, alignments, electronic calibrations and specialty mechanical work. Most insurers, he said, reimburse the shops for the necessary sublet service, and allow an “industry standard markup” to cover researching, coordinating and administering these services.

“The act codifies this practice and makes these responsibilities between the parties clear,” he wrote. “We transact with many good insurance companies that follow proper procedures for repairs as recommended by the vehicle manufacturers. These companies have always fairly compensated the shops for necessary services, including markup and sublet services. All insurance companies should be following these same standards.” 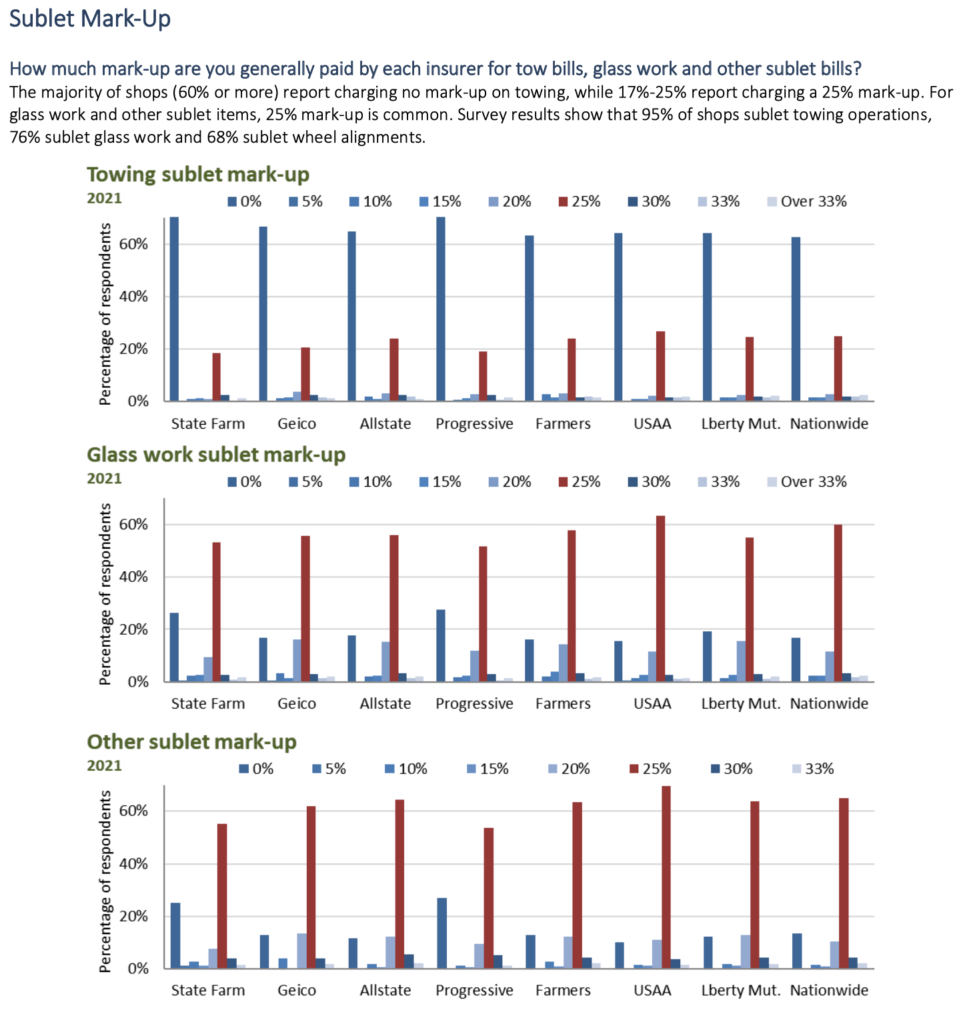 Results from a “Who Pays for What?” survey released by Collision Advice and CRASH Network this past summer show that 95% of responding shops charged an insurer a markup for towing services, 76% for glass work and 68% for wheel alignments.

According to the survey, 60% of responding shops charged no markup on towing. Between 17% and 25% charged a 25% markup, and 25% is a common markup for glass and other sublet services.

In his letter to Shekarchi, O’Brien did not acknowledge that sublets and markups on those sublets are often paid by insurance companies, but repeated McKay’s assertion that the two items would constitute added costs. “Neither of these terms are defined and there are no clear limitations of when those costs might be appropriate,” he said, quoting the governor’s veto message.

Perhaps acknowledging the degree of support the bill enjoys in the Assembly, O’Brien offered to work with the House and Senate during the regular legislative process “to explore ways to improve this legislation so that it will not do more harm to Rhode Island’s drivers.”