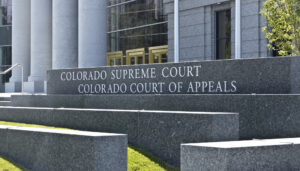 The Colorado Court of Appeals has ruled that it’s illegal for auto insurance carriers to restrict uninsured motorist/underinsured motorist (UM/UIM) benefits based on vehicle use.

Plaintiff Beverly Hughes filed suit against her insurance carrier Essentia Insurance Co. after she was injured in a wreck while driving her “regular use vehicle.” Essentia denied her claim for UM/UIM benefits under her classic car insurance. Instead, the carrier said she was required to insure her regular use vehicle separately to keep her classic car insurance policy, according to the court’s May 5 opinion.

The driver who allegedly caused the accident, per provided background in the court’s opinion, was insured by an auto policy with bodily injury limits of $25,000, and Hughes claimed her injuries and losses “substantially exceeded” that amount.

“The classic car insurance policy explicitly excepted ‘regular use vehicles’ from UM/UIM coverage, and therefore Essentia refused to provide Hughes with UM/UIM benefits for her injuries because she wasn’t using one of the classic cars at the time of the accident,” Appeals Court Judge Craig Welling wrote in the opinion. “Hughes filed suit, alleging that she was entitled to the UM/UIM benefits under the Essentia classic car insurance policy regardless of what vehicle she was driving at the time of the accident.”

The trial court ruled in favor of Essentia based on section 10-4-609 (the state’s law on insurance protection against uninsured motorists), Colorado’s revised statutes, and the supreme court’s interpretation of section 10-4-609 in Cruz v. Farmers Insurance Exchange. Essentia cites Cruz “in support of the proposition that certain exclusions in UM/UIM insurance contracts are permissible in Colorado, including exclusions for a regularly used vehicle that is not insured (and for which no premium is paid) under the policy,” the opinion states.

They reversed the lower court’s judgment and remanded the case.

“We conclude that the trial court erred by failing to apply our supreme court’s holding in DeHerrera v. Sentry Insurance Co. …which provides that UM/UIM benefits cover persons injured by uninsured or underinsured motorists and can’t be tied to the occupancy or use of a particular vehicle or type of vehicle.”

The Colorado Supreme Court ruled in DeHerrera v. Sentry Insurance Co. that mandated coverage under section 10-4-609 is for persons, not vehicles.

“In reaching this conclusion, the supreme court noted that ‘[t]he UM/UIM statute contains no provisions excluding protection for an insured based on the kind of vehicle an insured occupies at the time of injury,'” the judges wrote.

“…The regular use vehicle exclusion is squarely contrary to DeHerrera’s central holding: that section 10-4-609 provides coverage for persons and doesn’t tie protection against uninsured motorists to the insured’s occupancy of any particular type of vehicle. …Similarly, cases decided post-DeHerrera demonstrate that the regular use vehicle exclusion found in the definition of ‘insured’ in the UM/UIM provision of the Essentia policy violates section 10-4-609.”

Regarding Essentia’s argument that they “essentially protected” Hughes through their requirement of a secondary policy, the judges rejected the argument.

“Even though Essentia required a second policy, Essentia can’t escape its own statutorily mandated duty to provide UM/UIM benefits (if the policyholder elects to purchase them) to persons, rather than cars, by attempting to tie its provided UM/UIM coverage to the occupancy of “your covered auto” (in this case, one of the classic cars). Essentia’s urged interpretation is contrary to the central holding of DeHerrera — namely, that UM/UIM benefits cover people and can’t be tied to the occupancy of a certain vehicle.”

The judges agreed that the two cases cited by the carrier – Jacox and Rivera – differ from Hughes’ case and that the court is “bound by” the DeHerrera ruling.

“The plaintiffs in both Jacox and Rivera were seeking to recover UM/UIM benefits under the same policy that insured the vehicle in which they were injured and from which they had already collected under the liability provisions. Here, Hughes isn’t seeking to invoke the liability provisions of the Essentia policy, just its UM/UIM benefit. And she is doing so because the at-fault driver’s coverage is inadequate, not because of any alleged shortcoming of the Essentia policy itself,” the court’s opinion states.

The court also ruled that Essentia’s policy doesn’t meet coverage requirements under section 10-4-609 and, therefore, “public policy doesn’t dictate that the exclusion must be enforced.”

“Whether DeHerrera reflects wise, fair, or prudent public policy is a question for the legislature (or the supreme court in the event it wishes to revisit DeHerrera); in the meantime, we are bound by DeHerrera,” the opinion states.