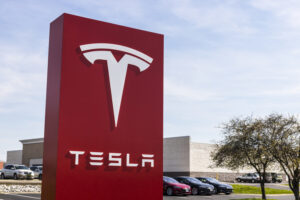 A Florida jury has found Tesla 1% responsible for the death of a teenager who crashed a 2014 Model S into a wall at high speed, not for any defect in the vehicle, but because one of its electronic safety features had been removed without the owner’s permission.

The jury found that the 18-year-old driver, Barrett Riley, and his father were 99% to blame for the 2018 accident. However, it agreed with Riley’s family that Tesla played a role in the teen’s death when service technicians removed a speed-limiting feature from the Model S that they had previously installed at his parents’ request.

Barrett Riley and an 18-year-old friend were killed when he lost control of the vehicle at 116 miles per hour and crashed into a concrete wall of a Fort Lauderdale house.

For Tesla, which faces a number of lawsuits and regulatory probes over accidents linked to its Autopilot driver assistance feature, the verdict in the U.S. District Court for the Southern District of Florida followed the first jury trial the OEM had faced over a fatal crash involving one of its vehicles.

What may provide food for thought for repairers is that Tesla’s 1% liability was not related to any flaw in the vehicle’s design or manufacture, but in the way that the vehicle was configured.

Attorneys for Riley’s family had argued that the Tesla technicians should have gotten the authorization of vehicle owner James Riley – the teen’s father – to remove the speed limiter, which was activated shortly after Barrett Riley was ticketed for going 112 mph in a 50 mph zone.

At the request of James Riley and his wife, Jenny, the speed limiter had been programmed to prevent the Model S from going faster than 85 mph. “Mrs. Riley specifically advised Tesla that they wanted the speed limiter installed on the Model S because they permitted their son to use it, because their son had recently received a speeding ticket, and because they wanted to protect his safety,” the couple’s complaint against Tesla, filed March 10, 2020, states.

According to testimony presented at trial, Barrett Riley had gone to the service center to “trick” a technician into deactivating the limiter.

“Outrageously, Tesla never told the Rileys that it had done so – until after the fatal accident. If James Riley had been informed by Tesla about what it had done to his Model S, he never would have permitted his son to drive the Model S. If the speed limiter had remained in place as the Rileys instructed, the accident never would have happened, and Barrett Riley would be alive today,” the complaint states.

It said that the service report on the vehicle, “which typically contained details as trivial as refilling washer fluid, contained no mention of the removal of the speed limiter. Tesla only acknowledged having done so after the fatal accident that would occur just weeks later.”

Tesla denied that disabling the speed limiter, or that the lack of a speed limiter, was a cause of Barrett Riley’s crash or death. It argued that Riley was negligent in the operation and use of the vehicle and that his parents were negligent in allowing him to use the car when they knew of his history of speeding and reckless driving.

The six-person jury found Tesla to be 1% negligent, while Barrett, his father, and his mother were 90%, 9%, and 0% responsible, respectively. The jury found that the Rileys sustained $10.5 million in pain and suffering damages from their son’s death. Tesla has been ordered to pay James Riley $105,000.

“We are pleased that, in what we understand to be the first case to go to trial against Tesla involving an accident involving one of their vehicles, the jury found Tesla to have been negligent in removing the speed limiter without letting Mr. or Mrs. Riley know,” Curtis Miner, an attorney for the plaintiffs, said in a statement.

According to news reports, James Riley, a Tesla fan who had bought several of the company’s vehicles, testified during the trial that company owner Elon Musk had admitted to him in a phone call that it had been a mistake for the technician to remove the limiter without Riley’s permission. He said he spoke with Musk days after the CEO had emailed him in the wake of the crash. Tesla’s lawyers denied Riley’s claim, and Musk did not testify.