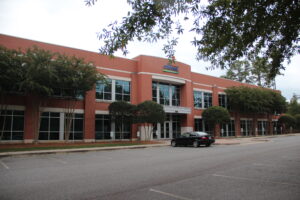 A fire has halted production at an East St. Louis, Illinois factory that produces resins used in the production of automotive paints and coatings.

The fire at the Allnex factory broke out in the evening of July 10 after an explosion occurred in a catalyst charging tank containing peroxide, the company has said.

“The fire was extinguished by the fire department, and local emergency response teams were on site to maintain safety measures and cooperate with the authorities,” Allnex said in a statement. Two employees were injured; one was treated and released, while the second employee was still hospitalized for the treatment of burns, according to the company’s most recent update, issued July 13.

Allnex said that the explosion “caused a localized fire which was extinguished by the fire department.” It damaged the roof of the production building and the structures surrounding the catalyst tank.

The cause of the explosion and fire is “the subject of further investigation and follow-up,” the company said.

George McClellan, assistant chief of the East St. Louis Fire Department, told television station KDSK that the fire had caused “significant damage to parts of the factory.” He said the Department of Labor’s Occupational Safety and Health Administration (OSHA) was investigating the incident.

“OSHA will complete their investigation as soon as possible, but by law the agency has up to six months to complete it,” Scott Allen, a spokesman for the agency, told the Belleville (Ill.) News-Democrat newsaper in July.

Contacted last week by Repairer Driven News, an Allnex spokesperson would not say whether the factory remains closed, or what effect the fire has had on the production of resins and other products.

The spokesperson also declined to discuss what effect the closing has had on Allnex’s customers.

In the vehicle refinish market, the Allnex website lists two products, Setaqua and Daotan, for use in basecoats, and two, Setalux and Ebecryl, for use in clearcoats. It does not say which were produced at the East St. Louis plant.

RDN reached out to a number of manufacturers of automotive paints and coatings to ask if the closing had an effect on their operations. One, AkzoNobel, confirmed that Allnex is one of its resin suppliers.

“The fire at Allnex’s East St. Louis manufacturing plant has impacted the industry’s ability to produce paints and coatings,” John Griffin, Business Director – AkzoNobel Automotive & Specialty Coatings, North America, said. “Allnex and AkzoNobel are both global companies with manufacturing locations around the world, and we are working together to mitigate any supply disruptions. AkzoNobel is capable of producing resins and we are increasing our capacity to increase our supply chain flexibility.”

PPG did not address the Allnex issue directly, but told RDN that, as raw material supply chains are affected by “events across our industry,” the company continues to “work with affected suppliers to mitigate the impact to our customers and regularly update customers on our ability to manufacture and ship product.”

Headquartered in Frankfurt am Main, Germany, Allnex operates 33 manufacturing facilities and 23 research and technology support centers globally. It merged with Nuplex Industries, a global manufacturer of resins, in September 2016, and was acquired in July 2021 by PTT Global Chemical, a multinational chemical company based in Thailand.