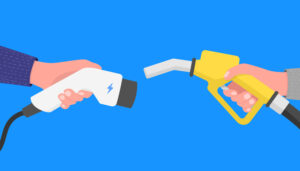 Slightly more than half of Americans surveyed would prefer a gasoline-powered vehicle over an otherwise identical electric vehicle (EV) at the same price, according to research recently published by Australian car insurance comparison site Compare the Market.

The survey of 1,006 American adults found that 52.9% of respondents said they would prefer a vehicle with an internal combustion engine (ICE), while 33.8% said they would opt for an EV. The remainder expressed no particular preference. 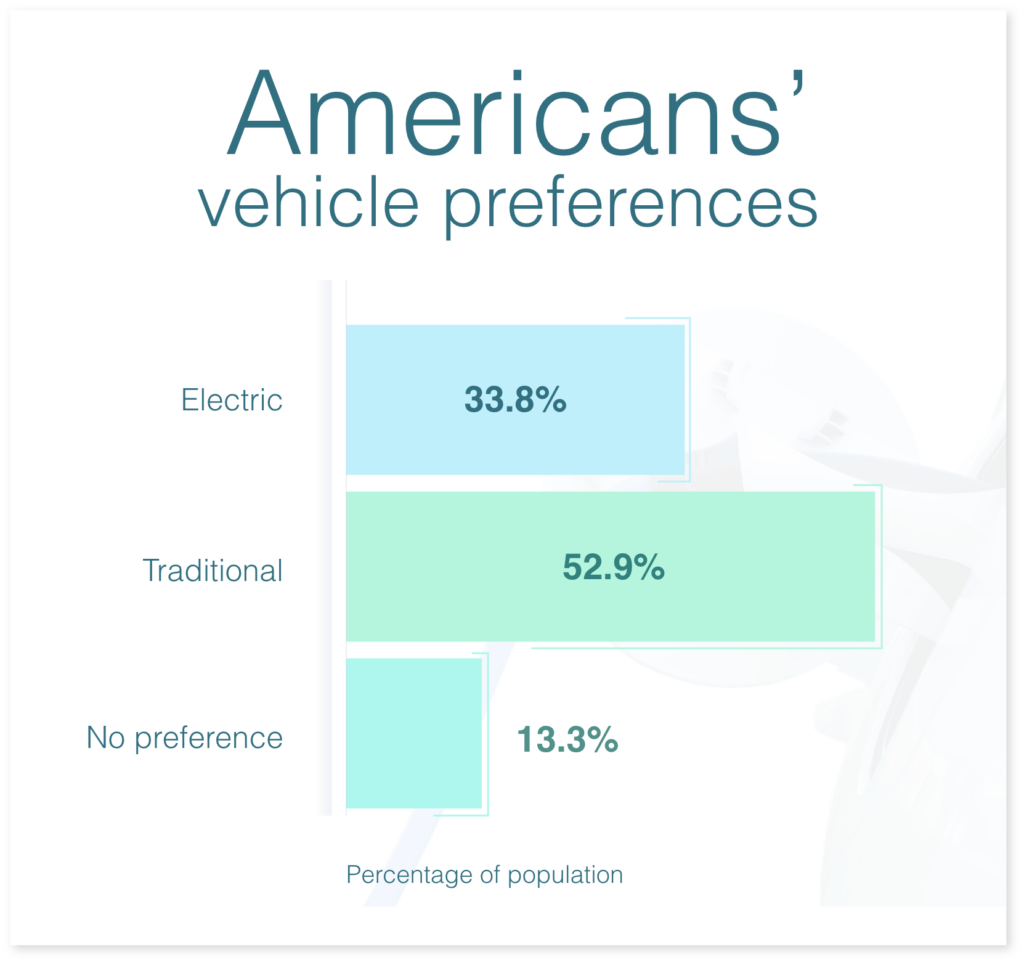 It’s not apparent whether the greater interest in EVs reflected in the more recent survey reflects changes in attitude, polling differences, or some other factor.

Participants in Compare the Market’s survey were asked which they would prefer if two identical vehicles were available in both a traditional or electric model at the same price.

Cited as the greatest hurdle to EV ownership, the survey found, was not vehicle range (expressed by 50.9% of respondents) or charging time (50.5%), but the lifespan of the battery pack and its replacement cost (56.4%).

Purchase price was second on the list, mentioned by 54.4% of respondents.

Other common reasons for people’s dissuasion, Compare the Market said, include the availability of charging stations and the belief that EVs are not environmentally friendly. Figures for those findings were not provided.

Around 10% of respondents said that they saw no barriers to entry. 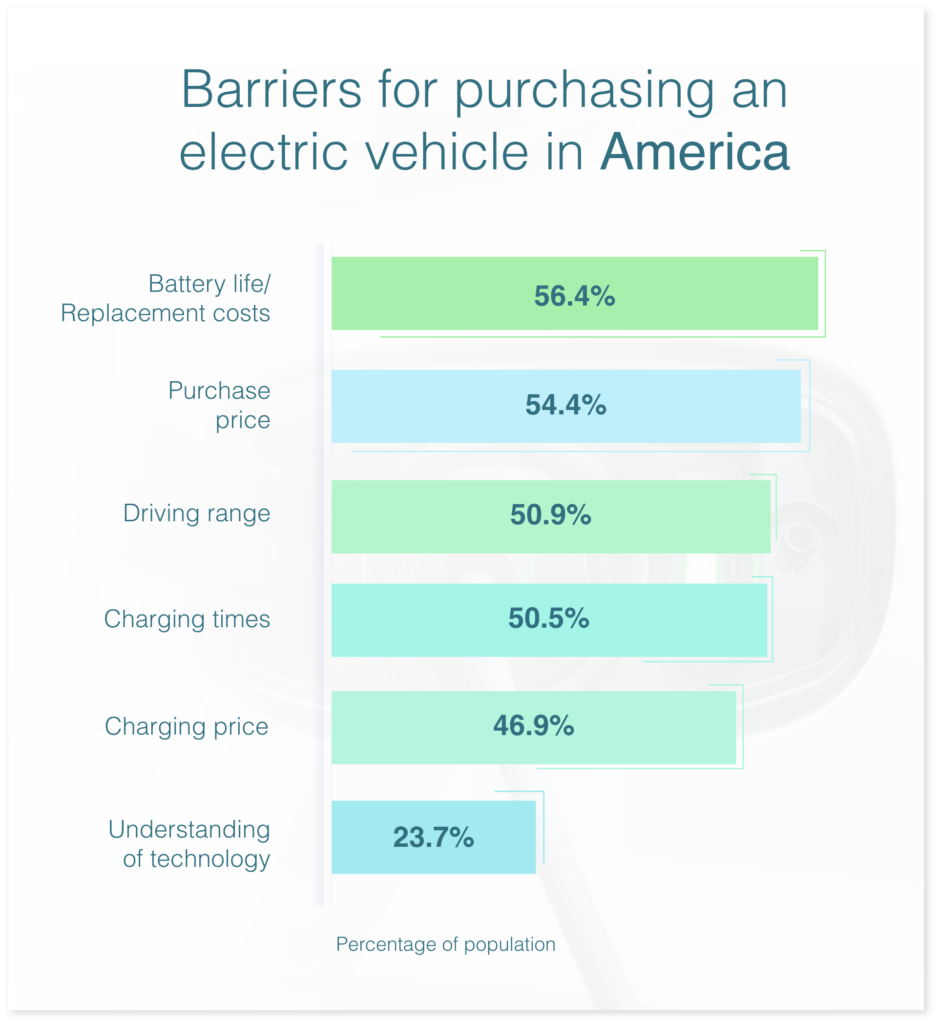 The oldest generation in the breakdown, those 65 and older, was not the most likely to choose “understanding of technology” as a barrier. However, they were the most likely to cite charging time and price, the vehicle’s driving range, and the cost of battery pack replacement as hurdles, “which may indicate that those in this age group do in fact have a lesser understanding of the technology than other age groups included in the study,” the authors said.

The data also revealed that not only were women more likely to prefer traditional vehicles than men, but they were also more likely to face multiple barriers to purchase.

The survey asked Americans how much they would be willing to spend on a new vehicle. While the results show a general preference for lower prices for both types of vehicles, there’s an interesting shift at the $45,000 to $54,999 price point, where more respondents would be more willing to spend more for an EV.

At the very upper end of the scale, there are more than twice as many people who would be willing to spend more than $65,000 on an EV than those who would spend the same amount on a traditional vehicle. 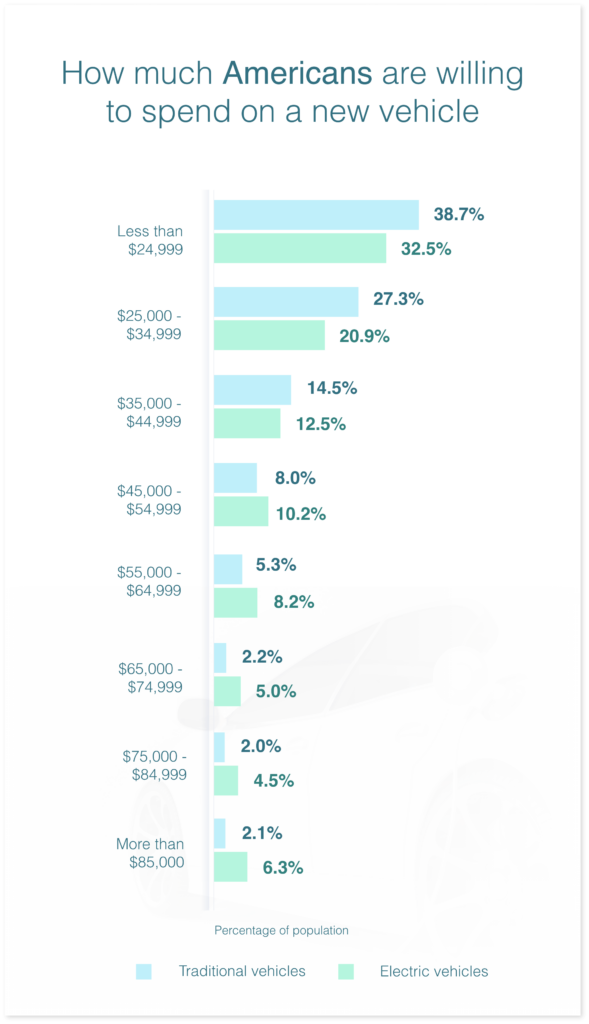 “Despite people being open to spending more on an EV, the fact remains that they remain largely unaffordable for many with price one of the most prominent barriers to entry,” the authors said.

Compare the Market also surveyed adults in Canada and Australia, where preferences for EVs outweighed interest in their ICE equivalents. However, the research did find some common points: