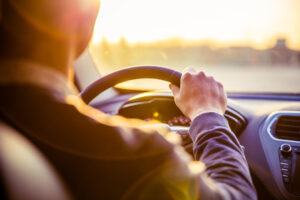 Advocates for Highway and Auto Safety 2023 Roadmap to Safety report, released last week, rated five states in the U.S. as making the most legislative progress toward vehicle and roadway safety improvements to prevent serious injuries and deaths.

The report also outlines courses of action for state legislatures, Congress, and the U.S. Department of Transportation “to reverse the recent tragic trend of skyrocketing deaths and injuries on U.S. roads,” Advocates said.

In 2021, more than 115 people were killed in crashes each day, on average due to speeding, impaired driving, and not buckling up, according to the report. Advocates and its partners “call on our nation’s state and federal leaders to use this report and take action – now.”

In addition to focusing on state laws, as in previous reports, Advocates also provides detailed strategies in the 2023 roadmap for incorporating technological solutions and safety infrastructure upgrades into roadway death prevention measures.

“The 2023 Roadmap to Safety marks the 20th edition of our report. Over that time, more than three-quarters of a million people have been killed and 51.5 million more have been injured in motor vehicle crashes,” said Cathy Chase, Advocates for Highway and Auto Safety president, in a statement. “This year’s report cover features the photos of a mere a fraction of the people killed in crashes. Last year, motor vehicle crashes claimed 42,915 lives. This was a 10.5% increase over the previous year.

“Early data from the first six months of 2022 show deaths persist at egregiously high levels. Moreover, crashes injure millions of people each year and impose a comprehensive cost on society of more than one trillion dollars. This amounts to a crash tax of nearly $950 for every person living in the U.S. This horrific toll must serve as a blaring wake-up call to policymakers at all levels of government to take action to reverse this upward trajectory. Advocates’ Roadmap to Safety provides a blueprint for such action.”

Five states — Louisiana, Maryland, Oregon, Rhode Island, and Washington and D.C. — received the highest rating of green while nine states earned a red rating for “lagging dangerously behind” in the adoption of Advocates’ recommended laws. Those were Florida, Massachusetts, Michigan, Missouri, Montana, Nebraska, North Dakota, South Dakota, and Wyoming. The remaining 36 states received a yellow, or caution rating, to indicate that improvement is needed.

To find out how your state measures up, check out pages 45-59 of the report. According to a public opinion survey from Engine Insights Caravan, as cited by Advocates, two-thirds of respondents said not enough is being done to reduce dangerous driving behaviors.

Advocates also found that in 2019, the U.S. had the highest motor vehicle crash death rate at 11.1 deaths per 100,000 population among 29 high income countries. “In a study of 34 similarly developed countries, the U.S. was one of only three that experienced an increase in road deaths in 2020, compared to the previous three years,” Advocates’ report states.

“NHTSA has estimated that over 600,000 lives were saved by motor vehicle technologies between 1960 and 2012,” Advocates’ report states. “Advocates supports requiring the next generation of verified safety technologies including AEB, impaired driving prevention technology, and others as standard equipment on new vehicles to add to this remarkable, lifesaving legacy.”

Advocates said it supports measures “to spur state action on traffic safety laws to enhance safety for all road users including effective federal incentive grant programs with accountability and oversight.”

The report also stresses the need for road design and operation improvements to increase safety and minimize impact forces to prevent serious injuries and fatalities for all drivers. Advocates believes this can be done by preventing infrastructure conflicts between motorists including vehicles and motorcycles, pedestrians, bicyclists, micromobility riders, and wheelchair users just to name a few.

Laws, such as the federal Infrastructure Investment and Jobs Act (IIJA) signed into law by Congress in November 2021, need to be carried through with to improve vehicle safety as well, Advocates said. IIJA presents “a key opportunity to advance numerous safety improvements including proven vehicle safety technologies like automatic emergency braking and impaired driving prevention systems,” according to Advocates, and “placed a spotlight on initiatives that would enhance the safety of all users as part of a Safe System Approach.”

“However, one year later and with rulemaking deadlines fast approaching, the new report calls on the U.S. DOT to prioritize implementing the safety critical provisions in the law,” Advocates said.

U.S. Rep. Eleanor Holmes Norton (D-DC), who chairs the House Committee on Transportation and Infrastructure Subcommittee on Highways and Transit, said in an Advocates news release about the report that the subcommittee “heard clearly what is not working” during roadway safety hearings it held in 2019 and earlier this year.

“[F]or too long, we have accepted preventable traffic deaths as inevitable, prioritized speed over safety, and focused solely on moving cars quickly,” she said. “Traffic fatalities have increased 19% since before the pandemic. Deaths among people walking and biking have increased by 62% in the last decade. And crashes continue to be a leading cause of death for our children and teens.

“Last November, Congress passed the Bipartisan Infrastructure Law, the largest long-term investment in national infrastructure in nearly a century, and it will help us build a safer, cleaner, and more equitable transportation system. With robust implementation by the U.S. Department of Transportation, States, and cities, I expect the law will deliver real gains in roadway safety for the District of Columbia and every other community in this country.”