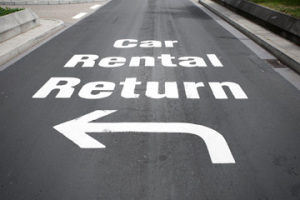 During the first quarter of 2014, the Society of Collision Repair Specialists (SCRS) focused efforts on researching, collecting and analyzing rental and estimate data to better understand how the information can predict a more accurate expectation relative to time for repair. The project was initiated due to an increase in concerns from the repair marketplace as some property & casualty carriers increased their insistence that repair facilities agree to repair time frames using unrealistic expectations, and to indemnify the carrier for rental expenses beyond those terms.

Loss-of-use or rental insurance is an optional coverage offered by many insurance carriers. The policy, sold for an additional premium, is intended to cover the cost of a rental vehicle for policyholders who have incurred a loss and are without their vehicle for a period of time either due to necessary repair or replacement. The policies often contain restrictions, such as capitation on the amount of coverage per day, or an overall cap on the total rental expenses that will be covered.

“The issue causing the concern for our members isn’t in situations where the rental costs extend beyond policy limitations,” shared SCRS Executive Director Aaron Schulenburg. “It is in scenarios where the costs are within the policy limits, but is the insurance company is imposing an arbitrary timeframe they believe the repairs should be completed within, and then expecting the repair facility to indemnify for the balance of the rental expenses; despite the fact that they assumed the risk for such expenses when selling the loss-of-use policy.”

As an example, when SCRS compared average hours per estimate data from provided by CCC against the Enterprise average length of rental, a 30 hours job could be expected, on average, to take an estimated 15 days to repair; reflecting a median multiplier of 0.5.

In the Q1 2013 Auto Physical Damage edition of its Industry Trends Report, Mitchell reported, “the median multiplier (multiply the number of labor hours per repairable estimate and you get a good approximation of rental days used) for the 49 states is 0.47 with a standard deviation of .05 indicating a fairly tight distribution.” This means, per Mitchell’s calculations, a repair order with 30 hours of repair labor could be estimated to take roughly 14.1 days for completion with a reasonable level of accuracy. When looking at 2013 Q4 data from Mitchell, and comparing the information against the Enterprise Rent-A-Car length of rental report, featured in the Q1 2014 Industry Trends Report, SCRS’ resulting calculations actually indicated a slightly longer expectation, but the differences could be based on the inclusion of all 50 states, fluctuations in length of repair from Q1 2013 to Q4 2013 or other potential variances in the analysis.

“We recognize the challenges associated with drawing conclusions from two disparate data sources,” added Luis Alonso, SCRS Industry Issues Committee Chairman. “Our conclusions are going to have a higher standard of deviation because we are averaging averages rather than raw data, and also because the data sets may cover two different spans of information. For instance, IP estimate data is based on overall uploaded estimates which will reflect some vehicles that may not be repaired, and rental company data is based on repaired vehicles that did utilize a rental. Recognizing these factors, all the results still confirmed that none of the numbers produced anything resembling the expectations being placed on repairers by some in the insurance industry.”

“The resulting calculations demonstrate the huge level of disparity between reality and expectation,” added Schulenburg. “Unfortunately, these false levels of expectation add waste into the repair process by creating costly and unnecessary administration for both the repairer and the rental agency, and can almost assuredly factor in a level of frustration for the consumer that could be avoided if we used better information to set their expectation at the onset of the process. The objective should be to set an expectation that will produce a consumer experience that lives up to what was promised; unfortunately, if we use bad data to establish the metrics, we are setting ourselves up for failure from the beginning.

SCRS National Director Dusty Womble took the results of the study and applied them to a test in his own business, Roger Beasley Collision Center in Austin, Texas. Traditionally, his organization did their best to avoid committing to a time for repair until a thorough disassembly and blueprint was created; but customers were often being instructed by their carriers of an estimated time for repair as they provided preliminary rental vehicle approval. After participating in the board analysis of the collected data, they made a decision to give their consumers an estimated time for repair by dividing total labor hours by 2.0 hours per day, explaining the complexity and the challenges involved in the repair process, and the many factors that go into the repair aside from just the physical labor; all of these things which make it difficult to give an exact timeframe.

“Interestingly, the adjusted formula made a huge difference in our customer interactions,” shared Womble. “Our Customer Service Index (CSI) scores shot up by about 7 percentage points, simply because the consumer perception regarding the vehicle being delivered ‘on time’ changed. We didn’t adjust anything else in our workflow, other than the expectation we were setting up front for the anticipated completion. It’s a great example of how we can directly impact the consumer experience in a positive manner if the focus becomes on educating the vehicle owner on the realities of the repair process.”

For more information about SCRS, or to join as a member, visit our website at www.scrs.com.

About SCRS: Through its direct members and 43 affiliate associations, SCRS is comprised of 6,000 collision repair businesses and 58,500 specialized professionals who work with consumers and insurance companies to repair collision-damaged vehicles. Additional information about SCRS including other news releases is available at the SCRS Web site: www.scrs.com. You can e-mail SCRS at the following address: info@scrs.com.