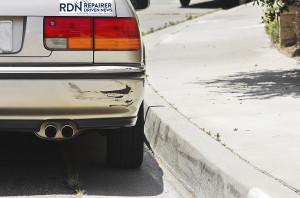 Hankook Tire’s recent Gauge Index survey revealed just what kinds of bumper stickers are big in different regions — which should give you an indication of the kind of slogans you’re going to see mangled on the back of the vehicles in your shop this year.

(Or, conversely, what kinds of ill-thought-out stickers that a PR-savvy shop will offer to remove for free. Here’s an example from A & J Collision Repair.)

Only about 27 percent of drivers surveyed had stickers, according to Hankook.

Of those, the West is No. 1 in sports-related stickers, making up 42 percent of drivers in that sticker subgroup. It was followed by the Northeast (25 percent).

However, it’s unclear if those teams extended to the high school and college levels, as Hankook’s study also included a category for colleges and schools. The West was also first in that category, with 32 percent.

And the West was first yet again for political or candidate stickers, making up 24 percent of that bumper sticker demographic.

However, Northeast drivers were No. 1 for “fun” or “personal life philosophy” stickers, making up 49 percent of those messages, according to the company’s news release. (The West came in second with 35 percent.) The South placed first among the “Other” category, with 50 percent — a group in which the West placed last by two percentage points, with 34 percent.