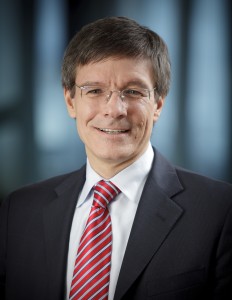 Allstate said Wednesday that its auto insurance business declined in profitability in the last three months of 2014, but overall did about the same in 2014 as 2013.

However, subsidiaries Encompass and Esurance lost money again — which could have ramifications for the collision repair business in terms of claims pressure.

In earnings results released Wednesday and discussed Thursday morning on a conference call with the investing community, Allstate said that its combined ratio for vehicle insurance rose to 97 percent in the quarter and 94.7 percent for the entire year. Underlying combined ratios were 98.2 percent in the fourth quarter and 94.2 percent for the year.

A couple of definitions before we continue:

While the auto ratios were definitely poorer in the fourth quarter than in 4Q 2013, yearly totals were about the same as the previous year.

CEO Tom Wilson, during a discussion of auto combined ratios in the conference call Thursday, vowed to get the rate down to 87-89 percent in 2015, which would be a pretty significant drop. He was probably referring to the company’s goal of a 87-89 percent underlying combined ratio in 2015, which was announced in the Wednesday news release. Repairer Driven News is seeking clarification.

The entire Allstate company — including both Esurance and Encompass — had a 90 percent combined ratio for the quarter and a 93.9 percent combined one for the year. Underlying ratios were 89.5 percent and 87.2, respectively — right in the target range.

Esurance and Encompass lost money in the auto business quarterly and yearly — using either ratio — with Esurance’s ratios past 110 percent both time periods. Both companies’ auto insurance offerings lost money in 2013, too.

Kathy Mabe, president of the business to business group that includes Encompass, and Don Civgin, president of emerging businesses, which includes both Mabe’s group and Esurance, said underwriting expenses for the two subsidiaries need to fall.

This could indicate increased pressure on appraisers and collision repairers to keep claims down.

However, Esurance’s high proportion of underwriting costs — made up of loss and general expenses — were heavily driven by advertising costs, and Civgin indicated that was part of the plan.

About 17.4 percentage points of that ratio was advertising, he said, compared to about 10 percent for similar competitors. However, he and Wilson said that was a tactic to aggressively get customers.

“That is a good growth opportunity,” Wilson said of Esurance.

What needed to be addressed, Civgin implied, was losses from claims.

The Esurance loss ratio saw a “point or so improvement this year,” he said, but 76.6 percent in underlying loss ratio (auto and homeowners combined) was “not good enough.” The regular loss ratio for both was 76.8 percent.

“There’s some expectation for improvement in the loss ratio,” Civgin said. His tone seemed to imply an “or else” quality to this statement.

Encompass, which Wilson said targets a more “mass-affluent” customer east of the Mississippi, also needed to show improvement, he asid.

“We need to raise returns in both of the auto and property businesses,” he said.

Mabe said Encompass could get back in the black this year.

“Our goal this year is to return Encompass to a true underwriting profit,” she said.

Part of the problem, she said, wasn’t enough work to retain customers. But Encompass was also looking at five states that need “strong underwriting and pricing action.”

“Strong discipline on the underwriting side” was needed on those states, she said.

Allstate spokeswoman Maryellen Thielen couldn’t give any more details about what states Mabe was discussing or if the underwriting crackdown referred to Encompass’ losses or expenses (or both). She could not provide details about what acceptable auto loss ratios would be for either Esurance or Encompass.

(This wasn’t stonewalling — companies have to be very careful about what they say about earnings or risk lawsuits or SEC action for misleading investors.)

Allstate was the country’s No. 3 consumer auto insurance company overall in 2013 (the most recent data available) behind dominant State Farm and No. 2 Berkshire Hathaway (Geico), though it’s still ahead of Geico in purely auto damage insurance.

Check out the feed of live Twitter updates from the call below.