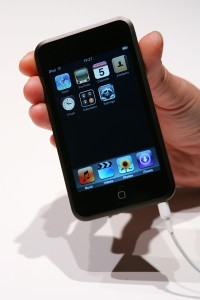 The Boston Globe on Monday profiled an innovative company providing auto repair companies with a way to prove to their customers that repairs are needed: Go to the videotape.

It’s actually a simple technique; the shops just use an iPod Touch and mic to film whatever needs to be fixed on the car, according to the Globe. What was difficult, the newspaper said, was getting the footage to customers; video files are gigantic.

Quik Video, who provides the service, and an outside contractor developed a system where only the customer could see the videos and be alerted to their existence by email or text, the Globe said. As the videos use a customer’s license plate to prove the mechanics aren’t just filming a beater’s engine, that privacy protection is necessary.

Here’s an example from VBOT, the company who helped Quik Video develop the system:

Quik Video is expensive, between $795-$1,295 a month, but it’s apparently worked well for the mechanics contacted by the Globe.

“In January, it boosted our sales about 20 percent in service and parts,” Colonial Honda service director Peter Slota, told the newspaper. “This is groundbreaking and will probably be a common practice in all automotive repair shops.”

Another shop planned to expand it to three other stores, according to the newspaper.

It sounds like a great way to combat the unfair rap mechanics get and educate customers about auto repair. The article even notes that hard-to-visualize problems like a bad alternator can be documented by showing a diagnostic readout. Even a truly “invisible” problem can be documented and explained with success following the trust built up by earlier videos to the customer, Quik Video Chief Operating Officer Jack Gardner indicated to the Globe.

The article focuses on Quik Video use by  mechanics describing less obvious and out-of-pocket repairs, and so is more relevant to full-service and dealership collision repairers than those doing purely auto body work.

After all, a customer missing part of their front end probably won’t need video evidence that work is needed, and the insertion of third-party money and appraisers in the repair process will complicate things. It’s not the customer’s money being spent, and it’s not the insurer’s personal car getting fixed.

Nevertheless, the raving by mechanics using the service is still worth noting by collision repairers who do more out-of-pocket business or are trying to demonstrate to an offsite appraiser why work is necessary.

There’s also an opportunity to win the customer over to your side if an insurer isn’t acknowledging a less visible repair that needs to happen. You don’t need to wait for an “Anderson Cooper 360” film crew to come out to your shop when you can provide your own video to your client.