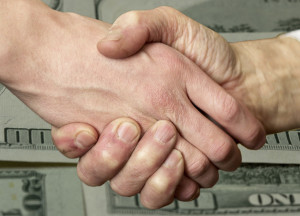 “Supplement!” financial blogger Bradley Mewes dramatically outlined the trend of collision repair consolidation in his latest post, a precursor to a upcoming discussion of whether or not to sell to one of the MSO Big 4.

Mewes recalled a 2012 Q&A where an executive of a financial firm thought collision repair “was still in the early stages of consolidation, but that the pace of consolidation would pick up rapidly.”

At the time, Mewes wrote, Boyd/Gerber had nearly 200 locations in the U.S. and Canada; ABRA and Caliber had more than 100, and the Carlyle Group had just announced it would buy 50-shop Service King.

Now, Boyd/Gerber has more than 300 facilities; ABRA and Caliber are neck-and-neck at 265 and 253 shops, respectively; and Service King has 223, according to Mewes.

This wave of mergers and buyouts has paid off in terms of rising collision repair business values, he wrote.

“As one investment banker confided to me, there may never be a better opportunity in our lifetimes than now to sell,” he wrote.

It’s an interesting piece, and worth reading. We look forward to seeing  sequel on the merits of buying more shops, standing pat, or selling.

“Buy, Sell, or Hold? The State of the Industry Part II”

Featured image: “As one investment banker confided to me, there may never be a better opportunity in our lifetimes than now to sell,” Bradley Mewes wrote on “Supplement!” about collision repair. (Tanucka/iStock/Thinkstock)