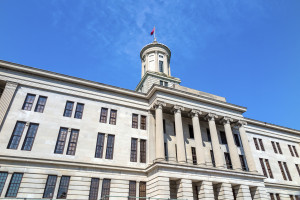 Two bills of note to collision repairers were scheduled to be heard by legislative committees in Tennessee and Minnesota Wednesday.

One is likely to inspire outrage from the industry, the other support.

The Tennessee bill allows non-original equipment parts to be installed in new cars after a crash, but the Minnesota bill would ban even more auto insurer practices with regards to the collision claim process.

Minnesota law already requires that insurers let customers use whatever shop they want after a crash, but SF 135 would expand customers’ discretion even further.

SF 135, sponsored by Democratic state Sens. Barbara Goodwin, Ronald Latz, and James Metzen and Republican state Sens. Karin Housely and John Pederson, would ban an insurer from making the driver get a car inspected or have a loss adjustment done at a particular shop or shop network. That language would be tacked onto a rule banning that action using “drive-in” centers (Think a Jiffy Lube for insurance estimates.) or anywhere controlled by the insurer.

The Alliance of Automotive Service Providers-Minnesota helped develop the bill.

“This legislation would provide a much-needed correction to the imbalance of power that currently exists between insurers and collision repair shops,” the organization wrote in a recent email. “AASP-MN believes that independent businesses should have the ability to freely choose the products they use and the suppliers they do business with – without undue influence or mandates imposed by market-dominant insurers.”

The Senate Commerce Committee was scheduled to hear the bill at noon in Room 112.

Be heard: Minnesota legislator contact information can be found here.

House Bill 110, which has companion Senate Bill 65, was to be heard at a noon meeting of the House Insurance and Banking Subcommittee.

However, it keeps the mandate that an aftermarket brand or logo exist on the part and be visible “whenever practicable.” It also continues to include notification, in 10-point or larger letters, of which non-OEM parts were used in a repair.

That seems like kind of a raw deal for consumers — your car is less than two years old, and you’re already getting non-OEM parts?

The legislative Fiscal Review Committee makes a few interesting analyses about the bill that collision repairers might want to contest.

The first one is controversial for obvious reasons. The second, particularly when placed next to the common-sense third hypothesis, begs the question of why anyone other than the part manufacturer would be expected to do anything with the labeling, unless an insurer or customer opts for unlabeled parts and expects the shop to slap decals on everything.