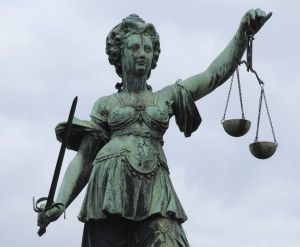 A judge has recommended two cases brought by Louisiana auto body shops against the nation’s largest insurers be dismissed — but he also advised the shops should have a chance to reargue it.

Florida Magistrate Judge Thomas Smith on Tuesday recommended that two counts within each of the similar Southern Collision v. State Farm et al and Parker et al v. State Farm et al be dismissed with prejudice — meaning they can’t be raised again. He recommended the other five counts in each case be dismissed without prejudice, allowing the collision repairers a “do-over.”

Middle District of Florida Judge Gregory Presnell has not yet ruled on the recommendations, though he agreed with Smith earlier on recommendations for a Mississippi case. The Middle District of Florida is hearing other states’ cases because the details are so similar to one brought by Florida collision repairers. That case, A&E Body Shop Inc. et al v. 21st Century Centennial Insurance Company et al saw similar dismissals by Presnell.

Though Southern Collision and Parker are heard in Florida, the ultimate decisions will rely on Louisiana law whenever different from Florida law.

Even if Presnell backs Smith’s recommendations, it doesn’t mean the auto shops have lost, despite court disagreements with the arguments presented.

For example, Jackson, Miss.-based Eaves Law Firm, which was handling all three states’ cases, expressed confidence that they’d expected the A&E ruling and could satisfy the judge in the similar Florida case. A new complaint filed by the Florida shops seemed to carry more specifics, a feature Presnell said had been lacking in the previous lawsuit.

Smith recommended that accusations of violating the Louisiana Unfair Trade Practices Act and of “quasi-estoppel” be dismissed with prejudice. We’ll look at both briefly.

LUTPA: The auto body shops said that insurers violated LUTPA, which bars unfair “methods of competition” and “deceptive acts or practices” in commercial activity, according to Smith. However, he said, LUTPA doesn’t apply to insurers, leaving them under the jurisdiction of the insurance commissioner and governed by the Insurance Code. (Don’t worry, the latter still bans unfair competition and deception.)

“Quasi-estoppel”: Smith argued this should be dismissed for good under the same grounds as in Mississippi: It’s not something you can use as the reason for a lawsuit, he said.

“It operates defensively, by preventing another party from taking a particular position in litigation,” he wrote then.

A closer look at Smith’s rationale for dismissing the allegations that can be raised again indicates possible avenues the shops can take in a new complaint. Here they are:

Smith noted that some of the insurers in the Parker case had pointed out that they weren’t described as having benefited at all from the behavior discussed in the case. As the plaintiffs hadn’t addressed this in future filings, he wrote, the count should be dropped for that alone. So it sounds like more specifics would help a future claim.

“It is not the Court’s job to do a party’s research,” Smith wrote.

On top of that, Smith wrote, any instance in Parker where a shop had a direct repair program contract with an insurer wouldn’t be able to count under an unjust enrichment lawsuit. Those cases can only be brought if there’s no contract, he wrote.

The Louisiana shops alleged “steering” by insurers caused tortious interference in their business, but Louisiana requires malice, not just profit-seeking, to be the grounds for it. Smith indicated that this was an harder burden of proof on Louisiana shops than in the other states, and the insurers might have a better defense here.

“Louisiana law requires a plaintiff to show more than generalized interference in the plaintiff’s business interests; yet, that is precisely the basis of the claims being asserted in these cases,” Smith wrote.

More specific instances of customers being affected — perhaps longtime customers being told to snub the shop — and proof of malice, such as insurers retaliating by disparaging a specific shop, would be useful to make this claim work.

Conversion under Louisiana civil law happens when you deprive someone else of goods they should have. (It kind of sounds like the civil version of theft.)

Smith wrote that you can’t use a conversion case to collect a debt, and so he dropped that count.

The arguments of Sherman Antitrust Act violations in Southern Collision and Parker are the same as in A&E, and so Smith recommended dismissing the counts for the same reasons. Find out more about that here.

It’s unclear when Presnell would rule on the recommendations. There was about a month between Smith’s suggestions and the ruling in the Mississippi case.

As for the other cases discussed here, the Mississippi shops have until March 20 to refile their case. The Florida shops have two different deadlines, the soonest being March 13.