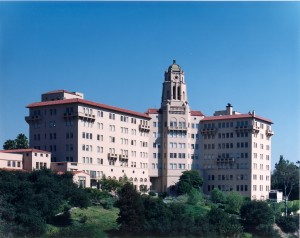 Breaking with two other U.S. appeals courts — which mean the issue could go to the Supreme Court — the Ninth Circuit Court of Appeals ruled ruled late last month that dealership service advisers must be paid overtime.

Service advisers paid on commission (not hourly) at Encino Motorsports had sued the company for overtime, arguing in Navarro et al v. Encino Motorcars that they still deserved the extra compensation under the Fair Labor Standards Act.

The advisers at the California Mercedes dealership said their job entailed meeting vehicle owners, figuring out what the motorists’ complaints actually mean for repair, write up an estimate and try to solicit other work on the vehicle then and with phone calls to the owner. The Central District of California ruled that meant the advisers counted as “any salesman, partsman, or mechanic primarily engaged in selling or servicing automobiles,” which are exempt from overtime rules under the law.

It also dismissed the plaintiffs’ California law argument too.

But the Ninth Circuit reversed both of these decisions, though it agreed with the District Court in favor of the dealership on other allegations made in the lawsuit.

The Ninth Circuit felt that under a strict reading of 2011 Department of Labor definitions — as the Supreme Court has done recently — and the burden of proof being on the employer in FLSA cases, the advisers wouldn’t count as anything that was exempted. As Judge Susan Graber wrote in the definition:

It is plausible to read the term “salesman” broadly and to connect the term to “servicing automobiles”; that is, one could consider a service advisor to be a “salesman . . . primarily engaged in . . . servicing automobiles.” But, as explained in more detail below, in Part C, it is at least as plausible to read the nouns in a more cabined way: a salesman is an employee who sells cars; a partsman is an employee who requisitions, stocks, and dispenses parts; and a mechanic is an employee who performs mechanical work on cars. Service advisors do none of those things; they sell services for cars. They do not sell cars; they do not stock parts; and they do not perform mechanical work on cars.

In fact, the court noted, the Labor Department even thought about changing it to include service advisers — but specifically didn’t after public comment.

Now courts have the power to change something the regulator did if they think it’s unreasonable. (That’s one of the reasons to have a legal system.) And a lot of other judges have argued that of course someone who sells something at a car dealership and helps in the service process is “primarily engaged in selling or servicing automobiles.”

“We recognize that our decision to uphold the agency’s interpretation conflicts with decisions of the Fourth and Fifth Circuits, several district courts, and the Supreme Court of Montana,” Graber wrote.

Reminiscent of Bill Clinton’s “define ‘is,'” the ruling partially hinges on the “ors” in the law, according to the court: You’re exempt from overtime if you’re selling cars or servicing them — but not if you do both. Also, the law has been changed over the years from exempting anyone working at a dealership to specific jobs there.

“In sum, there are good arguments supporting both interpretations of the exemption,” Graber wrote. “But where there are two reasonable ways to read the statutory text, and the agency has chosen one interpretation, we must defer to that choice.”

Why you should care

The move would affect dealerships and service advisers in the Ninth Circuit, which includes Arizona, California Colorado, Hawaii, Idaho, Montana, Nevada and Oregon. Advisers should be aware of their rights, and dealership owners and repair shop managers there should make sure they’re satisfying this interpretation of the law — at least until Congress revises it or the Supreme Court plays tie-breaker between the appellate courts.

“Accordingly, automobile dealerships in the Ninth Circuit should review their pay practices if they have relied on Section 213(B)(10)(A)’s exemption for employees who were neither hired for nor perform the following primary job duties: (1) making sales or obtaining orders or contracts for the sale of automobiles, trucks, or farm implements the establishment is primarily engaged in selling; (2) requisitioning, stocking, and dispensing parts; or (3) performing mechanical work in the servicing of an automobile, truck, or farm implement for its use and operation as such,” Michael Warren and Benjamin Emmert of mammoth labor law firm Littler wrote in a Tuesday analysis. “The Navarro decision also shows the Ninth Circuit may interpret other specific exemptions narrowly and may not apply them to employees whose job duties fall outside the four corners of the statutory/regulatory definition of the exemption.”