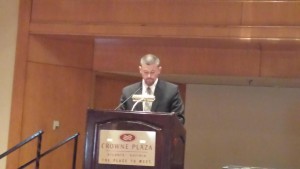 Two Southern newcomers were elected and two incumbents re-elected Tuesday in Atlanta to the Society of Collision Repair Specialists.

Mark Boudreau, owner of Virginia-based Spectrum Collision Center, and Michael Bradshaw, vice president of operations for North Carolina-based K&M Collision, were selected for the board for the first time.

Incumbent board members Domenic Brusco, PPG senior manager of industry relations, and Bruce Halcro, Capital Collision Center owner, were re-elected. Brusco’s business is in Pennsylvania and Halcro’s is in Montana.

The new chairman of SCRS will be Andy Dingman of Dingman’s Collision Center in Nebraska and Kye Yeung of European Motor Car Works in California serve as vice chairman.

“I grew up in a family business,” Dingman told the SCRS-hosted luncheon shortly after the announcement, recalling hearing of the organization and its members during his youth but not fully recognizing its importance until later.

SCRS has a “rich history,” he said. Today, it provides information through Repairer Driven News, teaches through the Repairer Driven Education series and serves as an “ally.”

Boudreau and Bradshaw addressed SCRS on Tuesday, as did all of the candidates in some fashion.

Halcro and Sgro were present solely through letters read by elections head Dusty Womble, Halcro absent because of a health issue and Sgro unable to attend because of a family vacation commitment.

Boudreau said he was impressed by what the SCRS board had accomplished.

“This board gets things done,” he said, also noting that it was not afraid to take a stand.

Boudreau also noted that observers have no idea the “complexity” of running a modern body shop.

Bradshaw said he was passionate that OEM procedures were the way to do repairs — which is SCRS’ stance as well as that of many speakers at CIC — and placed a high importance on doing a job correctly.

He said that if he observed a wrong, “I’m going to do everything I can to right that wrong” — not just complain.

Here are their campaign bios submitted to the Society of Collision Repair Specialists: 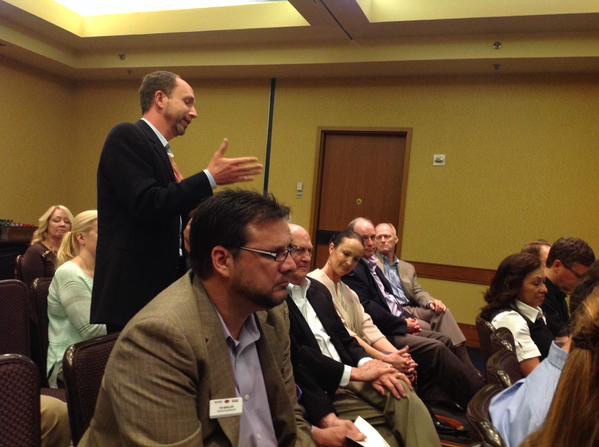 Mark Boudreau opened Spectrum Collision Center in Arlington, Virginia in 1992, just a few weeks after graduating from Virginia Commonwealth University with a degree in Marketing and Finance. The unique and challenging aspects of the collision repair industry became quickly apparent and led to participation in Washington Metropolitan Auto Body Association (WMABA), where he joined the board in the mid-1990’s and served on the executive committee through the late 90’s and 2000’s, including serving as the president of the association. During his tenure on the board, he was instrumental in crafting, lobbying and obtaining passage of legislation in Virginia of stricter anti-steering legislation and changes to the tax code allowing repairers to collect tax on refinish materials.

Passionate about his business, consumers’ rights to high quality repairs and the collision repair industry as a whole, Mark has dedicated his professional life to the advancement of all three.

Today, Mark serves on the board of WMABA, I-CAR ISAC, the Arlington Career Center (which he guided through NATEF Certification) and the day to day operations of Spectrum. As a second generation shop owner committed to training, Spectrum has been an I-CAR Gold Glass facility 14 of the last 15 years and Mark maintains ASE Master Collision and Refinish Technician status. He lives in Alexandria, Virginia with his wife Leah and sons Henry (eight) and Max (seven). 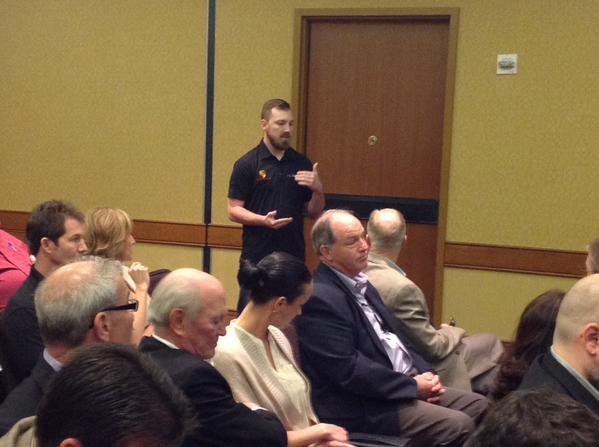 Michael grew up in the collision repair industry, learning the business from his mother, Meredith Bradshaw, and father, Kevin Bradshaw who, together, founded K&M Collision in 1991.

Their collision repair facility was founded on the principle of always placing their customer’s best interests first. From the beginning, they have dedicated themselves to collision repair at the highest level of quality.

As Vice President of Operations, Michael Bradshaw realized that K&M Collision’s repair philosophy was an ideal fit for manufacturer certification programs, and revolutionized the company’s business model. With certifications from over 15 manufacturers such as Porsche, Audi, and Volkswagen, K&M Collision has leveraged its core principles of factory-correct repairs into growth that has seen the company’s gross sales double, year-over-year, three years running. K&M Collision is recognized as an I-CAR Gold facility and Michael  himself is I-CAR Platinum certified, as well as a certified technician by multiple manufacturers.

Michael believes that training and education empowers shops by helping them stay on the cutting edge of modern automotive technology. He looks forward to the opportunity to work with other repairers as a board member at SCRS, to develop resources and strategies that benefit all of its members. Michael is at the forefront of an effort in North Carolina to establish an auto body association affiliated with SCRS to further support these goals.