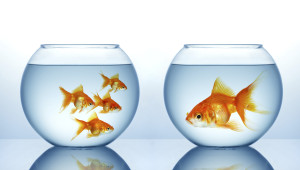 The Pioneer Press, a suburban sister chain of the Chicago Tribune, has taken an extensive look at collision repair consolidation in an article worth a look by Illinois auto body shops.

In the Chicago area, ABRA went from 0 to 42 shops in a year, the article posted on the Chicago Tribune’s site April 28 states. The piece also describes the expansion of Skokie, Ill.-based Gerber Collision & Glass, which the Pioneer Press said nearly tripled its shops in Illinois and northwest Indiana to 67 locations between 2009 to 2014.

“He said the new company is more organized and professional, and, as far as benefits go, more generous,” the Pioneer Press wrote.

ABRA has health and other benefits the shop hadn’t offered before, McPartland told the reporter.

“We went from nothing to the full package,” he says in the article.

Bojan’s Auto Body chain owner Mike Bojan spoke frankly of his larger competitors, telling the Pioneer Press that consolidators “can wring a little more out of it.” He gave the example of his $15,000 frame machine, which he’s not always using the way a consolidator is.

“I know suppliers are falling all over themselves for these guys. They’re going nuts over them,” Bojan says in the article.

Also interesting is this email quote from Bulbuck, which we’d figure some collision repairers would debate: “While we may look to extend existing relationships with insurers, we don’t look to lower prices to win additional insurance referral business.”

Rouse told the Pioneer Press ABRA keeps employers of purchased shops and hires lower-experience staff after that, and Bojan criticized the latter practice.

“Their business model is to do a lot of business with lesser-skilled technicians, overseen by a master technician,” he told the Pioneer Press. “They’re trying to create car-repair factories.”

Though consolidation is indeed occuring rapidly, it’s important to note — as Rouse did to the Pioneer Press — that there are a lot of independent shops still out there. He told the newspaper chain that no company has even 3 percent of the auto body market.

Featured image: Consolidation is growing, but there are still a lot of independent auto body shops out there. (Valengilda/iStock/Thinkstock)