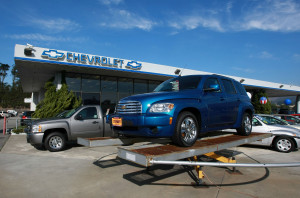 Longer loans and an increase in leases taken out by consumers could translate into more business for auto body shops, according to experts who this week drew attention to the link between collision repair and auto borrowing.

CCC analyst Susanna Gotsch and Mitchell analyst Greg Horn both in webcasts pointed to growth in auto loans and leases as an indicator of the driving public’s demand for collision repair services, and fresh data provided by Equifax on Thursday adds another layer of depth to their arguments.

Gotsch on Wednesday presented data from CCC’s 2015 Crash Course, which cited Experian data to show that 84 percent of the vehicles sold in the fourth quarter had some kind of financing, and 25.7 percent of cars bought in 2014 had loans 73-84 months long. That’s a quarter of the public taking seven years to pay off their cars, up from 11 percent of drivers in 2008 and 9.7 percent in 2010.

Even with those longer loans, Americans are still on average paying off their cars before they get rid of it, according to CCC’s summary of Experian’s findings. Drivers kept a vehicle for 96 months, two-thirds of a year longer than they did in 2008 when the recession was underway.

Horn presented similar figures for the first quarter of 2015, finding that the average loan has a payment of $488 for 67 months to finance $28,711.

Equifax reported 4.1 million auto loans were granted in January and February 2015, up 5.2 percent from 2014 and setting the record for the 10 years the company has paid attention to that statistic.

The number of people underwater on their cars, Gotsch and Horn indicated, will make those drivers more inclined to make repairs to keep the vehicles on the road.

“More cars having purchase financing with folks upside down in their financing will motivate more owners to have their car repaired, vs the behavior of wanting to total it,” Horn wrote in an email Thursday. “If you can’t get out of your financing, it’s better financially for an owner to repair a heavily damaged car.”

That’s just a hypotheses –“I wish I had data that would show that (directly), but we don’t,” Horn wrote — but it makes sense.

Subprime borrowers — who might be even less able to total the car and start over — were borrowing $17,363 on average in February, according to Equifax, 4.4 percent more than in 2014.

Leases too are up — and those vehicles obviously have to be returned as close to pre-accident as possible. Horn, also citing Experian, said that 31.5 percent of all new vehicles were leased in January-March 2015, up from less than a quarter (24.5 percent) in 2010. Of course, as with financing, some of the growth is probably tied to the lower gas prices and better economy that have given automakers a very good first half of the year.

The lease increase might be especially beneficial to repairers.

“For  leases in particular, more and more OE’s are calling for new OE parts when doing collision repair, so the rise in leases can translate into increased OEM use,” Horn wrote Thursday.

Leases made up $66 billion out of the $1 trillion in auto loans and leases outstanding in April, according to Equifax, and more might be coming thanks to the interest shown by banks and financing companies.

Banks had 12.1 percent more leases and financing companies grew that portfolio 19.1 percent in April from April 2014.

Neither CCC nor Equifax indicated that the increase in financing would lead to the kind of repossession or “abandon it and mail back the keys” behavior seen with homes during the recession.

“Severe” delinquencies (two months or longer unpaid) for loans and leases in April was 0.81 percent — the most responsible showing by auto borrowers since September 2005.

“There’s been much concern about the growth of auto lending, particularly in the subprime space, over the past year, yet historically low delinquency rates reveal that the sector continues to perform well,” Equifax deputy chief economist Dennis Carlson said in a statement. “More consumers are staying current on their payments, which is due to both improved economic conditions and the fact that lenders and dealers are qualifying the right borrowers across the entire credit spectrum. Additionally, the inclusion of non-traditional data, as well as instant verification of income empowers lenders by providing a more accurate picture of a consumer’s financial standing.”