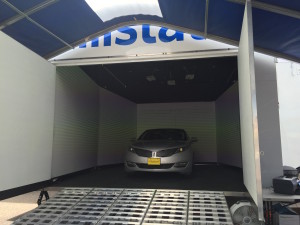 Allstate announced Tuesday it had provided automated hail estimating to victims of a recent Colorado hailstorm, the first of the nation’s Big 4 insurers to offer the new technology on the ground.

Nationwide, the country’s No. 8 private passenger auto insurer in 2014 with 3.85 percent of the market, had announced in April a similar trailer-size structure was available. (It’s unclear if Allstate or Nationwide was first to roll the device out on the ground in the past.) But Allstate’s size — about 2.5 times larger with $3.53 billion in premiums earned, according to NAIC — should give both collision and painless dent repairers as well as fellow insurers even greater reason to take notice.

“Allstate is on the frontline in using this latest technology. The Mobile Assessment Center is going to elevate the way we take care of customers following a disaster,” Allstate claims Senior Vice President Mark McGillivray said in a statement. “The Mobile Assessment Center allows for an almost touchless process for evaluating damages, settling claims, and getting customers back on the road as quickly as possible.”

Like Nationwide’s unit, Allstate’s Mobile Assessment Center can scan a battered car with a series of digital cameras in a few minutes and estimate dent severity and volume for an adjustor, according to spokeswoman April Eaton. Neither system removes a pair of on-site human eyes or relies purely on the computer’s opinion to calculate comprehensive damage, according to Eaton and a Nationwide executive.

“We believe that the Mobile Assessment Center, with its state-of-the-art technology, will provide us with a more efficient way to capture and review damages to vehicles with hail damage, which will greatly enhance Allstate’s ability to service customers,” Eaton wrote in an email Wednesday.

Allstate only has a single hail estimating center, compared to the two in Nationwide’s catastrophe response fleet, though the company will evaluate if it wants to add more, according to Eaton. Catastrophe Solutions International produces the devices

“In the two days we’ve been in Parker, Colo., we’ve received positive feedback from customers about their experience,” she wrote. The technology also was used last year in South Carolina, and Allstate said estimates made then were more accurate.

Like Nationwide’s, the new Allstate technology wouldn’t shut the door on customers or repairers arguing about the extent of the damage or whether a dent or ding happened during a storm yesterday or because of something a year ago that went unreported, according to Eaton.

“Our commitment is always to settle claims fairly,” Eaton wrote. “Just like with any other claim, if there is a disparity with an estimate, a customer can contact their adjuster and go through the supplemental process.” 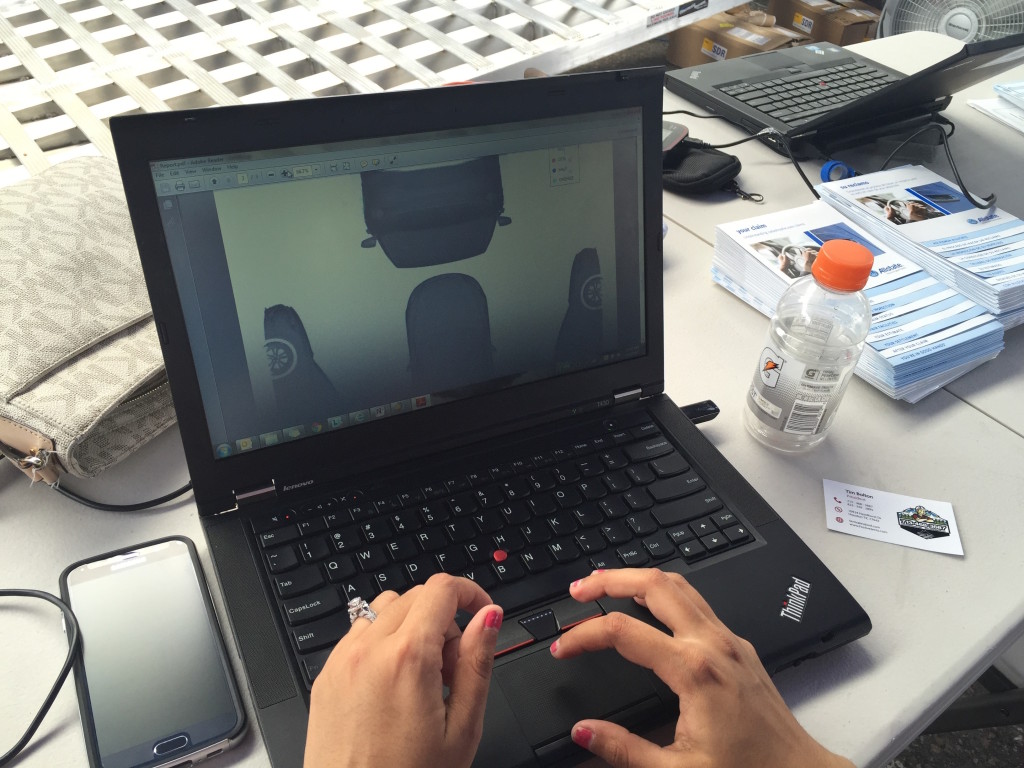 Eaton, who was trying to track down staffers Wednesday afternoon to answer our questions, didn’t provide an answer on if the company sees the technology as something that could advance in the future to evaluate collision damage. That type of technology is already creeping onto the collision repair radar with devices like the Matrix Wand and patents like this 2014 filing by Andre Balzer.

Allstate announced Tuesday it had provided automated hail estimating to victims of a recent Colorado hailstorm, the first of the nation’s Big 4 insurers to offer the new technology on the ground. (Provided by Allstate)

Allstate’s Mobile Assessment Center can scan a battered car with a series of digital cameras in a few minutes and estimate dent severity and volume for an adjustor, according to spokeswoman April Eaton. (Provided by Allstate)