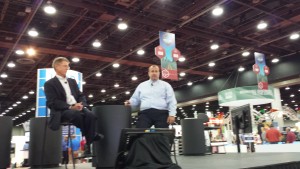 The 10 ProLevel 1 courses — which must be completed in order, a rare step for I-CAR — will be available starting Aug. 10.

Van Alstyne and curriculum and product development Director Josh McFarlin said a technician could achieve Platinum status in production management. However, they said they were still studying whether to require a production management-trained staffer for a shop to achieve Gold Class.

The program, done to address an industry demand brought to I-CAR’s attention in 2010, is also notable for its mix of online, virtual and live classes, which have been shortened from the traditional I-CAR three-hour tour. The prerequisite system allows for shorter classes, according to I-CAR, for a teacher doesn’t have to spend time catching students at different levels of proficiency up to speed.

Van Alstyne said that just because the classes were shorter didn’t mean they were superficial compared to the three-hour ones — they were just more efficient.