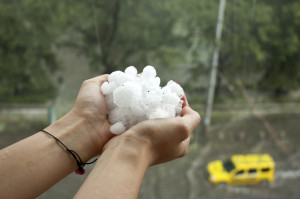 The National Alliance of Paintless Dent Removal Technicians and PDR Nation on Friday attacked what they said was a new Farmers policy which refuses to pay for corrosion protection and extra time to fix aluminum panel dents.

However, Farmers said later Friday the aluminum policy was a “misunderstanding” by a local claims rep, as was another statement above oversize dents from the email. On Monday, a Farmers spokesman also clarified that no blanket ban on corrosion protection existed either.

The issue shows the disconnect which can occur between a national insurer and a local adjustor, a problem indicated before in the collision industry. It also reinforces the message by Collision Advice and National Auto Body Research that you should never assume an insurer’s answer will be no or that a procedure isn’t paid for by insurance.

The groups Friday provided an email from a Farmers Oklahoma City catastrophe response team member which states that the insurer will no longer reimburse corrosion protection or extra for aluminum repair and was instituting other changes as well, including barring certain remove and install (R&I) procedures and new rules for oversize dents.

It appears, based on the content provided, that those policies had been in place at least since mid-May. NAPDRT President Tommy Clayton said in an interview Friday the new policy “looks more regional to me.” It had been seen in the Midwest at least, he wrote in a follow-up email, noting, “Cat teams tend to travel so it realistically could have been implemented anywhere.”

The email provided by the two groups described these new rules:

1.) NO mark up on Aluminum panels – No additioanl time is needed to work Aluminum vs. Steel

2.) Full R&I of headliners is okay but nothing extra

3.) Take a wait and see approach on questionable dents for PDR at a residence

5.) Over Size Dents are classified as anything over Silver Dollar size, hen egg size, or double dents.
Over Size dents = $40/Dent

7.) R&I lamps or fender liners on fenders only if more than 3 dents

9.) Sunroof R&I are not always (needed). Take a wait and see approach

“Unfortunately, the inaccurate information provided seems to have stemmed from one of our claims representative’s misunderstanding, and we have discussed the matter with those involved to ensure clarity,” Farmers spokesman Trevor Chapman wrote in an email. “The fact is that our practice is to adjust aluminum PDRs in accordance with the recommended industry best practices. Our practices also will include a 25% markup on aluminum panels and judging an oversized dent to be anything above a half dollar in size. Beyond that, we all know from experience that there are always variables; so, as it relates to the best interests of our customers and the PDR facilities we will continue to address each claim on its individual merit and have ongoing dialogue with the technician or facility handling the repair.”

As the saying goes, aluminum has no memory, making removing a dent tougher than on mild steel.

The PDR industry typically can charge a 25-50 percent markup for aluminum without insurer complaint because of the metal’s difficulty, according to Clayton, so Farmers’ stance is consistent. He said this had been noted by collision repairers preparing for the aluminum Ford F-150.

In a follow-up, Chapman wrote the corrosion protection instructions were also incorrect.

No corrosion protection went against OEM procedures — a “big” red flag, he said.

“During the PDR process, it is possible that the corrosion protection materials on the backside of the panel may be removed from the repeated scratching of the dent tool tips, even though the tips may be protected with plastic. Therefore, corrosion protection must be restored to ensure the durability of the repair.

Clayton said he wasn’t particularly troubled about the non-aluminum and non-corrosion items, which were the kind of things a PDR business and insurer could “argue about back and forth.”

Similar rules on those items were in place at other insurers, too, Clayton said.

Clayton also issued a formal statement Friday which pointed out the absurdity of an insurer trying to save money on a procedure already meant to be a cheaper alternative.

“To encourage “Short Cuts” by the Hail Repairer to save a few dollars using a repair technique that is already saving the Insurer 40 % or more on hail repairs is moving both industries in the wrong directions,” Clayton said in the statement.

Farmers also this year released a new hail matrix; here’s a copy provided by NAPDRT. It appears to have been sent out nationally based on indications from various regional repairers, according to Clayton.