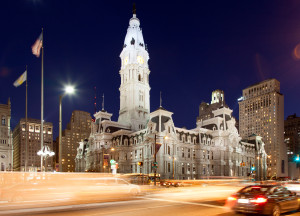 A Progressive representative has said body shops have no impact on pricing and insurers collectively determine rates in Pennsylvania, new versions of two lawsuits by state collision repairers allege.

“Very tellingly, in Pennsylvania, a Progressive representative explained that body shops do not ‘affect pricing,’ the insurance companies get together to determine rates and new rates would probably be determined by a ‘big meeting’ scheduled for April, 2015,” body shops and a trade group wrote in AASP-Pennsylvania et al v. State Farm et al, filed Sept. 19.

Progressive and other insurers called the statement “flimsy” and not enough to fairly sue nearly 70 insurers in a motion to dismiss on Oct. 9.

“Conspicuously absent from this allegation are any of the basic facts one would need to know to even start an investigation of such an allegation, let alone render it plausible to infer a massive industry-wide conspiracy spanning multiple years, such as: who attended this ‘meeting’ (including whether any of the Defendants attended, as the allegation only describes ‘the insurance companies’); whether the ‘meeting’ allegedly ‘scheduled for April, 2015’ actually occurred,” they wrote.

The Pennsylvania case might be a tough sell to the Middle District of Florida judge hearing it and the companion AASP et al v. Erie. Judge Gregory Presnell just days after the new Pennsylvania filings killed the related A&E et al v. 21st Century et al. Collision repairer lawsuits against insurers in about 20 states had been consolidated in his court to avoid needless duplication.

A&E had served as a flagship for the multistate litigation and was also prepared by Eaves Law Firm of Jackson, Miss. The revised version of that case had even more allegations with specifics than the Pennsylvania actions and still failed to satisfy the judge.

AASP v. State Farm also appears to mix and match details from companion lawsuits, referencing Alabama plaintiffs and the Illinois market. It’s difficult to determine if references to unspecified “plaintiffs” truly indicate Pennsylvania entities versus those from other states. That’s probably not going to help Presnell’s mood either.

Still, the Pennsylvania case doesn’t paint a very flattering portrait of auto insurers nationally or in the state.

Allegations from that state most specifically involve Professionals Auto Body, which used to be be part of DRPs but had left all of them by 2012. The shop allegedly suffered steering by State Farm and GEICO.

Another possible Professionals customer was “was successfully steered by a GEICO claims handler. (The customer) was told that he had to have his car towed to a GEICO ‘DRP’ shop,” the lawsuit states.

Other insurers, according to the case, have told customers of the Pennsylvania plaintiffs:

“• You will have to pay more if you go to the shop of your choice
• We won’t warranty the repair of you go there.
• If you go to our network shop we will warranty the repairs
• We can’t give you a rental car if you use them
• They are not on our preferred list.
• You must go to another repair facility/or to a drive-in estimate location to get a repair for your vehicle.”

GEICO hasn’t yet responded to the amended complaint, but State Farm, Allstate, and other insurers disputed the allegations in a different motion to dismiss.

“The conduct Plaintiffs allege in apparent support of their boycott claim includes a smattering of allegations that a few Defendants attempted to steer policyholders to non-plaintiff shops or told certain of their policyholders not to take their cars to certain body shops,” they wrote in a motion to dismiss. “There are no such new allegations of attempted steering as to 64 of the 67 Defendants. Moreover, even the few allegations of purported steering are highly specific and individualized.”

The virtually identical case against just Erie Insurance and Erie Insurance Exchange has been revised and refiled Sept. 19, alleging the same steering as in the AASP v. State Farm action.

Both sides could use an edit in their filings given Presnell’s irritation at “shotgun” arguments; the plaintiffs keep referencing defendants in the other lawsuit, and Erie keeps defending their unnamed colleagues in its use of Progressive’s motion to dismiss from the other case.

For its part, Erie is accused of comments paraphrased as “If you go to our shops we can pay them directly and it will be faster. That company is not on our preferred list.”

The lawsuit also notes Professionals saw its Erie business fell 40 percent after leaving State Farm’s DRP, alleging it was the result of collusion.

Progressive, Erie and the others however argued: “The lack of uniformity in the decline of business from the few Defendants identified (with business declining from some Defendants as little as 40% and from others as much as 75%) also undermines any inference that such decline was the result of a concerted refusal to deal.”