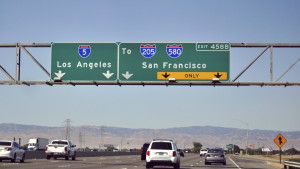 More than a decade after the state required insurers to copy it on any of their labor rate surveys, the California Department of Insurance has proposed spelling out precisely how such surveys should be done.

If adopted, the regulations should further cement what a proponent called California’s already “strongest in the nation” status on the issue. Sadly, that status mostly hinges on the fact that barely any other state keeps an eye on the topic, based on past trade media coverage.

Beyond the confusion and disputes stemming from the nebulous terms of the 2002 regulation and the difficulty in making a hash of survey formats available to the public, the California DOI had received hundreds of complaints about insurers shorting customers and shops on rates.

“The Department received hundreds of complaints from consumers and auto body repair shops, alleging specific instances where consumers were forced to pay out-of-pocket costs, or shops were deprived of their reasonably charged rates due to outdated and unreliable surveys,” the agency wrote. “For example, some insurers’ labor rate surveys relied on artificially large geographic areas or outdated survey data that did not reflect the market rate.”

Beyond this, insurers were allegedly telling customers or shops that their survey methods and desired rates were approved by the state — misunderstanding or misrepresenting the agency’s true status as a “clearing house” for the data, according to the DOI.

“Since surveys currently conducted pursuant to Insurance Code section 758(c) contain no standards for reliability, the Commissioner has deemed many of them unreliable for use by insurers in settling claims,” the DOI wrote. “Further, current regulations do not provide insurers with minimum standards that can be used in surveys that the Commissioner believes do result in reliable labor rate data for use in fair and equitable settlements and payments of automobile repair claims.” And so, Democratic Commissioner Dave Jones proposes to precisely define the nebulous terms which are giving everyone grief. These include geography of market areas (the six nearest shops, including the shop itself), who counts as a surveyable body shop (BAR-licensed and with the right equipment), which rates can be used, how current the survey data must be (28 months, max) and how to calculate the market rate itself (higher of mean or whatever shop has a rate “at or below which a simple majority of surveyed shops charge”).

The new proposal also explicitly states that it’s the middleman, not a seal of approval, on whatever the insurers are producing as survey results.

“They’re going to be really good for consumers,” Jack Molodanof, president of Molodanof Government Relations and the lobbyist for the California Autobody Association, said of this proposal and a March 2 plan intended to curtail steering.

The CAA supports the two proposals, and has issued a call to action for members to contact legislators, fearing insurers might seek a bill to end-run the regulatory effort.

Finally, the documents would standardize what insurers ask on their surveys, removing another source of misunderstanding or wiggle room and allowing the agency to easily post the data to its website. It’s a little unclear from the text, but it appears that insurers can alter the language somewhat but can’t deviate materially from the state’s sample questionnaire.

Among the notable points — shops must provide their posted rate, not their direct repair program rate.

“That’s a big one,” Molodanof said.

The rules don’t bar insurers from negotiating DRP rates or lower or higher amounts with collision repairers. If a shop’s posted rate is lower than the survey rate, the insurer can pay that rate, or vice versa.

The surveys aren’t a requirement for every insurer, nor do they compel insurers which do survey labor rates to follow that template. However, those who elected to use the CDI’s version could receive a “rebuttable presumption” they were acting in good faith on labor rates. Fourteen insurers currently study California rates.

Though insurers pay at least 70 percent of auto body repair orders nationwide, the competition for that other 30 percent should presumably keep the rates provided to the surveys from skyrocketing. Ditto the ability of an insurer to total out the vehicle.

The impetus will be on the shops to fill out the survey — this is a “you don’t vote, you don’t matter” kind of initiative.

“It’ll be up to the shop to put down what they charge,” Molodanof said.

Shops will have to sign the document, and the business “may get in trouble if they start lying about stuff,” Molodanof said. The state doesn’t note any complaints or concerns about shops representing they charge some ludicrous amount on the current surveys. According to the California DOI, rates can range from $25 per hour to $100 per hour, depending on where a shop is based.

Shops in California and other states have alleged in litigation — noted by the DOI in its March 4 proposal — that State Farm manipulates survey results to get a rate it likes, and other insurers just match State Farm’s rate without their own surveys. The shops have alleged this indicates collusion, but the courts to date have thrown out such antitrust claims, noting that insurers would learn that kind of thing anyway out of the course of normal competition. (The California U.S. district court case has since been closed pending the outcome of an Eleventh Circuit appeal.)

“The proposed regulations are expected to lower the complaints being filed by consumers and auto body repair shops based on outdated or unreliable auto body repair labor rate surveys,” the DOI states.” Additionally, this may save the Department and the State of California money and resources by reducing enforcement actions based on unfair and deceptive practices as the result of unreliable and outdated labor rate surveys.”

The state expects it’ll cost an insurer about $1.17 million the first year to both comply with the new rules and pay $1.15 million more to collision repairers. Some or all of that $20,000 administrative cost difference should fall in the years when insurers can adjust their findings by the California inflation rate rather than try a new study. (If deflation occurs, insurers can’t lower the rates.)

Correction Carriers wouldn’t have to use the California Department of Insurance’s labor rate survey template, but those who elected to follow the proposed template could receive a “rebuttable presumption” they were acting in good faith on labor rates. The article has been updated to reflect this.

Correction: The paragraph related to insurer costs has been adjusted to more appropriately reflect the DOI’s findings regarding the effects of the regulation upon insurer administrative costs.