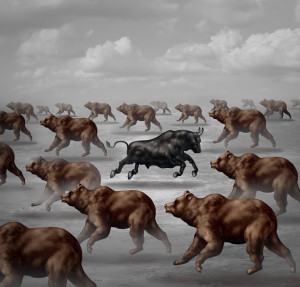 Editor’s note: From time to time, Repairer Driven News features pieces by prolific national columnist Gene Marks. While despite not being directly related to collision repair, they should still prove valuable to the small-business owners and employees which make up much of the industry. Here’s a look at small-business optimism (or lack thereof), originally published in the Washington Post.

Small-business optimism declined for the third straight month to the lowest it’s been in two years, according to an March index issued by the National Federation of Independent Businesses (NFIB). The index continues to remain below its highs from the mid-2000s.

Whenever the NFIB reports a decline in small-business optimism, the usual reasons are given. It’s a slow economy. Global growth is at a standstill. Businesses are buried in government regulations. There’s too much uncertainty from Washington. There’s a lack of skilled workers. Taxes are too high. The election year is causing concern. Markets are shaky. The Federal Reserve’s policymaking is murky. It’s a tough environment to grow.

I’ve heard these explanations many times, and for the most part, they are all valid. And yet, there are so many reasons for business owners to be optimistic and confident, aren’t there? 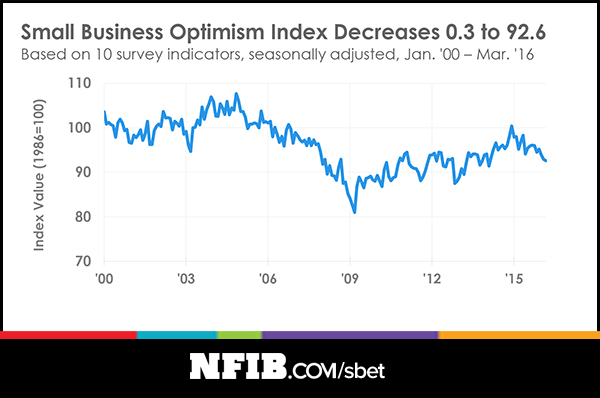 Interest and inflation rates are at historical lows. Capital is readily available. Energy costs are rock bottom. Technology is inexpensive and can enable any two man shop to appear as if it’s a major corporation. The Internet has opened markets for new customers around the world. Innovation has never been higher. Government agencies like the Small Business Administration are expanding their outreach and providing more funds. Tax incentives making capital investments and research and development benefits permanent was passed last year. Anyone can seemingly be an entrepreneur.

And yet, optimism is down.

So what is it? Who’s right in this argument? You can’t generalize for 28 million small-business owners. Some have done amazingly well over the past few years, while others not so much. But to explain the overall lack of optimism, the answer is easier than you may think. It’s just simple math.

A 2013 study from American Express Open found that the typical small-business owner made about $68,300 per year. Human capital firm Payscale reports that we earned about $72,000 a year as recently as January. This Small Business Trends analysis from 2010 shows that the average S-Corp (Most of us file S-Corp returns.) generated $100,000 of annual income on $1.5 million revenues. It seems reasonable to say that the average small-business owner of an established business makes about $75,000-80,000 per year.

As you can see from the numbers above, these earnings are not growing. And that’s because the economy’ has been flat. Since the Great Recession, our economy has grown around 3-4 percent per year, well below most years before. Recently, Atlanta Fed cut its first-quarter GDP growth estimate to 0.1 percent from 0.4 percent. So, like many wage earners, even the income growth of small-business owners has been stagnant.

So earnings are flat. Unfortunately (and like many wage earners) our costs are not. Our three biggest overhead expenses – taxes, people and rents – are increasing.

Taxes are taking a bigger and bigger bite

Yes, the “tax extenders” bill from December 2015 was good news for small businesses. But that’s not cutting into the ever-growing cost of what is our largest line item on our income statement.

The typical business owner making $78,000 per year will take home about $51,000 after taxes. And that’s not including taxes for hotels, airlines, excise, imports, surcharges, communications, purchases of gasoline, cigarettes and liquor and general sales taxes. Or fees (taxes) for building, septic, road usage, highways, trailer and vehicle permits, let alone dog, fishing, hunting or marriage licenses. And there are capital gains and estate taxes.

In 2016, it will take America 114 days before we are “free” of the taxes we have to pay, according to the Tax Foundation, which makes this calculation every year.

“Americans will collectively spend more on taxes in 2016 than they will on food, clothing, and housing combined and if you include annual federal borrowing, which represents future taxes owed, Tax Freedom Day would occur 16 days later, on May 10,” the foundation stated. 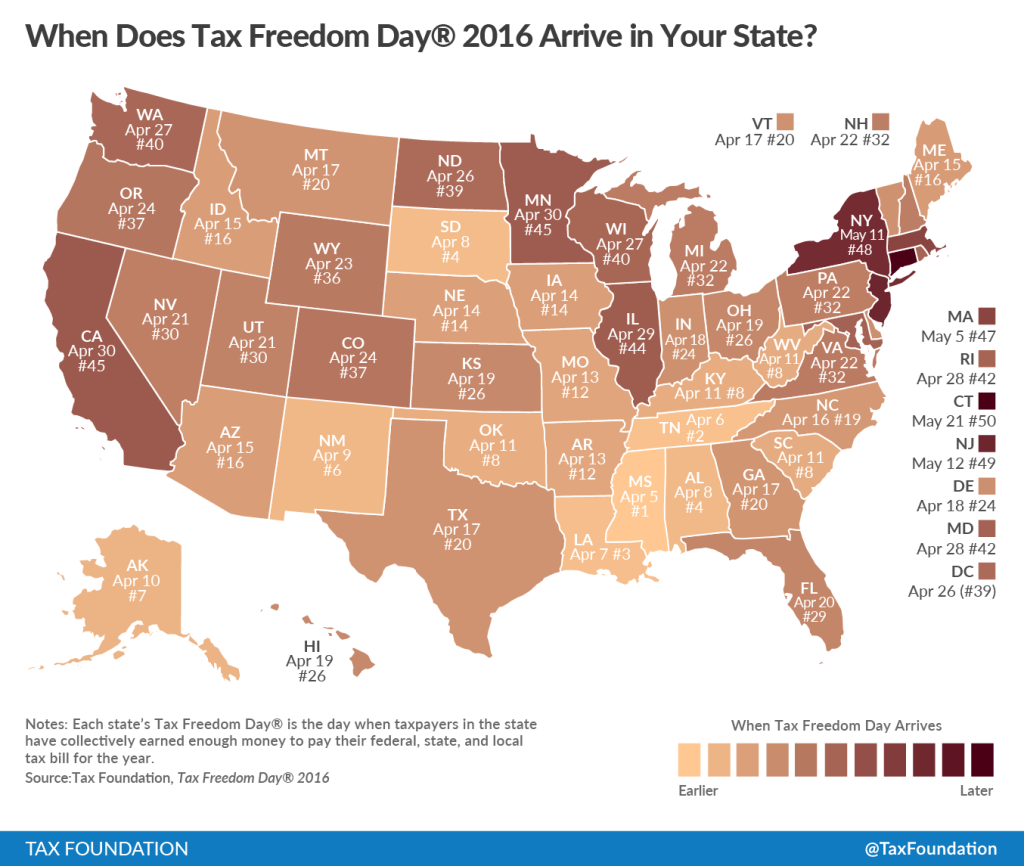 This year is likely to result in the biggest pay increases (about 2.5 pecrent) from employers in over three years, according to consulting firm Korn Ferry.

Minimum wages are going up across the country at a rate of about 8 percent, with many states and jurisdictions raising the hourly rate to as high as $15. Paid time off is required of federal contractors, and similar legislation has been passed in numerous states and municipalities (New York State, following in the footsteps of California, New Jersey and Rhode Island recently passed one of the most far-reaching laws in the country, requiring most employers to offer 12 weeks of paid family leave.)

The Department of Labor’s new rules to increase overtime pay will likely become effective in 2016, and the Occupational Safety and Health Administration has issued new safety rules for employers and increased fines.

And of course, healthcare costs continue to increase significantly despite Obamacare’s efforts to improve the system – that’s another column for another time.

Most businesses lease space in industrial parks and offices. The price to heat our offices this past winter declined a bit, thanks to falling oil prices. But the decline could not offset the increased costs of real estate that has significantly added to our annual overhead.

According to National Real Estate Investor, citing Reis data, both asking and effective rents grew between 2-2.2 percent last year, and retail, hotel and industrial rents could grow between 4-5.6 percent this year.

Our revenues are not keeping up with expenses. Optimism is falling for small-business owners. And you don’t have to guess why. Just do the math.

“Gene Marks: Why small businesses are not feeling so sunny these days. Just do the math.”

The Small Business Optimism Index from the National Federation of Independent Businesses decreased in March 2016. (Provided by NFIB)