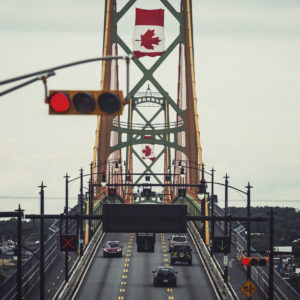 Recognizing the boom in automaker collision repair certification networks, the Automotive Industries Association of Canada announced Friday it would develop a national accreditation standard this fall.

“The industry is seeing a rapid growth in OE certified repair network programs, each with different standards and costs to participate,” AIA Canada Chairman Emeritus Tony Canade, also the president of the 50-shop MSO Assured Automotive, said in a statement. “AIA has been approached by a considerable number of major networks and multi-store owners (MSOs) from the Canadian industry to provide a neutral and cost-effective way to get their shops accredited against these programs.”

The mechanical and collision repair organization wrote in a news release Friday it was “collaborating with major stakeholders in the industry to roll out the program on schedule.”

AIA senior industry programs director Andrew Shepherd gave a little more insight in an interview Monday, though he said he couldn’t reveal too much at this phase and not all decisions about the program were finalized.

“The Association has a proven track record servicing the collision sector through I-CAR Canada, the Canadian Collision Industry Forum (CCIF), and our Collision Council,” AIA President Jean-François Champagne said in a statement. “An accreditation program is a natural extension of these efforts.”

In this case, multi-shop operators had asked for some sort of industry standards, and the AIA itself was obviously aware of the intense OEM interest in collision networks, Shepherd said. He said insurers also were seeking guidelines as well.

“The need for a standard is not in opposition,” he said.

The AIA has contacted automakers about its interest in an accredition program, and “we’ve had expressions of interest from the OEs.” The organization hasn’t yet talked to insurers.

“There’s a real optimism that this can be a solution that serves everyone,” he said.

Asked if it would be something along the lines of Assured Performance, which offers shops and OEMs a certification program in which recognition by one can apply to multiple automaker networks, Shepherd said, “I think we’re headed in a slightly different direction.”

However, he said it would give weight to conducting a proper repair through means like OEM procedures.

“That’s first and foremost,” Shepherd said. “… There’s no moving away from that.”

Speaking of OEM standards, U.S. repairers will really benefit from watching the highlights reels from CCIF. Here’s our coverage of the OEM footage from an earlier version of the CCIF videos page— which has since been updated with some new fun, fascinating and provocative stuff, including these two compilations. Much of this information will likely be applicable to the U.S.; though some is Canada-specific.

Automotive Industries Association of Canada, May 13, 2016