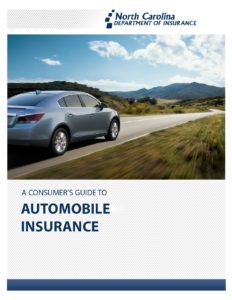 Following collision repairer efforts, the North Carolina Department of Insurance has removed language from a state brochure that might have been construed to mean an insurer only owed the costs charged by the cheapest auto body shop in an area.

At least one insurer, GEICO, had quoted the misleading 2010 version of the “Consumer Guide to Automobile Insurance” Q&A to avoid paying part of a claim, according to K&M Collision operations manager Michael Bradshaw and documents provided to Repairer Driven News.

Can an insurance company tell me where to get my car fixed?

No. An insurance company cannot require you to go to a particular repair shop. An insurer can suggest a repair shop. If the company can have the same repairs completed at a lower cost from a different shop, you may be required to pay the difference.

That’s not even state law, according to Bradshaw, who said the DOI agreed. In fact, another passage on the same page stated that if customers dispute the amount the insurer will pay for the claim, they can exercise an appraisal clause in their policy and have a state umpire weigh the difference between an insurer and customer’s appraisals.

The new 2016 guide, available online here and seen above, is quite similar to the old one seen in the composite below, but it deletes the questionable sentence. It retains the appraisal Q&A:

You can elect to use the appraisal provision of your policy. According to the provision, you and the insurance company will each choose a competent appraiser. The two appraisers will then select an umpire. The appraisers will state separately the ACV and the amount of loss. If they do not agree, they will submit their differences to the umpire. A decision by any two will be binding.

The insurance company and the insured will pay its chosen appraiser and bear the expenses of the appraisal and umpire equally. 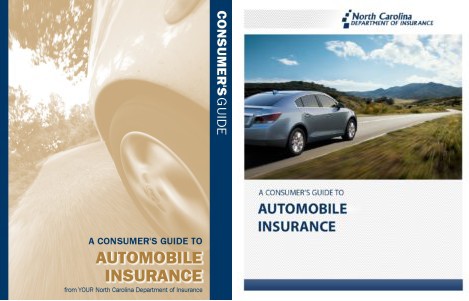 The effort to change the language started in early 2014 and involved the work of a few collision repairers, including Bradshaw, Billy Walkowiak, president of Collision Safety Consultants, and Pack Brothers Collision Center President Ronnie Pack. In 2015, the state repeated a 2014 promise to change the guide and invited Bradshaw to submit language.

But staff changes appeared to stall the effort until about a month ago, when Bradshaw emailed a different DOI contact: Kathy Shortt, deputy commissioner for consumer services.

“I was pretty pushy” because of the wait, Bradshaw said, but Shortt really seemed to get things moving at the NCDOI again.

“She was different,” Bradshaw said.

He said he offered some proposed language, the NCDOI revised it, and ultimately, the document available today was published.

“The big thing that we wanted,” Bradshaw said, was a reference to the Motor Vehicle Repair Act requirement that it’s illegal for any motor vehicle repairer to ignore OEM repair procedures.

“It shall be a violation of this Article for any motor vehicle repair shop or employee of a motor vehicle repair shop to … (r)ebuild or restore a rebuilt vehicle without the knowledge of the owner in a manner that does not conform to the original vehicle manufacturer’s established repair procedures or specifications and allowable tolerances for the particular model and year,” the law states.

The DOI felt it couldn’t include it because the agency doesn’t actually regulate body shops, Bradshaw said. However, it agreed to place a link to the law on its portal of auto insurance consumer information; the new Consumer’s Guide and FAQs from it are also available there.

Bradshaw said he also would have liked to have changed the line “The amount determined by the insurer to be payable under the policy, will be paid regardless of whether or not you use the recommended repair service,” but that sentence was essentially lifted directly from state statute, that was more of a legislative issue than a DOI problem.

He said he worried the statutory (and guide) language could could be misunderstood as giving a insurer free rein to pay whatever it wanted on a claim, when it really referred to a shop choice law protection: An insurer couldn’t cut its estimate just because a policyholder chose a shop it didn’t like. 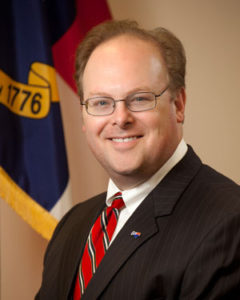 “It’s a step in the right direction,” he said. “… It’s not perfect, but nothing ever is, it seems like.”

He expressed gratitude to the Department of Insurance for its receptiveness on the issue, and he noted Democratic Commissioner Wayne Goodwin’s willingness to meet with collision repairers in October.

“I’m not anybody special,” he said, joking that the agency heard him out when “… they could have told me to pound salt.”