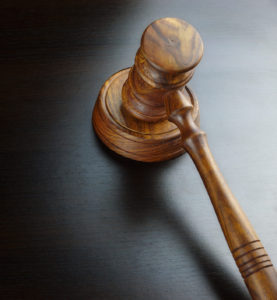 Presnell on Dec. 22, 2016, stayed five cases from various states which a federal panel had consolidated before his court.

All five involve collision repairers suing insurers for allegedly trying to artificially deflate auto body compensation and interfering with repairer businesses. However, the Crawford’s Auto Center and K&M Collision v. State Farm et al case filed by Pennsylvania and North Carolina repairers takes a different legal approach than the other four lawsuits — a point made by its plaintiffs in their motion Jan. 19 to end the stay.

Presnell appears to have agreed with the shops that he was incorrect to equate the Racketeer Influenced and Corrupt Organizations Act Crawford case with the other four Sherman Antitrust Act lawsuits.

“The above referenced cases are still pending before me with outstanding motions to dismiss,” Presnell wrote Dec. 22, 2016. “Resolution of the cases on appeal will likely resolve the antitrust claims in these cases.”

That might sound like putting the cart before the horse, but those four cases follow a similar template to several collision repairer cases on appeal before the Eleventh Circuit after Presnell threw out their Sherman Antitrust Act price-fixing and boycott claims and numerous but not all state claims for good.

The appeal accuses Presnell of overly relying on the arguments of the defendant insurers and giving short shrift to the plaintiffs. The appellant shops also disparaged his application of Virginia, Kentucky, New Jersey and Missouri state law.

Two Louisiana shop v. insurer cases also appealed, but for now have petered out in the Eleventh Circuit and are at least for now closed.

Still other states’ cases are either still active in Presnell’s court, or have not yet appealed despite being partly or completely dismissed with prejudice.