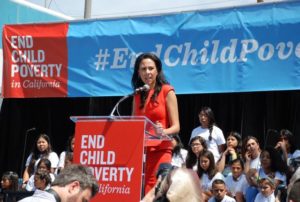 A California bill up for a hearing Wednesday would undercut antisteering measures just enacted by the California Department of Insurance.

Besides removing language preventing carriers from unduly inconveniencing policyholders who opt not to use a direct repair program shop, Assembly Bill 1679 would eliminate a barrier to carriers demanding a second estimate from a shop of their choice.

It also allows insurers to continue to pitch a direct repair program shop even after a customer has expressed they’d like their vehicle repaired somewhere else.

AB 1679, sponsored by Assemblywoman Autumn Burke, D-Inglewood, eradicates California Code 2695.8(e) — which took effect Jan. 1 and demanded compliance by March 12 — as well as anything else in conflict with the amended Insurance Code 758.5 created by the bill.

The antisteering regulations were adopted last year to build off 2009 regulations, following a situation the California Department of Insurance in March 2016 described as:

After the passage of the current regulations (in 2009), the Department continued to receive complaints that insurers engaged in steering consumers to specific automotive repair shops. From 2009 through present day, there have been over 160 complaints related to Ins. Code section 758.5. Based upon the Department’s investigation of these complaints, the Department concludes that in many cases, consumers’ rights to select a repair shop have been violated under the Ins. Code. When untruthful and deceptive information is conveyed by insurers, consumers are unknowingly forced to take their automobiles to shops they may not have wanted to go to in the first place, and other competitive automotive repair shops may lose potential business, stifling the free market and consumers’ rights to select a repair shop.

Under the CDI regulation, a carrier can’t force a customer to travel more than 15 miles in higher-population areas (100,000 people or more) and 25 miles anywhere else for an inspection or estimate.

“This subdivision is reasonably necessary to address complaints received by the Department that insurers would require a claimant to travel significant distances to have their vehicle inspected if the claimant had selected their own repair shop, but would facilitate inspections and other work at much closer locations preferred by the insurer,” the CDI wrote in November 2016. “Given past confusion and complaints regarding what constituted an ‘unreasonable distance’ under the prior regulations, it is necessary to create a bright line distance rule to promote certainty and transparency for all parties to an auto repair claim.”

Insurers also can’t take more than six days to inspect a vehicle, removing the ability to drag out a repair to punish a customer who dared to select a shop other than an insurer’s DRP partner — a business arrangement that often involves cutting costs for the insurer.

“It is reasonably necessary to establish a ‘reasonable time’ for vehicle inspection to address inconsistency in how insurers applied the currently existing rule, as well as to spare claimants from unreasonable delay in the settlement of their claim,” the CDI wrote. “A bright line rule provides certainty for all parties to the claim. The Department has received numerous complaints that some insurers will delay inspections at facilities chosen by the consumer, but state to the claimant that an inspection can be done right away at the insurer’s preferred facility, as a means to persuade the claimant to select a different repairer; this subdivision is reasonably necessary in order to prevent such steering behavior.” 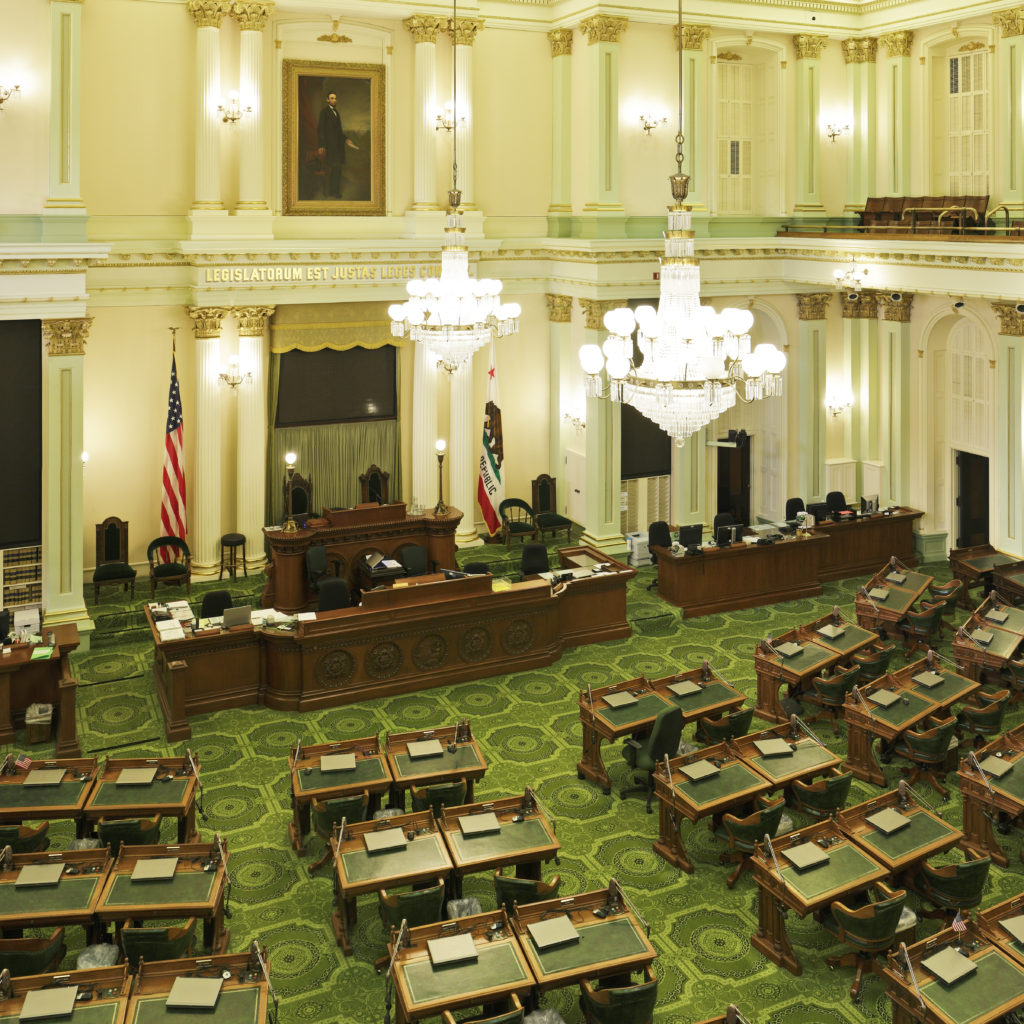 “This subdivision addresses circumstances wherein claimants have previously chosen a specific automobile repair dealer, and the insurer subsequently requires that a claimant go to a different repair shop to have the vehicle inspected,” the CDI wrote. “This practice creates the potential for improper steering to that insurer-directed shop, even after the claimant has exercised his or her right to choose a different repair shop. As discussed in further detail in responses to specific comments, the Department has received numerous complaints regarding steering and unfair claims settlements practices which can only take place when the claimant is required to submit to vehicle inspection at a location chosen by the insurer. The proposed regulation does not ban inspections at an insurer-designated location after the claimant has selected an auto repairer, but prohibits insurers from requiring claimants to submit to these types of inspection. The proposed regulation is reasonably necessary to prevent insurer steering behaviors which result from the claimant being required to have their vehicle inspected at a location chosen by the insurer.”

The carrier can’t just capriciously badmouth a non-DRP shop or insinuate they’re not as good as a DRP facility. Under the law, a carrier can’t

(3) communicate false, deceptive, or misleading information to the claimant, including, but not limited to:

(A) Advising the claimant that an inspection of the vehicle will occur at a date that is later than required by subdivision (e)(4) of this Section 2695.8.

And once a customer has selected a shop, the carrier must shut the hell up unless prefacing their steering with written notice of their shop choice rights.

In place of all of this language aimed at ensuring carriers comply with the spirit of 2009 antisteering law, Burke proposes that so long as a carrier reminds a customer of their right to pick a repair facility, the insurer can talk the policyholder’s ear off. In contrast to the CDI’s regulation, AB 1679 seeks to codify things an insurer can say and do, rather than what they cease doing. This includes continuing to sell the customer on a DRP shop after the customer’s made their pick:

Notwithstanding paragraph (1), an  insurer may provide the claimant, at any time, with specific, truthful, and nondeceptive information, including, but  not limited to any of the following:

(B) Information about the expected timeframes necessary to complete the repairs of the damaged motor vehicle at the repair shop selected by the claimant.

(D) Information about equipment or technical capabilities that a repair shop may need in order to accomplish the necessary repairs on the damaged motor vehicle.

(E) Information about the types of parts that may be used in making the necessary repairs to the damaged motor vehicle.

(F) Information about parts or workmanship warranties and the quality of workmanship that may be available from different repair shops.

As the Minnesota Department of Commerce found out when it unsuccessfully tried to crack down on alleged Safelite steering for AAA, such statements can insinuate a lot about a non-DRP shop that isn’t necessarily true. (Safelite’s apparently scripted reminders to customers that they “may” be balance-billed by using a non-DRP glass company — even when the shop is on the line saying it won’t happen — were deemed protected speech under the First Amendment.)

Think about what could be implied about your shop with this “information” if these statements aren’t formally pegged to the California’s nearly 60-year-old “reasonable care” standard and if an insurer can keep making these claims even after a customer has selected your shop.

Burke’s bill offers no such pressure regarding reasonable behavior in comments about a non-DRP shop, and brings to mind a phrase from the CDI about “weak or ineffective regulations.”

The proposed regulations are the result of years of workshops, public hearings, correspondence, and countless discussions between Department and insurance industry members. During this time, insurers have continually downplayed the importance of consumer complaints and sought to promote weak or ineffective regulations. The Department represents the interests of consumers, which, in this case, are not aligned with the interests of insurers.

AB 1679 is a busy little bill; it also would allow ludicrously flawed labor rate surveys to receive a presumption of good faith from the state. (Speaking of “weak or ineffective regulations.”)

The measure will be heard at 9 a.m. Wednesday before the Assembly Insurance Committee. Follow along here.

Clarification: An earlier version of this article incorrectly represented California Insurance Code section 758.5’s antisteering provision. An insurer may recommend a shop after the customer has made a selection if a “policyholder has been informed in writing of the right to select the automotive repair dealer.” The article has since been corrected.