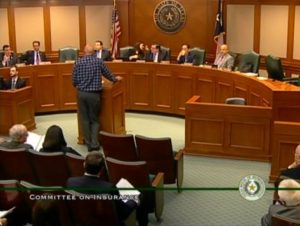 Supporters will have to try again from the start with the 2019 session.

“Yes, we will have to start all over, but I was told by a legislator that the process will be easier due to our limited success this year,” Auto Body Association of Texas President Burl Richards (Burl’s Collision Center) wrote in an email Friday. “We will definitely be Re-Introducing the bill, along with something new.”

“We will be back as we have laid the ground work to get more things done,” Houston Auto Body Association legislative board member Larry Cernosek (Deer Park Paint & Body) wrote in an email Friday.

The Insurance Committee, which heard HB 3804 in April (hearing video is here; worked best for us on Firefox), voted 6-3 April 26 in favor of an amended version of the bill. HB 3804 was placed on the general state calendar May 9 but failed to garner a floor vote before the House adjourned May 28. 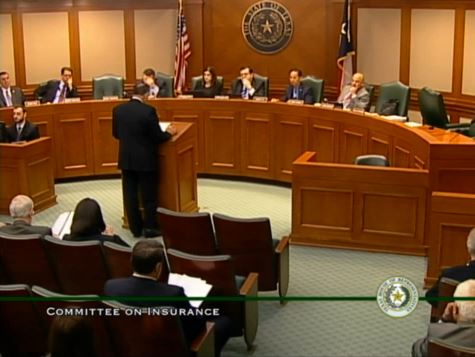 “We will never know if our efforts would have passed this bill,” ABAT wrote this month. “… We learned a lot this 2017 legislative session and we have a lot of work to do before the next.

“The legislative process is something that will always be on the Auto Body Association of Texas agenda. We will actively address the issues that collision repairers are facing in today’s market. We have found that most Texas legislators are trying to do the right thing.  We need to give them the tools to understand our complex industry.”

The bill sponsored by Rep. Travis Clardy, R-Nacogdoches, would have taken effect Jan. 1, 2018. It would have clarified and emphasized antisteering provisions and shop choice laws.

It also would have barred insurers from rejecting procedures identified in an estimating system.

“The bill simply would increase transparency for consumers and carriers and would ensure that carriers calculated repair estimates fairly and paid auto repair shops the fair cost of the repair estimate,” a legislative summary of a supporters argument states. “It should not raise insurance rates because carriers already are prohibited from specifying that a customer use a certain shop or replacement parts.”

The committee tweaked quite a few things from the original before it passed the bill. Here’s a look at its changes, which presumably lawmakers might want to see again in the 2019 version of the bill:

The amended bill specifies that a first-party claimant’s shop choice right extends to any shop who will “repair damage to the vehicle to the vehicle’s condition before the damage occurred in order for the beneficiary to obtain the repair without owing any out-of-pocket cost other than the deductible.”

The only perk an insurer can offer a first- or third-party claimant to use its direct repair program shops is its own warranty or the one offered by the DRP shop, rather than a warranty and a list proposed in the prior draft.

“Many Texans live in rural areas, and it is difficult for them to have their cars towed to use an approved repair shop in a major city,” states a legislative summary of a supporter’s argument (apparently for the amended bill).

The committee also preserved one of the more interesting parts of the bill, which stated that a carrier couldn’t “disregard a repair operation or cost identified by an estimating system.” But it goes a step further by expanding these costs and operations to those in “the system’s procedural pages.”

However, it makes a major change in specifying which estimating system would be used.

The original states simply that the estimating system in question was one “previously agreed on by the insurer and the repair person or facility to determine the cost of repair.” The amended bill defines that system as one “selected by the insurer for use in writing the automobile repair estimate for the motor vehicle.”

Neither language is ideal. The former assumes an insurer who likes one IP and a shop who swears by another will reach an agreement and doesn’t explain what happens if they can’t agree. But the amended bill is even worse, as it binds a shop to the insurer’s estimating system — even if the shop doesn’t have it or want to use it. Both also assume that all repair operations and costs are contained in an estimating system and ignores the actual OEM, paint, supplies and tool manufacturer repair procedures — the true standards of repair.

The committee also threw out a rule that an insurer couldn’t “refuse to pay the reasonable and necessary cost of a repair operation for covered damages less any portion of the cost that is the insured’s responsibility under the policy,” defining “reasonable and necessary” as any time a procedure and bill “are in accordance with an estimating system that is recognized by the commissioner.”

The amended bill discards a clause that “An insurer is not liable for damages arising from the work performed by a repair person or facility selected by the beneficiary or third-party claimant.” That’s an interesting change, and potentially handy for non-DRP shops which could have otherwise been browbeat by a carrier through hassles and denials into substandard repairs to save money.

It also throws out a series of rules related to a demand that a carrier must produce a list of all body shops near a claimant which meet certain conditions (and remind the customer of their right to pick any shop). In all fairness, the list  might have been an unrealistic and unfair demand to an insurer — they’d have to maintain such a list, tailor it to each claimant, and hope they didn’t miss anybody or include someone who met the criteria once but doesn’t any more.

It rejects another requirement that “If a beneficiary or third-party claimant makes a claim seeking
repair of an automobile, the insurer, including the insurer’s agent or broker, may have access to the automobile to prepare a competitive estimate.”

The legislative summary was scant in describing bill opponents’ arguments, summarizing them as:  “CSHB 3804 could prohibit car insurance companies from using practices that help lower auto insurance premium costs for the consumer and costs for the insurer.”

For more about what opponents (and supporters) had to say, check our our hearing coverage here and here.

Be heard: Texas legislator contact information can be found here.