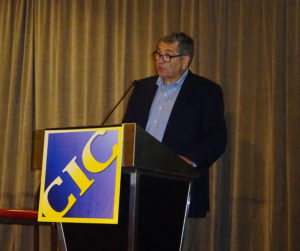 If you were in Chicago for the Collision Industry Conference or NACE last week and unable to keep up with the auto body repair industry’s news because of the travel, training, buying or networking, don’t worry. Repairer Driven News has you covered.

Below, find links to all of our coverage over the past few days:

“Mitchell overhauls UltraMate for cloud access, collaboration”: Mitchell on Monday announced a major upgrade from UltraMate that will allow cloud-based estimating across multiple devices and permit a user to have more than one estimate open at once.

“General Motors to certify auto body shops in 2018”: General Motors announced Tuesday it would “launch a comprehensive collision certification program in 2018,” adding what Statista calls the nation’s No. 1 automaker to the list of OEMs developing and recommending customers to auto body shop networks.

“Mitchell commits to BMS support ‘without toll charges’”: Mitchell on Wednesday committed to a means “without toll charges” for a collision repairer to exchange BMS data with business partners, drawing a major competitive distinction between the estimating service and rival CCC.

“GM offers idea of what it might do with telematics, collision repair”: Though the company checked him from revealing too much, a General Motors staffer Wednesday suggested how the company was considering using OnStar and telematics to streamline the collision repair process and influence the customer’s choice of shop.

“Manager’s comments in Texas deposition might feel familiar to some shops”: Auto body shop owners, managers and technicians across the country might want read the deposition of a Texas dealership collision center’s director and take a look in the mirror.