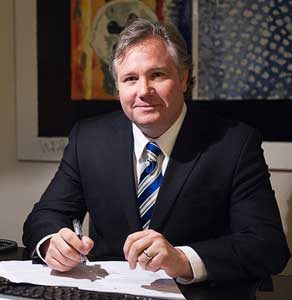 An attorney for dozens of auto body shops nationwide said he expects the Eleventh Circuit Court of Appeals’ favorable ruling Thursday will lead even more collision repairers from as yet unrepresented states to join the sweeping multidistrict steering and antitrust case against the nation’s largest auto insurers.

Eaves said he was “really proud” of the collision repairers who “kept the faith.” He said he expected shops in other states to join the litigation.

The five cases had been dismissed without prejudice and appealed without being amended to correct what Presnell considered deficiencies.

Another four cases — Leif’s v. State Farm (Oregon), Rodenhouse v. State Farm (Michigan), Pacific Coast v. State Farm (California) and Haury’s v. State Farm (Washington) — were dismissed mostly without prejudice but were subsequently closed after not being amended. Presnell refused to consider motions for attorney’s fees or sanctions on Leif’s, Rodenhouse or Haury’s until the Eleventh Circuit reached a decision on the appeals. These lawsuits should presumably all be reopenable.

Other states’ lawsuits were amended to provide even greater detail — adding examples of alleged steering, for example — but ultimately saw most or all of their counts dismissed with prejudice.

However, Parker and Southern Collision were thrown out by the appellate court after attorneys missed a deadline, and their future remains unclear. Auto Body Specialities and Alpine just answered the court’s questions on whether the chain of events in the Middle District of Florida prevent them from appealing to the Eleventh Circuit.

Automotive Alignment in Mississippi appears free of any similar complications — which likely bodes well for the appeal to succeed just like the other five cases Thursday.

Four amended lawsuits in other states were stayed in December pending the outcome of the appeals — suggesting good news for those shops as well. Those include  AASP v. State Farm and AASP v. Erie (Pennsylvania), Kallemeyn v. 21st Century (Illinois) and Only One v. State Farm (Alabama).

“We think that he will now let those go forward,” Eaves said of all of the stayed cases.

A&E v. 21st Century (Florida), Brewer v. State Farm (Tennessee) and Legends v. State Farm (Arizona) were all amended, dismissed with prejudice and closed but not appealed; it’s unclear what will happen to them.

Discussing A&E, the case which has generally informed all of Presnell’s decisions, Eaves said there’s the possibility of resurrecting the lawsuit or perhaps even refiling it based off of new insurer behavior — the kind of abuses his clients alleged are still continuing, he said.

“We’re looking at that right now,” he said of a decision on the Florida case.

The defendant insurers, which include Nos. 1-4 State Farm, GEICO, Allstate and USAA, could still petition the appeals court to reconsider the ruling, Eaves noted. He said they have a short window in which to do so.

“There may be some additional tactics that they employ,” Eaves said.

But once that phase ends, shops can move on to discovery — which could be pretty interesting for the industry.

“This is what really counts now,” Eaves said. “We’re back on the battlefield, and we’re ready to get that information.”

Crawford’s v. State Farm (filed in Illinois by Pennsylvania and North Carolina auto body shops), a different RICO, fraud and unjust enrichment lawsuit against insurers also consolidated before Presnell, has also been appealed to the Eleventh Circuit after being dismissed with prejudice. Shops on Sept. 1 argued that the Middle District of Florida’s interpretation of RICO law and refusals to allow the shops to amend and add certain exhibits to their case were incorrect.