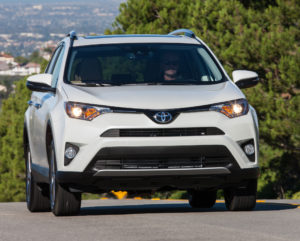 Owners, managers, estimators, repairers — and even painters — can and should learn how to use Toyota’s OEM repair procedures with a new free video by Collision Advice and Toyota.

The film, posted last week on Collision Advice CEO Mike Anderson’s YouTube channel, presents and takes questions on Toyota’s “TIS” website (http://techinfo.toyota.com). The site contains all the OEM’s position statements, CRIB bulletins, technical service bulletins and mechanical and collision repair procedures — everything you need to safely and properly fix a customer’s vehicle. It’s more important than ever in light of Toyota’s decision to remove TSB and CRIB documents from its Collision Repair & Refinish Training website out of a fear that some outdated information would inadvertently linger there. (As we’ll get into shortly, Toyota updates TIS with a speed that might not be matched by other sites reproducing the technical content.)

Anderson said he was hosting these webinars because “Who Pays for What?” surveys done by his shop and CRASH Network revealed that not all collision repairers are accessing procedures anew on each repair. He was “very concerned” that the industry might not be delivering such a “safe and proper repair.”

Why do you need to access procedures every time if you do the same vehicles over and over again? Anderson cited one automaker who has changed its bedside installation instructions four times in a year. He also offered the Toyota-specific example of a particular non-reusable part (he didn’t specify which one). A repairer who failed to consistently recheck procedures would have missed the fact that Toyota later designed a way to reuse the component, according to Anderson.

The “Who Pays?” study also found more shops shops using the third-party aggregator ALLDATA, which licenses repair instructions from the OEMs, than directly accessing official OEM procedure websites like TIS. Asked about this, collision repairers said they didn’t just go right to the OEM source because “they did not know how to navigate the websites.”

Hence the webinars, which debuted last month with the Toyota film.

Toyota also has produced a “not a very long” tutorial video for TIS that a shop can watch without a subscription, Anderson said.

The standard version of TIS costs $400 a year, while the professional/diagnostic edition — which gives a shop Toyota scanning software and which Collision Advice CEO Mike Anderson recommended repairers use — is $1,095. (Respective two-day passes for $15 or $55 exist, if you’re that rare shop that barely sees a Toyota.) There’s a “security professional” option, but that’s just for dealers, Anderson explained.

Insurers can also pay to use TIS, and Anderson said he knew of some who subscribed on the corporate level. Diaz said Toyota would negotiate a price on a case-by-case basis for insurers, which appeared to be a reference to a carrier receiving a bulk discount to put their entire company on the software.

The webinar highlighted a few of the site’s features, including:

A comprehensive VIN decoder is included with the subscription. Punch in a vehicle VIN, and a shop receives data like outstanding recalls; the status of Safety Connect; and the actual build data — all of the options actually contained on that unique car, and the actual terms Toyota uses to classify such a feature, according to Anderson. (For example, the OEM refers to autobraking as “pre-collision system.”) The latter makes searching for repair information by keyword easier, Anderson said.

This decoder can be particularly useful for a Prius, as it doesn’t have an emblem like “SE” to tell you the trim, Anderson said. A “damage diagnosis document,” which Anderson called “my favorite thing” and something he hadn’t seen on any other OEM. The intended crash energy transfer pattern is shown, which lets a shop know where to inspect.

For example, a hit in the center pillar might send energy to the firewall, according to Anderson. He said he didn’t always check the firewall in his career, but “I will from now on.”

The ability to give feedback. Think a repair procedure is awesome? Think it’s incomprehensible or contradictory? Toyota gives you the option of voicing your opinion and rating the document.

The search feature. It’s based on Boolean logic, which means you can use terms like AND and OR between keywords (for example, “structural AND foam”; “headlight OR headlamp”) to quickly narrow down results to a manageable number or suss out Toyota’s terminology. A user can also put quotation marks around a term, for example, “pre-collision system” and search for that specific phrase by itself.

The webinar also stressed the immediacy of the Toyota OEM website in relation to competing options.

Third-party OEM repair procedures aggregators like ALLDATA and the three estimating services might have periods in which their repair procedures listed are obsolete, the Collision Advice-Toyota video suggested. Anderson said in his experience, most third-party sites receive updates quarterly from OEMs, though he noted Toyota had a deal with Mitchell to obtain changes or updates. (It’s unclear if this is a reference to Mitchell’s ability to convert Toyota and Scion repair procedures into estimate line items or its general Tech Advisor repair procedure aggregator.)

As an OEM might change its procedures multiple times, for a “serious thing … going to TIS directly is always going to give you the most recent information,” Anderson said.

Shops who save a document as a favorite (a TIS feature) won’t be alerted that it’s been updated, Diaz said.

“You have to be monitoring this on a daily basis, if possible,” he said.

If you look at recent documents and tech tips, “every day, we publish updating,” Diaz said.

For example, the company might have a midyear production change, and can send the information about the reconfigured cars “right away” to shops daily, according to Diaz.

“Some shops, they ignore it, and then they pay the price,” Diaz said.

Toyota is also in the process of purging outdated technical bulletins from TIS so a shop can at least be sure the information in an older one hasn’t been superceded by another, according to Diaz.

The 2017 Toyota RAV4 Limited is shown. (Provided by Toyota)

A 2017 “Who Pays for What?” survey also shows an interesting increase in the percentage of shops using I-CAR’s Repairability Technical Support portal and actual OEM websites to access procedures. (Provided by Collision Advice and CRASH Network)

The 2016 Toyota Prius Touring is shown. Note the absence of trim emblem. (Provided by Toyota)

Though usage has again ticked up since the prior year, the number of shops reporting consistently consulting OEM procedures still remains far lower than where it ought to be, a 2017 “Who Pays for What?” survey found. (Provided by Collision Advice and CRASH Network)